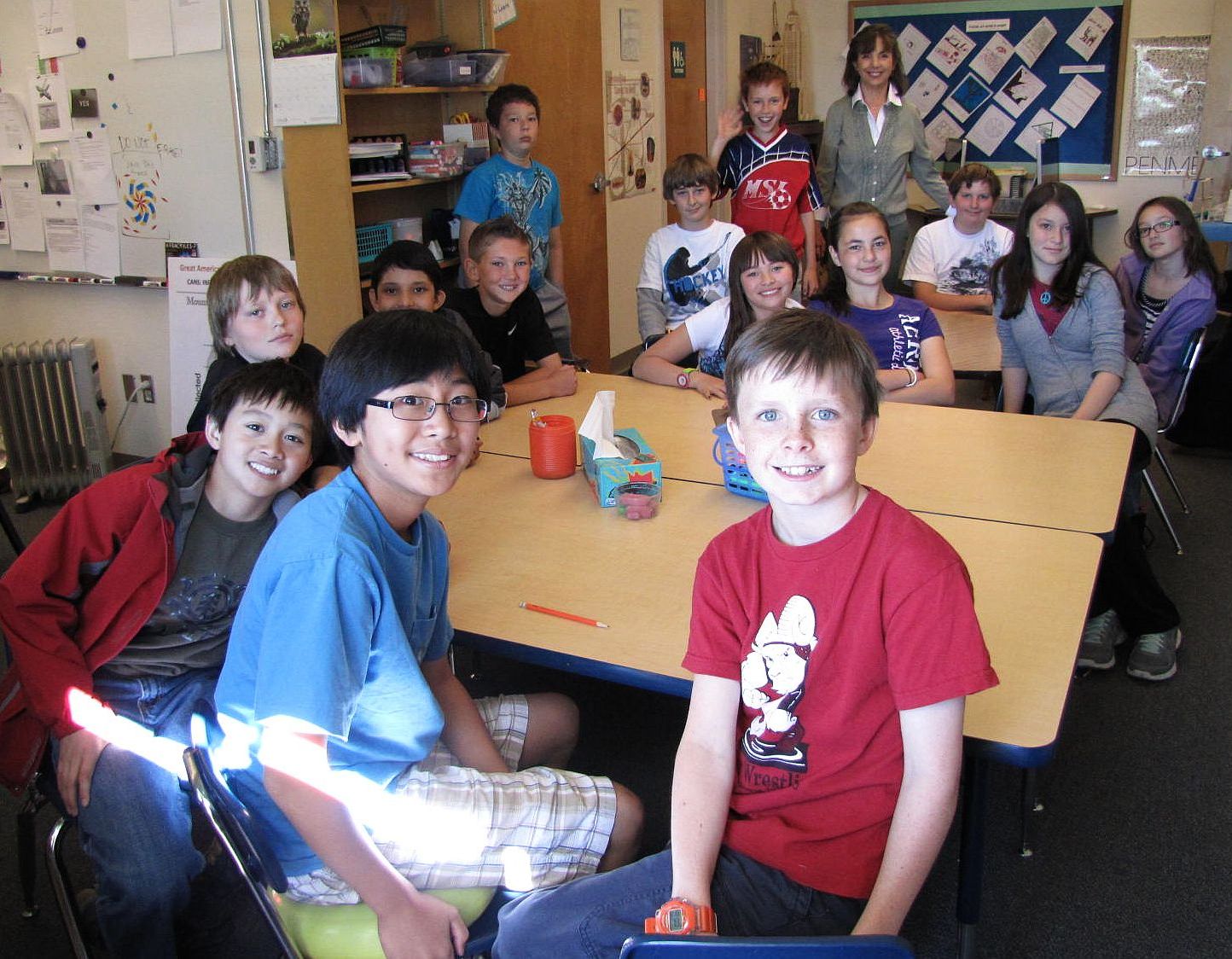 The Los Alamos Daily Post met with the students last April and spoke with them about the various aspects of developing a newspaper.

Over the next 15 days, the Los Alamos Daily Post will feature one of these newspapers each day.

Altherr introduced this project to her students as part of her teaching through the integrated projects approach. Science, Technology, Engineering, and Math (STEM) is not just science or technology or math or engineering, but rather an integrated approach to these studies.

STEM engages students and increases motivation with project-based learning, encourages students to solve authentic problems, and asks them to work with others to build real solutions.

“There are many layers of learning behind each one these newspapers,” Altherr said. “Their projects are the result of initially investigating how our brain and nervous system work, learning about the early and recent scientific work in the area of intelligence, developing a group definition of intelligence, and finally considering whether other creatures on this Earth are intelligent. Math and writing were integrated as we studied complexity, statistics and the newspaper writing style.”

Altherr explained that these students will face a very complicated future due to climate change and population growth.

“Problems like new pandemics, lack of clean water, and wars over resources will only be solvable by people who know how to collaborate with people of different strengths, be flexible in their thinking, take creative risks, and reflect honestly on the outcome of their actions,” she said.

The first of the student newspapers to be published is The Daily Dendrite featuring the story, “Octopi, To Be Smart Or Not To Be Smart.” 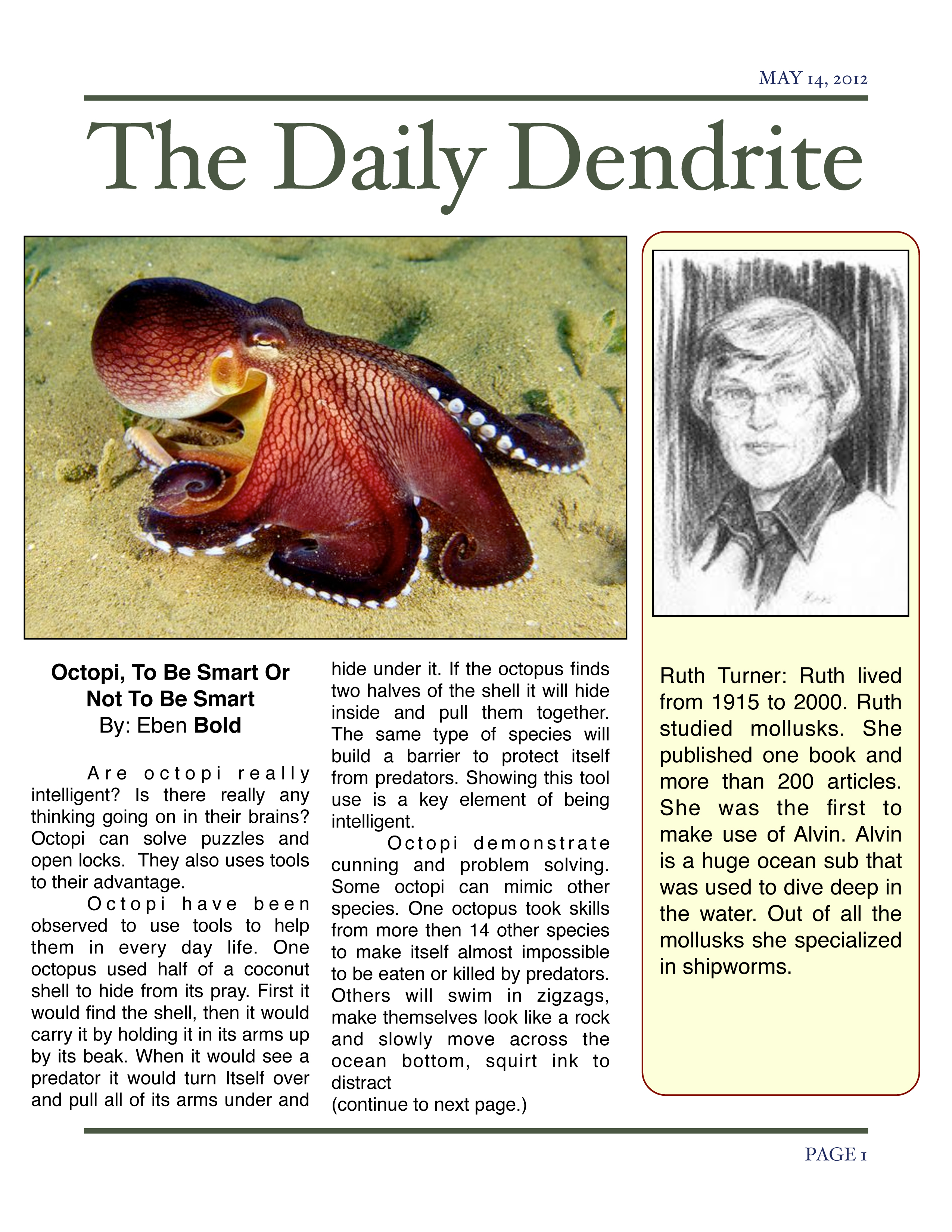 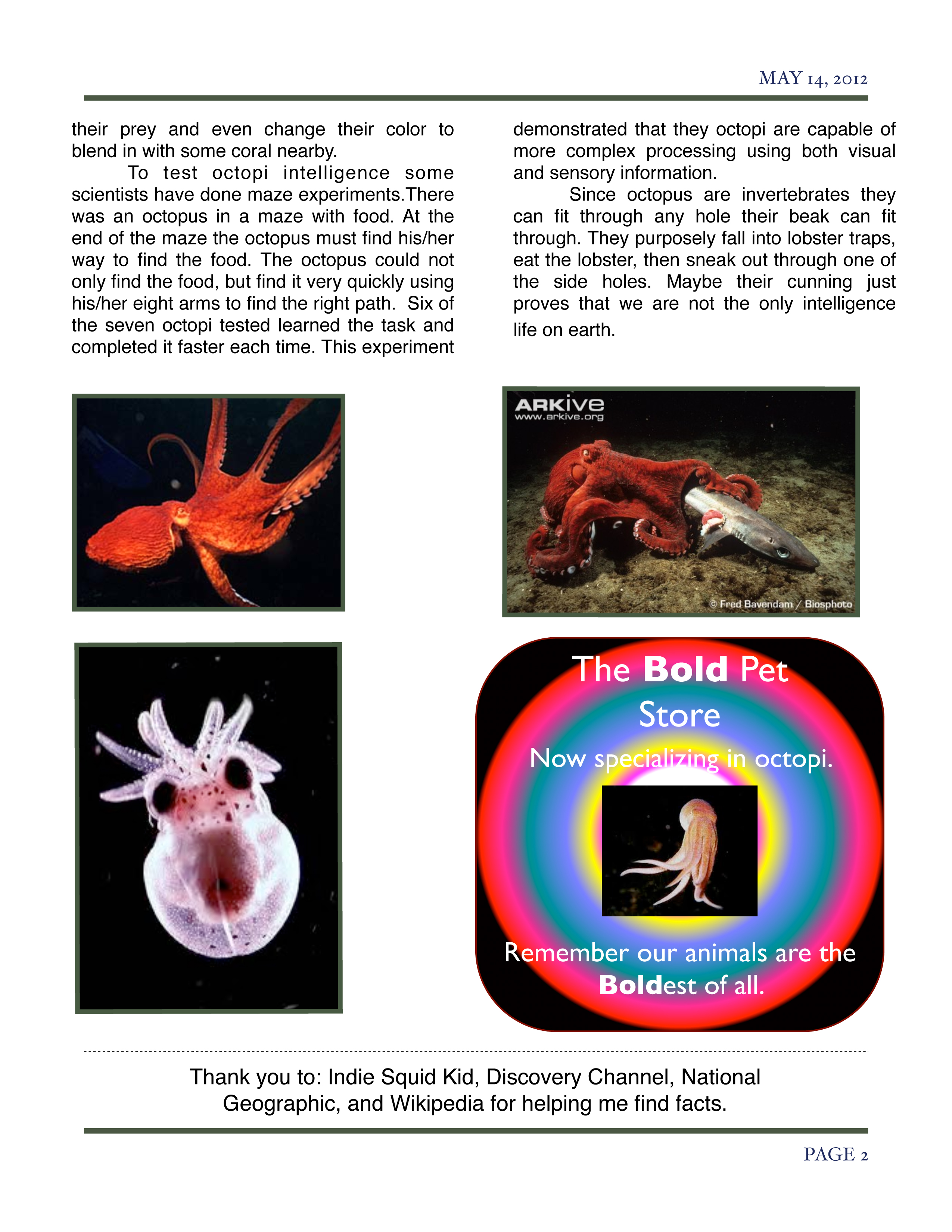