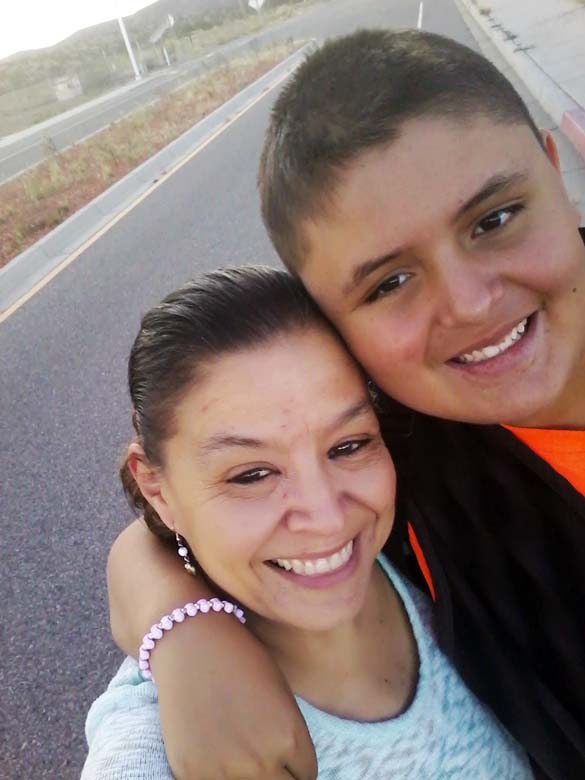 Luella Bustos with her son Jesse Moe. Courtesy photo
By KIRSTEN LASKEY
​Los Alamos Daily Post
​kirsten@ladailypost.com
Luella Bustos is a driven a woman. A resident of Espanola, Bustos is working, searching and striving for a way to relocate to Los Alamos. She sees Los Alamos as an opportunity for a fresh start and to build a better life. Bustos’ desire to make a change is not so much for her but for her son, Jesse Moe. This is no surprise; everything Bustos does is for her 14-year-old son.
It is little wonder Moe and Bustos want to move. Bustos recently ended a bad marriage and the divorce process was not any easier. During their marriage, Bustos’ ex-husband incurred debts and she said when their divorce was finalized she was shouldered with paying off those debts.
In addition, Bustos worked as a police dispatcher in Espanola for 10 years but is now on disability. She also worked as a concierge at two timeshare resorts and has worked a number of retail jobs. Moe, who is autistic, suffered from pancreatitis in June 2012 and ended up in the hospital intensive care unit at University of New Mexico Hospital. He remained at the hospital through September 2012.
On top of that, Bustos said they have had to deal with drugs, overdoses, homelessness and mental disabilities right in their front yard. Dec. 12, 2015, a woman died of an overdose on their lawn, Bustos said.
Still, Bustos and Moe have a remarkable ability to make lemonade out of the many lemons that have been handed to them. Bustos said the exposure to crime and delinquent behavior has made Moe really respect police.
“He loves our state police officers,” Bustos said. “They are there to protect and they’re there to take care of those who can’t take care of themselves.”
Their experiences also have toughened them up, she said.
“You don’t let somebody take away your joy and your peace,” Bustos said she has told her son.
She believes by moving to Los Alamos, they both could get more joy and peace. Moe, she said, loves coming to Los Alamos whether it is to eat at El Rigobertos Taco Shop or walk around Ashley Pond. Bustos added Moe is a major fan of Smith’s and its employees, particularly the store in White Rock where he knows many of them by name.
Bustos also views Los Alamos in a favorable light. “We need positive people who have character,” she said. “What’s important is to be in a safe, peaceful, home environment.”
Los Alamos also can offer better educational opportunities for Moe, she said. Bustos said she has heard nothing but praises for the special education program at Los Alamos Public Schools. Moe is enrolled in the special education program at Espanola Public Schools.
Her hope, Bustos said, is for her son to be able to be self-sufficient once he reaches adulthood.
“To raise a child who is comfortable enough to leave you means you have done your job. Children are not ours to keep but to teach how to soar on their own,” she said.
In order to set their plan into motion, Bustos is seeking assistance. She said she needs some direction on which organizations she can contact that may be able to help them afford to move.
“My goal is not to get a freebie but show that through courageousness … you can achieve anything,” she said.
Ultimately, she just wants to prove to her son that all the hardships and traumatic things that occurred to them and around them in Espanola are not the norm.
“It’s important for Jesse to know what he saw in Espanola is not everywhere. It’s not our reality. We can move forward,” she said.
To reach out to Bustos, call 505.927.6793 or email luellamoe13@gmail.com. 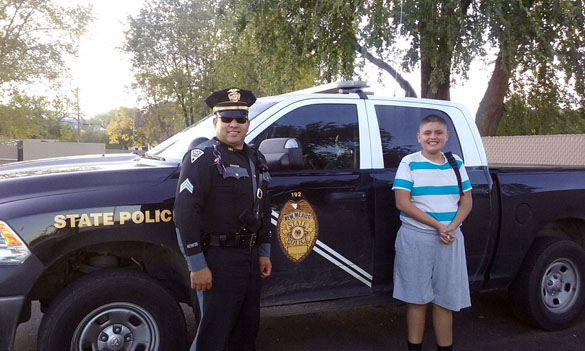