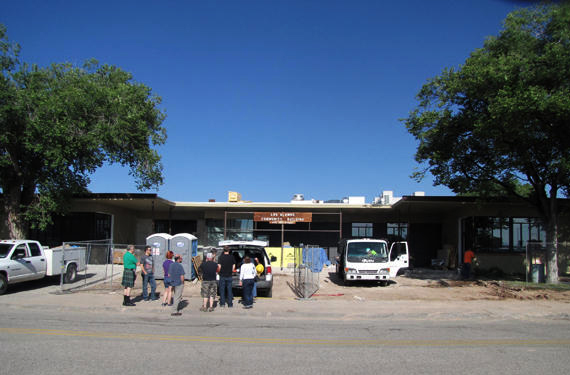 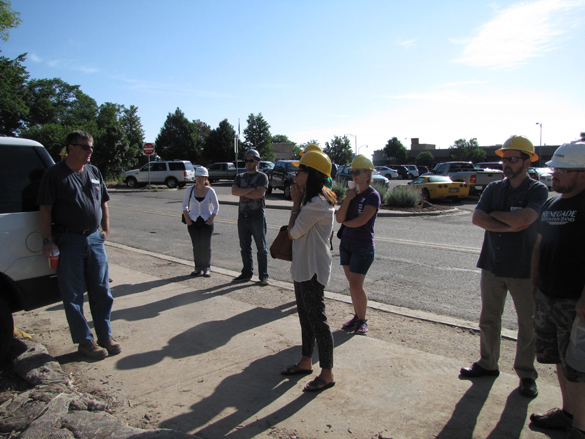 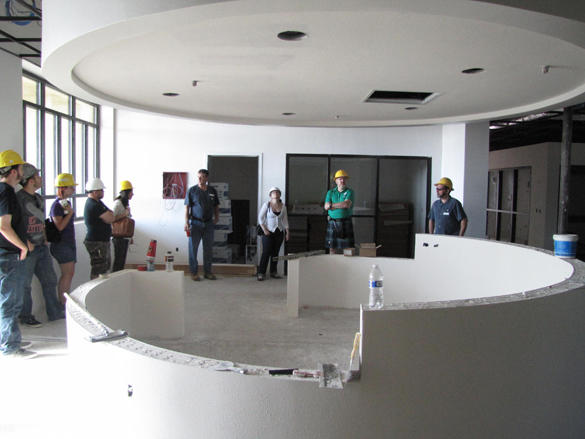 YMCA and Teen Center staff and Juvenile Justice Advisory Board members were treated to a sneak preview of progress made on the new Teen Center in its final weeks of renovation. The Contractor’s latest schedule reflects substantial completion by Aug. 6 and final completion by Sept. 28.

For years community groups and surveys have identified a gap in the social and recreational services for teens in Los Alamos, New Mexico. These groups have indicated that a teen center is needed and justified for the community; in part, because Los Alamos is geographically isolated and there are no shopping malls, bowling alleys or areas for teens to “hang out”.

A multi-purpose teen facility will provide a safe, supervised facility for teens to gather, recreate, socialize, study in groups and participate in healthy activities relevant to teens. The center should provide youth with an inventory of skills and positive experiences that will help promote self-development.

In December 2010, a CIP Phase I study was approved by County Council. The proposed study scope evaluated the needs versus the wants to develop a building use program. A site evaluation was conducted for possible sites around town including evaluating possible existing facilities to be converted into a Teen Center.

Copies of the CIP Phase I Feasibility Report have been posted at the County Administrators office, Mesa Public Library, White Rock Public Library, 311 Center and the existing Teen Center building.

As part of this project, the fiber line that runs from the Justice Center to the Community Building will be relocated to get it out of the way of the new restroom addition to serve Ashley Pond. This work will be completed prior to the anticipated March construction start.

The project was advertised for bid Dec. 21, 2014. R & M Construction was awarded the contract to remodel the Community Building Feb. 6, 2015. Construction started March 2, 2015 with a move-in timeframe of August/September 2015. While staff anticipated the likelihood of finding legacy asbestos in certain areas, additional asbestos was uncovered in multiple locations. Once identified, the contractor stopped work and secured the dumpster that was in use. Southwest Hazard, a County on-call contractor is abating the material at an estimated cost of $20,000, which is available in project contingency.

The Trinity and 20th parking lot was fenced off and the contractor removed the concrete sidewalks and internal medians. Construction has been a bit slow due to identifying additional asbestos in the heating line joints as well as in the rope insulation in the old boiler, requiring additional abatement. Abatement occurred using the “Glove Bag” method, whereby crews tape glove bags to the non-asbestos insulation and all of the worker’s tools are contained in the bag. Workers then cut the asbestos material away and tape the bag shut prior to removal. Asbestos abatement is now complete.

The Contractor has removed concrete and asphalt at the Trinity and 20th parking lot; uncovering several soft spots, duct banks, and shallow concrete obstacles. The Contractor also encountered some substandard soils at the new restroom location, which required over-excavation and additional fill.

Questions regarding the ongoing Teen Center Remodel project may be directed to the Community & Economic Development Department at 505.662.8120. 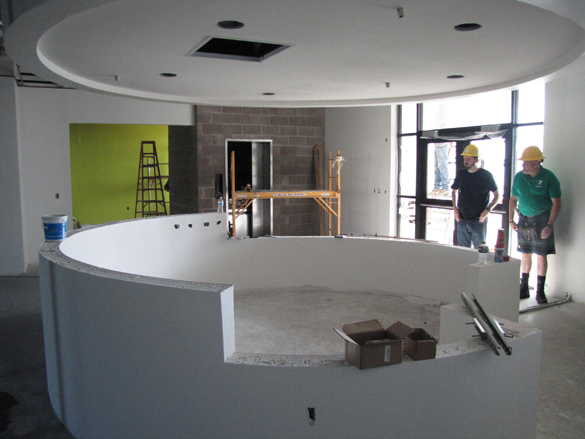 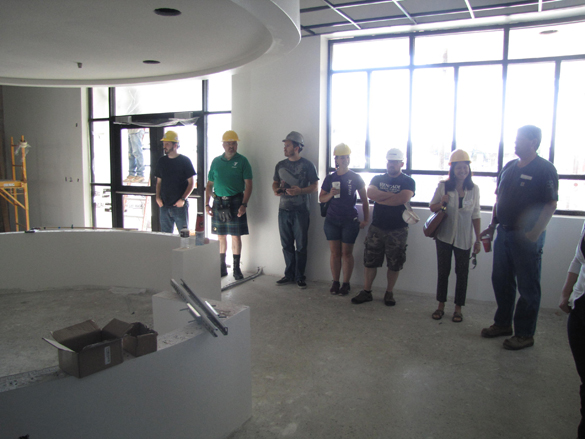 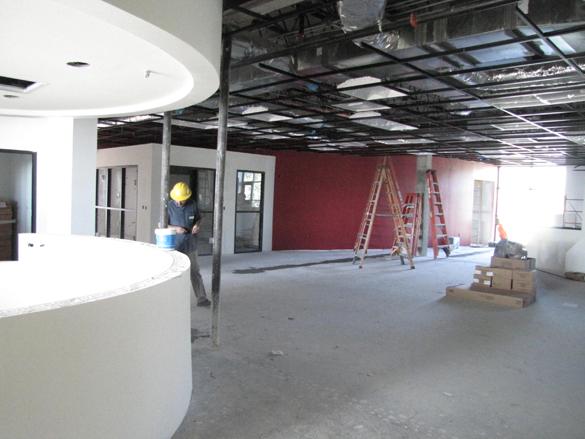 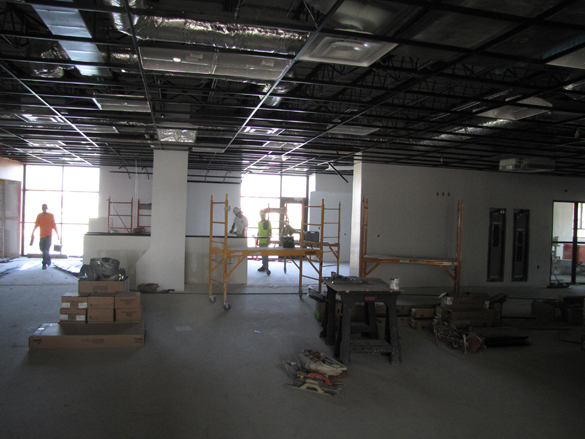 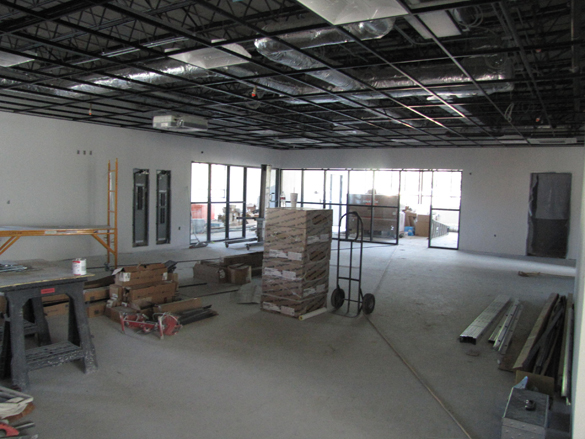 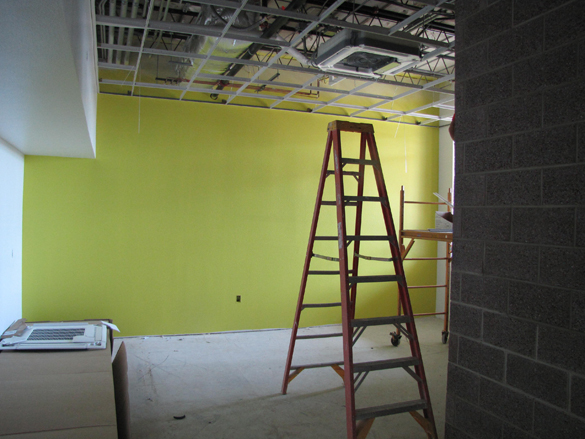 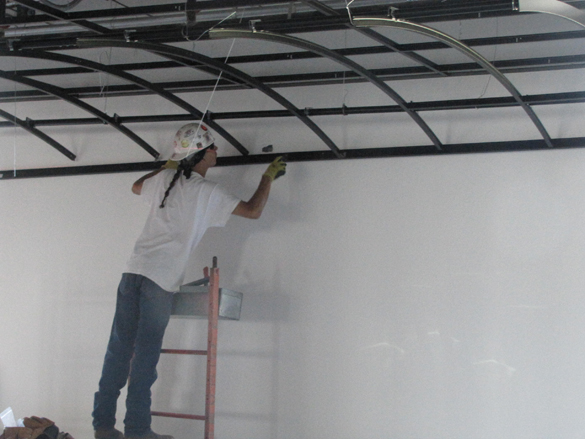 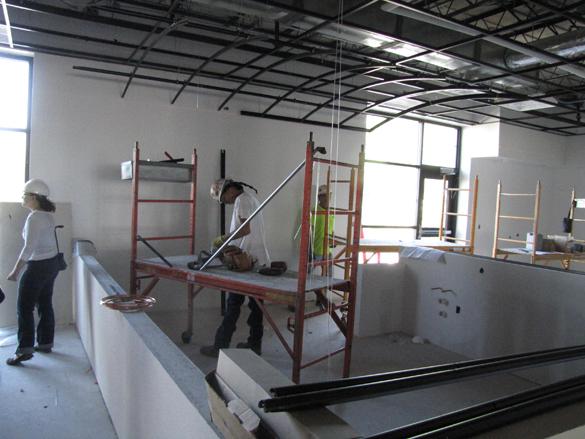 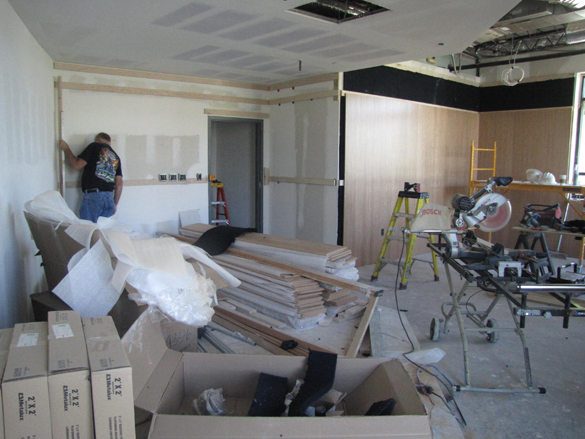 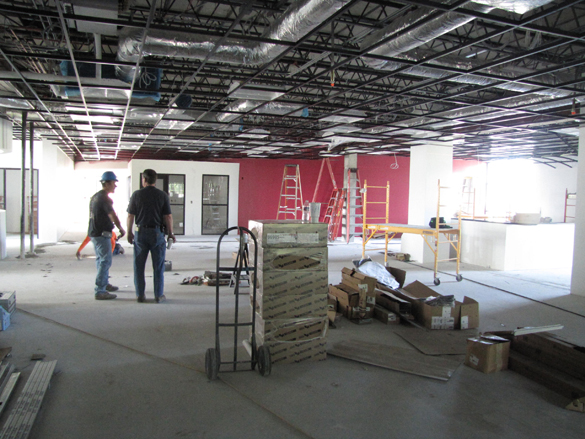