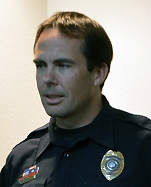 “Mr. Foster and other officers will be filing a lawsuit related to your stories of yesterday on the filing of Brian Schamber’s counterclaims against the County, Randy Foster and others within the next 30 days or so.

It is unclear how many more police officers intend to file lawsuits but a source close to the situation, who asked not to be named for fear of retaliation, told the Los Alamos Daily Post that several officers have complained of an “unsafe working environment” at the local police department. “Hardly anyone’s showing up for work anymore … the command staff is down to an acting chief and a commander … there are just a couple of officers working investigations. Morale is at an all time low and the department is in serious trouble.”

Police Chief Wayne Torpy has had medical problems since last year including a stroke and open heart surgery. He recently announced his upcoming retirement and a few days later went on sick leave. He is not expected to return to work. Passing over his commanders, Torpy tapped Los Alamos County Emergency Management Coordinator Philmont Taylor to serve as acting chief. Taylor, who is not a sworn law enforcement officer, is trying to keep things going until a permanent police chief is hired, according to the source.

County spokesperson Julie Habiger said today that the search for a new chief has drawn dozens of applicants from across the country. A public reception is scheduled at 6 p.m., Sept. 12 in Council Chambers for the public to meet the finalists.