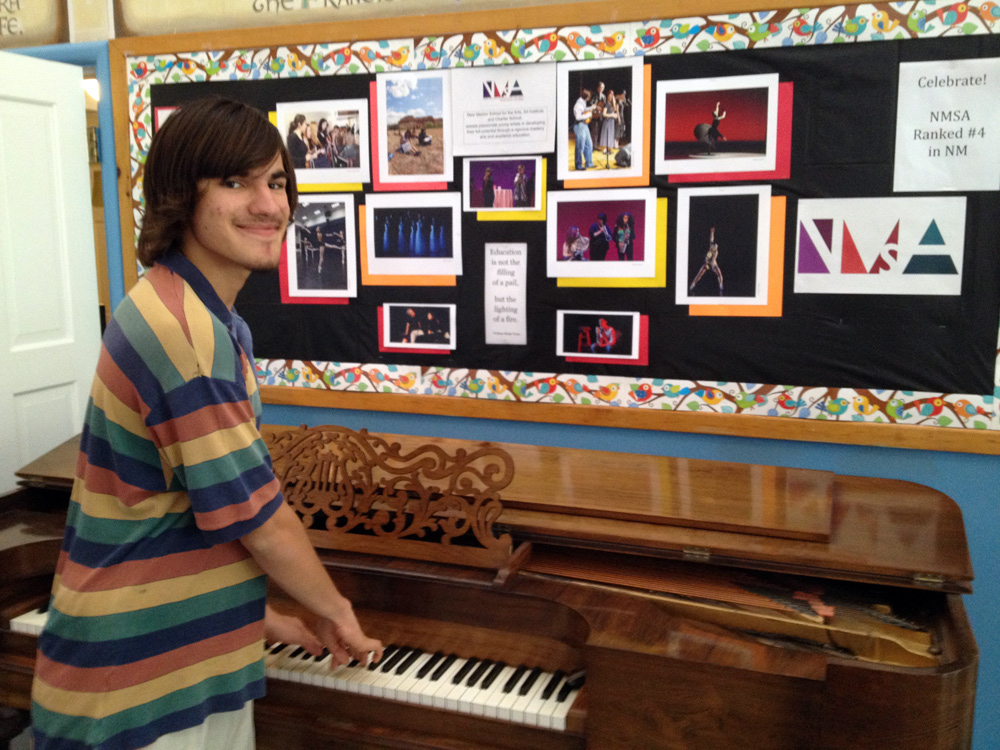 The program provides academically talented high school seniors an opportunity to continue in the competition for some 8,000 National Merit Scholarships worth about $35 million that will be offered next spring.

“This is a big honor,” NMSA-Art Institute Director Riis Gonzales said. “We’re very excited for him. Mohit is a special student with a bright future, and we’re proud to support him as he completes his high school experience with NMSA this year and prepares for the next phase of higher education.”

A Los Alamos native, Dubey, 17, has been a student at NMSA for three years. His passion for music earned him admission to the only statewide charter school focused on the arts.

Dubey has also been recognized for his academic excellence in science. Last year, he won a Sandia National Laboratories award for the “most creative and innovative project.” He was also a finalist in the Supercomputing Challenge competition in April of this year for designing an app to lead the visually impaired by sound.

The son of two immigrated scientists, Dubey said he was raised to understand and appreciate the power of math and science. When he started with the violin at five years old, however, his desire to express himself through music manifested itself to form a fascination with the fundamental correlations between the arts and sciences.

“I’m inspired by the universe and the beauty in all of its collaborating,” Dubey said.

“Mohit is a perfect example of the synergy that can occur for students when the arts and academics are combined in a school setting,” NMSA Principal Cindy Montoya said. “Research and our firsthand experience at NMSA show time and again the importance of art in education.”

In addition to his significant commitment to academic and artistic studies, Dubey works at the Santa Fe Children’s Museum and has been a violinist and guest conductor at the Santa Fe Youth Symphony Orchestra for more than three years.