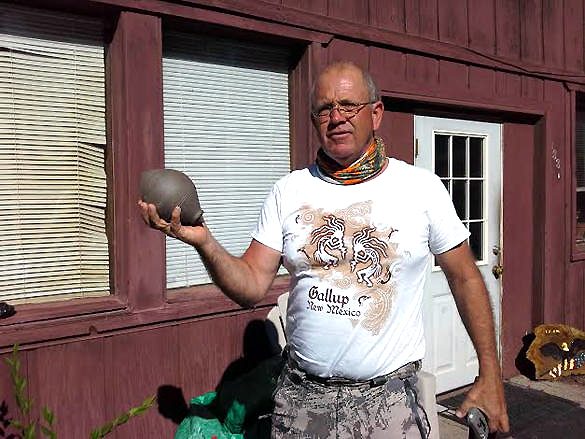 Robert Joseph Miller holds up pottery that donors may receive as a ‘thank you.’ Courtesy photo
By MANDY MARKSTEINER
Los Alamos
It was already dark when the chain fell off Robert Joseph Miller’s bike. He was riding from Los Alamos to Gallup, just 15 miles past Cuba. He was already so worn out that setting up the tent seemed like a lot of work.
After looking around, he saw a 48-inch culvert. He stashed his gear inside the culvert, rolled out his sleeping bag and settled in for the night.
That’s when he heard rustling on the other end of the culvert. Great, he thought, I’m sharing the culvert with a rat. He listened … and soon realized that it wasn’t a rat, but a family of owls.
Biking with a purpose
Miller used his 360-mile road trip to raise money for Northern New Mexico Youth Development. His goal is to raise $6,000 for the Los Alamos Civil Air Patrol Cadet Program and other local organizations.
People can donate here.
“I’ve done several long distance tours,” said Miller, a student in Nik Seet’s Financing the Entrepreneurial Enterprise class. “Nik Seet’s class motivated me to use it as a tool to help others. Los Alamos has been a huge part of my career and so I want to give back.”
What better way to raise money than on his bike? Miller has always been involved in endurance sports, like running marathons. In 2011 he got his first road bike, and started biking eight miles to work everyday. One day an older co-worker asked him, “When are you going to start riding that new bike of yours?”
At first, Miller was taken aback. He had been riding it every day. But then he turned the comment into a challenge. That weekend he took his first 200-mile road trip, and has been hooked on it ever since.
One of the highlights of his trip to Gallup was sleeping under the stars and waking up surrounded by a family of prairie dogs.
“It’s a good way to see the country,” Miller said, who has biked all over the Southwest. “It’s a challenge, but that’s what makes it fun.”
Miller is using Main Street Crowd platform to collect donations for his fundraising campaign. The campaign ends on Oct. 27. Click here to donate. 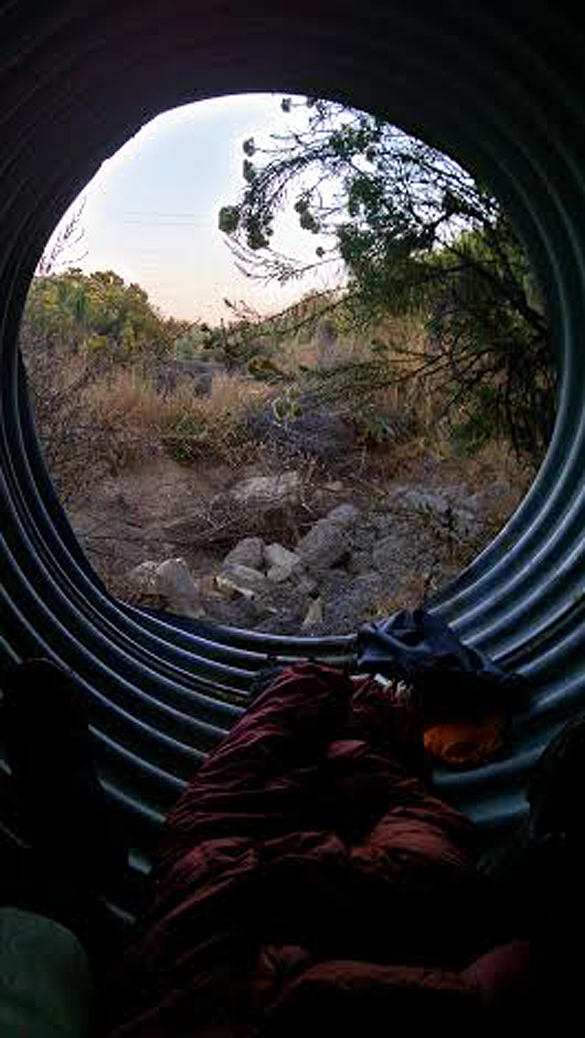