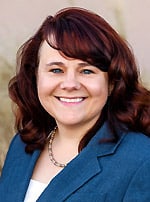 More than a year ago, Heather Ortega and I reunited in Los Alamos County Councilor James Chrobocinski’s office over the matter of Notices of Violation (NOV) being issued to people in the community.

Heather and I had known each other during high school and in our 20’s. Over the past year she and I have grown close as friends as we steadily continued to work toward understanding the ordinance, the way it was being enforced, and what it was intended to accomplish.

In this process, we discovered many cases where code enforcement was, sadly, a desirable tool for the County but not always amenable to the residents, and we also discovered many more instances where the nuisance ordinance was creating more nuisance than it was solving.

Through many meetings with citizens, online discussions, phone calls and emails, we learned from our friends and neighbors how this ordinance was being received. We even conducted an online survey, which closely aligned with the anecdotal responses in discussions and allowed us to gather and analyze yet more data, and we collected public records on the Notices of Violation that were issued. We presented our findings Nov. 6, 2017 to the Los Alamos County Council and respectfully requested that something be done to rein in the situation. Months went by and still we endured and continued to wait for positive changes.

We made public comments at the County Council meetings and emailed councilors directly. We met with and conversed with councilors about the ongoing NOV’s being issued and the problems we had been told of by those who received them. We brainstormed solutions from suggestions by the citizens on both sides of the issue with whom we engaged regarding NOV’s.

Finally, we came up with a proposal. We then formalized the proposal into a document and submitted it through the proper channels to have it presented to the County Council. At the first presentation to the council it was debated and discussed, but it did not get presented for a vote. It was returned back in order to reword several parts before the council would vote yes or no. This was very frustrating, but still we did not give up.

Throughout this process we dealt with our personal life struggles, both tragedy and joy. Friendships have been made and lots of loving community involvement, action and enrichment has developed from the days and nights working on this.

Many others have worked along with us in this process because they saw something was happening that was wrong and needed to be righted. We came from all over the spectrum of differences: political, economic, religious, right and left. We worked together even when we didn’t agree on everything; we found our common ground and stood firmly there as a community invested in respecting each other.

Although we have come to a crucial and positive point – this issue isn’t gone for good. Like I said above, we have reached our first destination. I am very happy to announce that this Code Enforcement issue will be on the County Council agenda at 6 p.m. April 3. At this meeting the final version of the proposed measure as detailed below will go before the County Councilors for a vote.

The Citizens in Action Proposal consists of three parts. I am providing a brief summary here, but the actual proposal will be submitted to the media as part of the Public Notices by Los Alamos County later this week. It also will be available on the County website as part of the Agenda Packet for the April 3 meeting.

The first part pertains to the issuance of a NOV and specifies an extension from a two-day minimum response by the home owner or resident to a two-week minimum response for NOVs. Code Enforcement already informally adopted this action last year after citizen complaints. Additionally, a few county councilors at that time made requests for the department to make changes both to the process and wording of the NOVs. While this was good, it now needs to be codified in the official ordinance so that it can’t arbitrarily be changed back or altered.

The second part of the proposal will create a Community Development Advisory Board (CDAB) to work with the community and Community Development Department (CDD) in similar fashion as many other boards or committees that engage with County departments. The primary goal will be to review enforcement activities and advise the county council of possible changes that need to be addressed.

The CDAB would consist of five independent citizens, a county staff liaison, and a county council liaison. The board would be tasked with a monthly review of Code Enforcement NOVs issued, review and propose revisions and clarification to the existing code, and coordinate community involvement with respect to the code and CDD activities.

Individuals who have received a NOV that they feel is unfair or inaccurate can then come before the board during the public comment portion of its meetings and be heard. Unlike public comment at county council meetings, the board can provide extended time to hear concerns of citizens.

I also requested that CDAB member’s county contact email be included on the NOV document. Ultimately, it is my hope that eventually when the code and enforcement have been better aligned with the intent and desire of the community, we will see the board function more in outreach activities instead of oversight.

Last but not least, the third part would establish a 60-day moratorium for all issuances of NOVs except for circumstances of immediate concern with respect to health and safety. The 60-day moratorium allows a pause in current Code Enforcement or CDD activity while a board is appointed, established, and their tasks are fully outlined. There are administrative details that need to be handled by the county to make this board functional.

Further, the pause will allow a respite for the citizens who have felt beleaguered and apprehensive about the enforcement activities. Although it isn’t in the proposal itself, a staggered restart to enforcement activities could potentially occur. This has been discussed with a few councilors as a possibility to provide time to work on better clarification and definition to the terms used in the code, as well as for better information to be provided to the community about the expectations and actions of Code Enforcement and/or CDD.

Whatever side of this issue you are on, once this board is hopefully voted into existence, I hope that you will give thought and consideration to applying for a seat on this board. It is desired that the board consist of two eligible candidates from White Rock and three from Los Alamos. However, this will depend upon the number and distribution of applicants.

This board will have a lot of work to accomplish in a short amount of time, but this also could be a very rewarding experience. It is imperative there be a balance of viewpoints, and that the board consists of reasonable and rational people who can discuss the issues respectfully. The vagueness of the code and the arbitrary way it has been written into department procedures and enforced has created a lot of problems. It will take time and reasonable people to deal with the situation and guide the changes that reflect our community’s needs.

Efforts by this board can go a long way to finding a better balance on this issue for everyone!