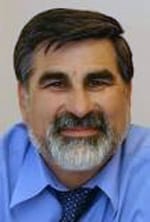 SANTA FE – Once again, it appears that the Governor, along with the Public Education Department (PED), is using executive power to wreak havoc and destroy public education in New Mexico.

Christopher Ruszkowski, Secretary-Designate of PED, started the mischief by attacking dual-language programs, something I worked tirelessly to pass years ago. After that endeavor failed due to public outcry, he went after science standards. Ceremoniously stopped from accomplishing either of these measures, he now has a new tactic for destroying all Educator Preparation Programs (EPP), the Colleges of Education in our public universities, which will harm teachers and institutions of learning across New Mexico.

The new rule (6.65.3.1-6.65.3.13 NMAC) is scheduled to go into effect May 29, 2018 and proposes to use an A-F grading system for EPPs, similar to what is currently imposed on K-12 public schools. PED makes the final decision on whether an EPP’s approval is revoked yet does not provide a methodology for ranking EPPs. The scorecard grade and the site visit classification are the only determining factors of whether PED brings in a private corporation to take over our public higher education institutions’ EPPs.

What’s more, proposed rules expand the definition of an EPP provider to include “any individual, private, or public education association [or] corporation … offering an educator preparation program”. This would allow PED to bring in out-of-state corporations to take over EPPs. Are we contemplating privatizing public higher education?

After working so hard to pass dual-language programs and defending against attempts to privatize public schools, this disappoints me greatly. The current rules have been effective, and I wonder why PED is changing rules at this late date. In the governor’s last term, the end of Mr. Ruszkowski’s tenure as secretary designee, why have they found it prudent to make such drastic changes?

I am asking all educators to join me and come forward May 1 to voice our concerns. These rule changes are short-sighted, ill-informed, and not aligned with national accreditation standards. We need leadership that will build up, not sabotage, our public schools and universities.