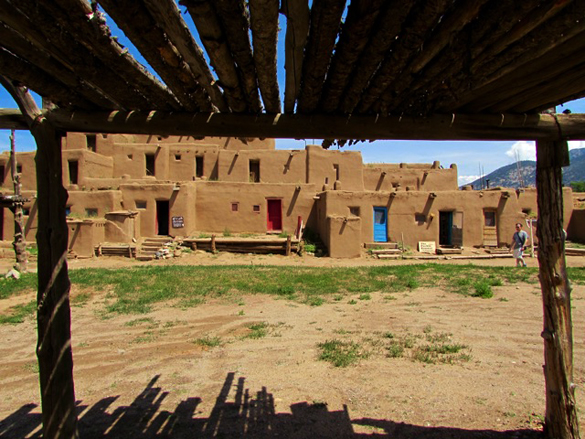 View of the Taos Pueblo. Photo by Kirsten Laskey/ladailypost.com 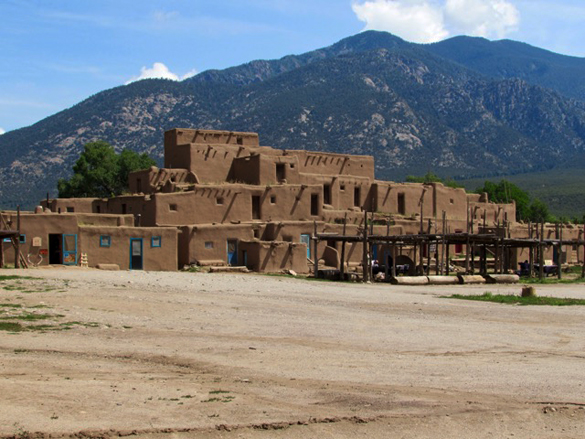 One of the buildings in the Taos Pueblo. While it may appear to be one structure, it is actually made up of many housing units that share common walls. The buildings at the Pueblo are made entirely of adobe. Photo by Kirsten Laskey/ladailypost.com

The middle of nowhere can be deceiving.

The phrase seems to conjure up places no one knows about or at least very few. As a result, it is easy to assume places described as the “middle of nowhere” are locations cloaked in obscurity. But that is not always the case. Take the Taos Pueblo, which is located beyond main roads and is surrounded by mountains rather than a metropolis. Yet, it is very well known and after I visited the Pueblo this weekend, the reason is easily understood.

The Taos Pueblo is a community to marvel at. According to the Pueblo’s website, its people have inhabited the area nearly a 1,000 years. Its buildings stood before Columbus ever reached America’s shore and before Europeans left the Dark Ages. In fact, the website reports that the Pueblo is considered the oldest continuously inhabited community in the U.S.

Its buildings are constructed entirely of adobe and preserve the Pueblo’s tradition; there is no running water or electricity. The website reports that only about 150 people live full-time in the Pueblo but almost 2,000 live on Taos Pueblo lands.

At first glance, the large terra-cotta colored structures appear to be one large building, dotted with bright, cobalt blue doors but actually individual units make up these buildings. They share common walls.

Several of these units now house businesses. One housed a gallery featuring silver and turquoise jewelry and horsehair pottery. Another was White Flower Photography, which featured the work of Debbie Lujan, who is the sole female photographer at the Pueblo. Her photographs captured the Pueblo in various seasons and she explained being a resident of the Pueblo allows her to capture sites that tourists cannot access.

The St. Jerome Chapel could easily be the most photographed building at the Pueblo. Its white-washed entry way glimmers in the sun.  Inside, the ceiling is made of dark, polished wooden beams called vigas and the altar is adorned with a statue of the Virgin Mary, surrounded by paintings of corn and squash, symbols of the Taos Pueblo’s traditional religious beliefs. The church is beautiful, not only due to its architecture but because it shows a peaceful co-existence between two religious beliefs.

The Pueblo was bustling this weekend. Young college students provided tours of their Pueblo, visitors scoped out galleries and dogs trotted in and out of alleyways.

A day packed with visitors is not unusual; this is a place that receives a lot of attention. The Pueblo’s website states that it was declared a National Historic Landmark in 1965 and in 1992 became part of the World Heritage Society, joining the Grand Canyon, Taj Mahal and the Great Pyramids of Giza.

To have the Taos people open their community up to the world is heart-warming especially considering visitors have not always reciprocated this kindness. In the past, there were killings and bombings at the Pueblo by newly arrived Europeans.

The people of the Taos Pueblo, however, seem to have allowed these tragedies to stay in the past. This weekend, everyone I encountered, welcomed me warmly to their community. They were eager to share their history and knowledge. And why not – there is a lot to be proud about this beautiful piece of land that just happens to be located in the middle nowhere. 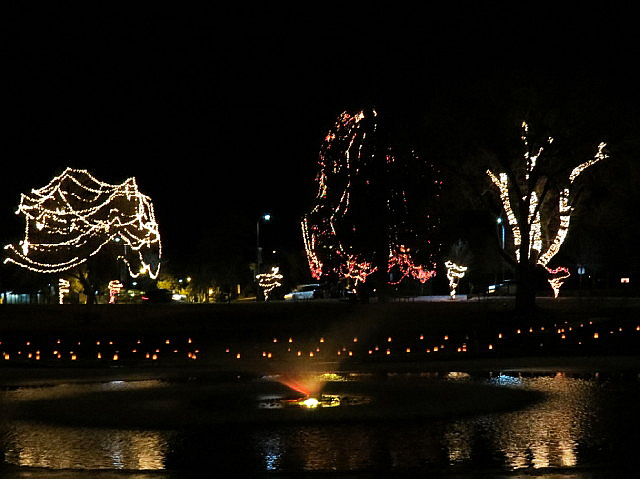 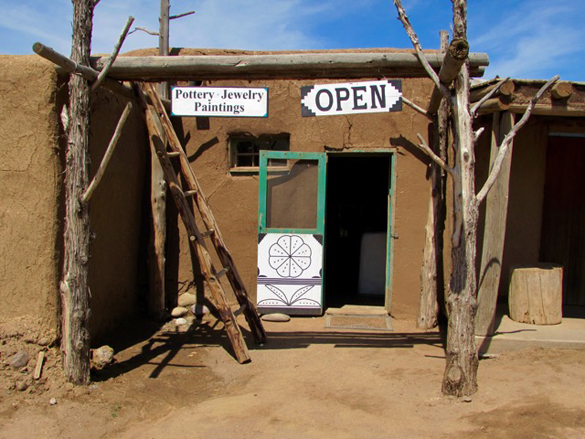 One of many businesses at the Pueblo. This particular gallery sells turquoise and silver jewelry along with pottery. Photo by Kirsten Laskey/ladailypost.com 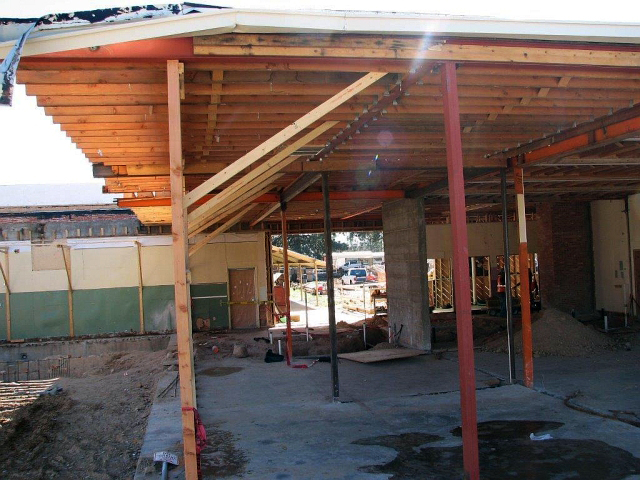 Cobalt blue doors can be seen throughout the Taos Pueblo. Photo by Kirsten Laskey/ladailypost.com