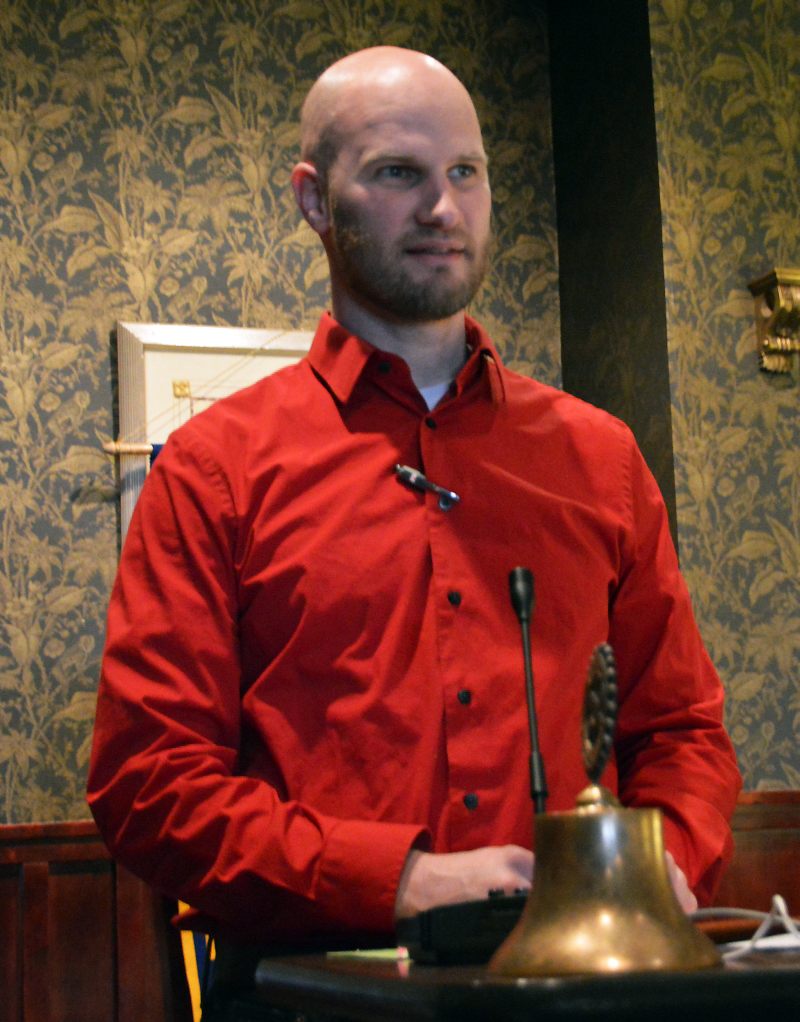 With the recent school shooting hitting so close to our home in New Mexico, I would like, if I may, to briefly step aside from my role as a State Farm Insurance Agent and speak from the perspective of a former combat Chaplain who served with infantry units such as the 101st and 10th Group Special Forces.

These units trained and produced efficient killers in combat. One of my responsibilities while serving with these famous units was to ensure soldiers who killed were trained properly on how to come back home psychologically sound and able to assimilate back into society. In order to do this properly, I had to research and understand how the Army trains a person to kill in the first place.

Most of my research was conducted through Killology Group, headed by a former Army Ranger turned Psychologist, LTC Grossman (Ret.) This group has produced a number of books on how the Military uses classical conditioning to train soldiers on how to kill. Most of us could not bear the thought of killing another person and would have a strong resistance to kill even if it meant we would be killed ourselves.

Obviously, in the Military this fact poses a big problem. During WWII, and this fact may be hard to believe, only 15 percent of infantry soldiers actually shot their weapon, and a high majority of rounds fired were aimed over the heads of the enemy, never intending to kill them. When the Army studied these facts and reevaluated training, they made a significant change from the recommendations of military expert S.L.A. Marshal.

The Military changed the targets that soldiers trained on from the classic circle and dot targets to silhouette targets intended to look more human. They did this training over and over and over again until it was in a soldier’s second nature to shoot a human-like target – having their efforts rewarded with badges and unit recognition. The Military advanced this training by using pictures of people with guns (photo realistic target), by having the targets actually popping up from the ground, to today where soldiers train in virtual, life size simulators; all intending to create reflexes in soldiers to kill these types of targets.

In Grossman’s book “On Killing,” he gives a police officer’s account for this very powerful autopilot experience that occurs with this repetition training. “I came around the corner of this guy’s van; I’m just going to tell him to move it. I didn’t know that he’d already killed one person … all of a sudden a gun appears in his hand. Then a hole appears in his chest and the guy drops. My first thought was, ‘Whoa, somebody shot him for me!’ I actually looked over my shoulder to see who shot this guy. Then I realized I had my gun in my hand and it was me who had shot him.” (Ch. 2).

In Vietnam, as result of this advancement in training, the engagement ratio rose from 15 percent in WWII, to a whopping  95 percent of soldiers engaging , shooting, and ultimately killing the enemy. This may explain to some why so many soldiers came back mentally damaged from this war.

I say all of this for a very particular reason, the very methods that go into training our soldiers to become killers is the very same method children expose themselves to when they are allowed to participate in first person shooter games and watch violent movies designed for adults – but without the safety guards and character development required in our Military. And what is even worse, these children are not shooting at blank lifeless silhouette targets, they shoot people.

That is, they shoot incredibly life-like depictions of people who bleed, fall, and die – all before the eyes of impressionable minds. In fact the crown jewel feature of every new shooter video game is the claim to realism, and every year they get just a bit more lifelike. When I grew up I sword fought with my brothers and usually quit when someone started crying resulting in my begging them not to tell mom – never succeeding and usually was punished for being too rough with my younger brothers.

In sports, if someone commits a foul, or someone is hurt, the game is stopped by an authority who rushes over to the two parties, attends to the injured and punishes the one who caused the harm. This healthy sportsmanship is intended to teach us how to play hard without inflicting serious harm on a fellow species. Even in the Military, killing is not done freely, there is always an authority present. Soldiers can only conduct themselves under the Rules of Engagement (ROE) written by the top generals, and are never allowed to fire without the explicit permission from Central Command.

In the video gaming world, however, kids attack their life-like enemy at their own free will to the point that they literally blow them into pieces, sometimes at their begging for mercy – and are rewarded for this behavior. This is nothing less than pathological. I recently witnessed a father overseeing his 6-8 year-old-son (barely able to see over the console of the game system) with his hand on his son’s shoulder while he engaged in an extremely violent shooter game. Not only was this child getting affirmations of his efforts from the game itself, but even more so with the hand of his father and whispers of “good job” as he went about killing everyone on the screen.

In this child’s mind, the reassurance of his doing good would have been overwhelming with both the screen and his father encouraging his mass murdering behavior to continue.

These games also teach kids how to be efficient and accurate. Remember the old Nintendo game Duck Hunt? Well, it was so effective in marksmanship training that the Army bought thousands of Nintendo systems as a cheap way to train soldiers how to shoot true; swapped out the plastic gun for a modified M-16 and had the game designers trade the ducks for random pop-up silhouettes and called it Multipurpose Arcade Combat Simulator (MACS.)

In Paducah, Ky., a 14-year-old boy approached a prayer circle and fired eight rounds into the crowed. He hit eight children, five head shots and three upper torso shots, with an incredible 100 percent accuracy. Elite police and highly trained military hope to achieve a 50 percent hit ratio when placed in a shot out situation and are often shocked when they learn of this one story of incredible accuracy in Paducah.

Keep in mind that when the first shot is fired in combat, the adrenaline hits your system and your blood rushes to your major muscle groups as your body prepares for fight or flight mode. In order for a shooter to maintain control of his fingers he must go through immense training and usually must also have combat experience. How did this 14 year old achieve what elite police and military can’t even accomplish having never shot a weapon that he stole just one day before? He spent hours and hours of training on his “virtual simulator” honing his fine motor group to function properly despite being in a highly stressful situation.

I imagine many people will feel this opinion piece is not as big a deal as I am making it out to be, but with all the research I have done over the years, I firmly believe we are allowing developing minds to accept the option of violence and killing while conditioning into them the ability to carry out the task. I’m not suggesting that every child who plays violent games will be a killer, but virtually every mass murdering teenager and young adult in recent history has played violent first person shooter games, often.

I’m also not suggesting that this is the only cause to the problem of violence in our culture, but we have to all admit that violence is an increasing problem in our society, and with a growing number of violent crimes committed by teenagers and young adults, we cannot turn a blind eye to the desensitizing media exposed to our children. But the murder rate has been declining?  Actually it has remained quite steady (doubled since 1957), while the violent crime rate (attempted murder) has risen five times since 1957. We can thank major advancements in medical technology for keeping the murder rate down in the midst of a growing violence problem in our culture.

I suggest a very simple thought for us all to consider, if we adhere to one simple discipline this horrific violent trend could begin to change: honor the age advisories to movies and video games so that the proper people partake in the media intended for their ability to distinguish between real and fictional. I’m not anti-violent games or movies and I’m certainly not anti-gun. Due to my life experiences of war and the psychological effects of war I have struggled with myself, I do believe strongly that it is not in the best interest of children or society for them to watch movies or play games intended for adults.

These are my thoughts and opinions, I do not judge a parent’s right to expose their children to what they believe is appropriate, I do, however, happen to believe in consequences to certain decisions. I welcome discussion on this topic and if nothing else – at least cause all of us a moment to think.