Mesa Public Library Is Back In Business 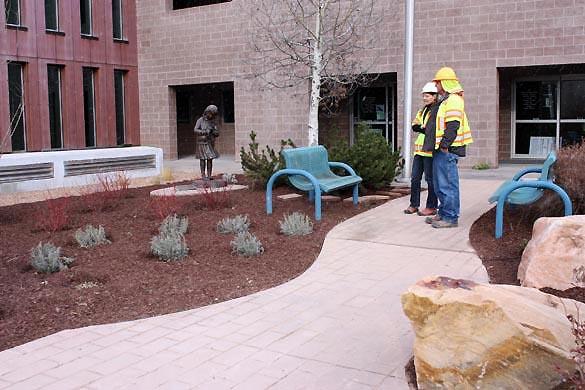 Tuesday, Mesa Public Library reopened its doors to the community after months of closure.

With a new HVAC system installed and some of the new LED lighting, patrons should notice the beginnings of a brighter, more comfortable space. In an interview with the Los Alamos Daily Post Nov. 30, County Project Manager Wayne Kohlrust said the project started in July but the library closed its doors to the public in August. He added the library is reopening right on schedule.

While the library is back in business, he pointed out some aisles and areas will be intermittingly closed to replace old lights with new LED bulbs. According to a press release, other areas will be unavailable to the public including the third-floor meeting rooms, a portion of the children’s section known as the “zone” and the elevator. The “zone” and the elevator are expected to be closed through Friday and the third-floor meeting rooms are scheduled to be closed through the end of the month.

But of the most part, “(The public) will be free to roam about the library,” Kohlrust said.

Kohlrust said the project was awarded to Mick Rich Contractors. The total project cost is $3.6 million and the funds for the project came from the County’s CIP fund.

Improving the library’s HVAC system was necessary due to its age. The system was original to the library, which is 25 years old. The original cooling system was evaporative. When the weather got hot and humid, the system didn’t work so well.

The new system is refrigerated, which is more efficient and effective in various weather conditions. And the new HVAC system features two Chillers so if one goes out, the other will still be operational. Similarly, the new heating system also offers two boilers for the same purpose. These also provide the added benefit of additional cooling or heating capabilities when the weather is very hot or cold. While the system should be more comfortable to library patrons, it also should be beneficial to the library’s book collection, Library Manager Eileen Sullivan said. She pointed out that high humidity generated by the old swamp cooling system was not the ideal condition for books.

While the project focused on things that are more “behind the scenes” at the library, Kohlrust said the public will see part of the new air intake that was constructed on the front lawn, along with new landscaping as well as the newly tinted skylight in the library. The new tinting, while mostly clear to continue to allow patrons to enjoy the sky, it rejects 99 percent of the UV’s which contribute to heat loads.  In the summer months Kohlrust said patrons should enjoy a library that is cooler.

Energy efficiency was found in other ways, too. Kohlrust said the temperature in different areas in the library is easier to modify because there are more temperature “zones” in the library and they are smaller than the original ones. Plus, automated lights were installed. So, if no one is in a certain area or if someone forgets to turn off the lights at closing time, the lights will automatically turn off, he said. Also, the new LED fixtures use about 10 percent of the energy of the current fluorescent fixtures, which goes toward offsetting the added cost for the refrigerated system energy use.

Sullivan and Kohlrust said the project went very smoothly. There were a few obstacles, however. Kohlrust said there were a few surprises with the utilities. He said a few things needed to be re-routed and some new wiring was required. The hurricane in South Carolina also impacted the timeline for some of the supplies, Sullivan said. Despite these challenges, there was excellent teamwork from the whole County on this project, Sullivan and Kohlrust said. For instance, everyone pulled together to make sure the library’s programs and services could continue while the building was closed.

“I have to give the staff an incredible amount of credit for that,” Sullivan said, adding that her staff showed a lot of creativity and resourcefulness throughout the project.

She said for a few hours a day, the library staff had access to the building to pull items on reserve for patrons. A portion of the bottom floor of the library, the “Zone” was opened during the renovation so the public could access a few public computers as well as the library’s new book collection, reference services, photocopier, and public printing. A small children’s lending library was operated from Fuller Lodge and youth programs were also held at the lodge. The White Rock Branch Library also offered programs as well as more public computers, Sullivan said.

“From that perspective, we were really able to keep services going,” she said. “It’s been a County-wide effort.”

Public Works managed the project, IT offered support for the library’s computers and numerous County departments made space available to the library, Sullivan said.

“(We) couldn’t have done it without all of them,” she said.

Kohlrust agreed, saying lots of folks including the County’s administrators helped make the project run smoothly. “Everybody who’s been involved … this wouldn’t have happened without the people taking ownership and helping with the community’s best interests,” he said.

“My sincere thanks to the community for your patience, adaptability, and continued support,” she said. “They have been fantastic as well.’

Work to relocate everything back into the library started last week. Sullivan said staff started moving back in Nov. 30 and last week the loan library in Fuller Lodge was all packed to be moved this week. While the library was being reassembled, she said it was also being cleaned prior to reopening.  As the public returns to Mesa Public Library, Sullivan said they will notice a few other changes in addition to the new utilities.

The library’s fiction collection is being re-organized. She said it was originally separated by genres. Now, the whole collection is being inter-filed and organized by author. The hope is patrons will be less confused when trying to find a book, she said. Plus, library staff is combining the main circulation and service desks together.

“(We’re) trying to meet most needs in one location,” she said.

Tuesday’s opening was described as a “soft opening” since a few things still need to be completed. A big celebration is planned for spring.

“We will do something fun because we definitely need to celebrate everything that’s happened,” Sullivan said. 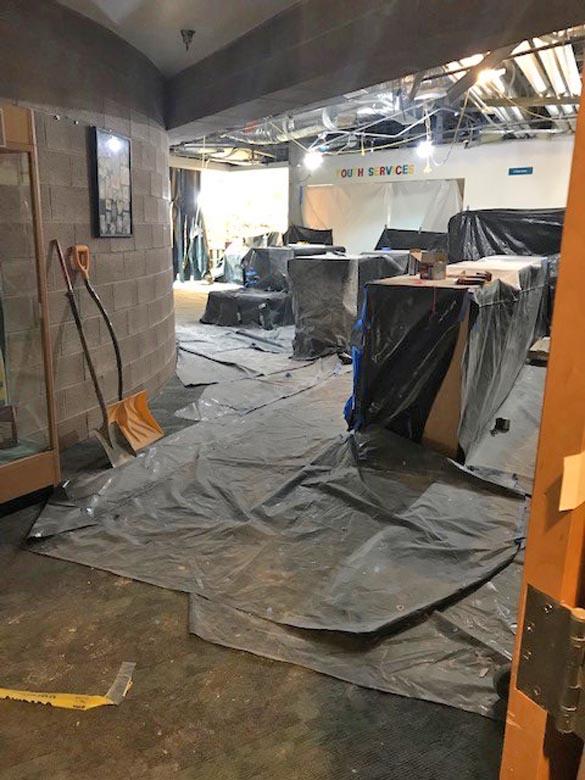 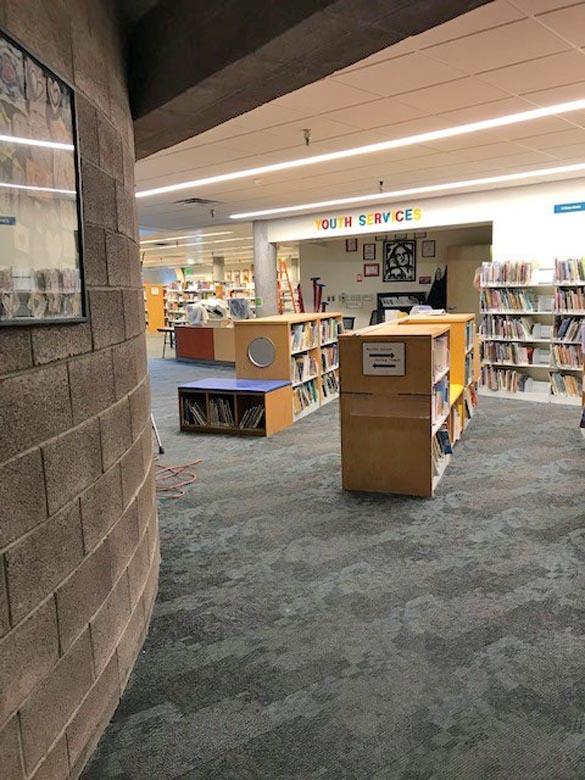