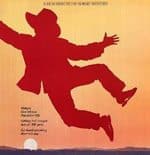 The film was shot in Northern New Mexico including Los Alamos and Truchas, and is being shown in conjunction with New Mexico Film Week Feb. 6 through 11.

The movie was adapted from John Nichols’ book of the same name. Nichols also collaborated on the screenplay, and later wrote a book about his experience entitled “Night of the Living Beanfield: How an Unsuccessful Cult Novel Became an Unsuccessful Cult film in Only fourteen Years, Eleven Nervous Breakdowns, and $20 Million.”

The story revolves around a culture clash between traditional ways and development interests – something that will resonate with all New Mexicans.

And locals will enjoy looking for friends among the extras and for well-known locations like Fuller Lodge and Anderson Overlook.

Friends of Los Alamos County Libraries sponsor the film series in both libraries. The Mesa Film Series is held on the first Thursday of each month in the Upstairs Meeting Rooms.

Films geared toward families with young children are shown in the White Rock Branch Library on the second Thursday of each month. The February Family Friendly Film in White Rock is Despicable Me 3.