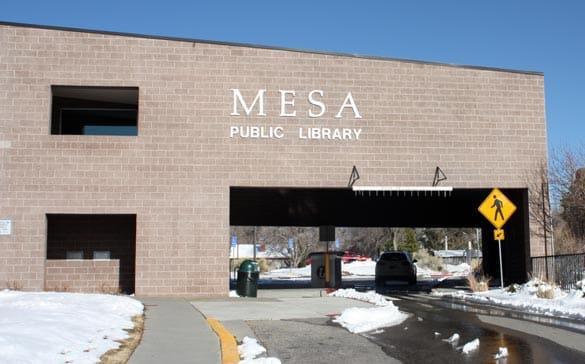 The project to improve the fire system at Mesa Public Library is nearing completion. The library will close 10 a.m. to 1 p.m. Friday while the new fire system gets tested. Photo by Kirsten Laskey/ladailypost.com
By KIRSTEN LASKEY
Los Alamos Daily Post
kirsten@ladailypost.com

Mesa Public Library’s original, 24-year-old fire alarm system reached the end of its life. As a result, the Los Alamos County is wrapping up a project to replace and update the system.

County Project Manager Wayne Kohlrust said work started on the project Feb. 5 and the fire marshal will conduct the official test of the system Friday. Kohlrust said the test should pass; the contractor conducted a successful test of the devices in the fire system.

The total cost of the project is $150,000 but Kohlrust said the actual cost should be less because a fire watch was not needed to be hired during nights at the library since the contractor was on site during the evening hours when the fire panel was being replaced and library staff conducted periodic walk-throughs of the building during regular hours. Great Western Specialty System from Albuquerque was hired for the job.

Kohlrust said the work also involved replacing smoke and heat detectors as well as the horn strobes, which are a notification system. He added 150-160 detectors have been replaced.

He added the project was necessary because of the fire system’s age. “It was old, and a couple of components failed.”

Temporary repairs were done on the system and initially replacing the fire system was part of a larger project that included improvements to the library’s HVAC system. However, at the time the County was required to repay the state some of its gross receipts tax, so the project got delayed to this calendar year.

Still, Kohlrust said the County proceeded with the fire system project because it is needed. He added he is pleased with the contractor’s work.

“It’s been a good project,” Kohlrust said, “The contractor has been good to work with (and I’ve) been pleased with the quality of work that’s been given to the County.”

The contractor has done most of the work at night when the library is closed. As a result, the project has had limited impact on the public. Kohlrust said, “the building is fully open to the public as normal.”

Kohlrust said he appreciates the contractor’s quality of work as well as how understanding the library staff have been toward the project. He added an effort had been made to have as little impact as possible on the staff and public. 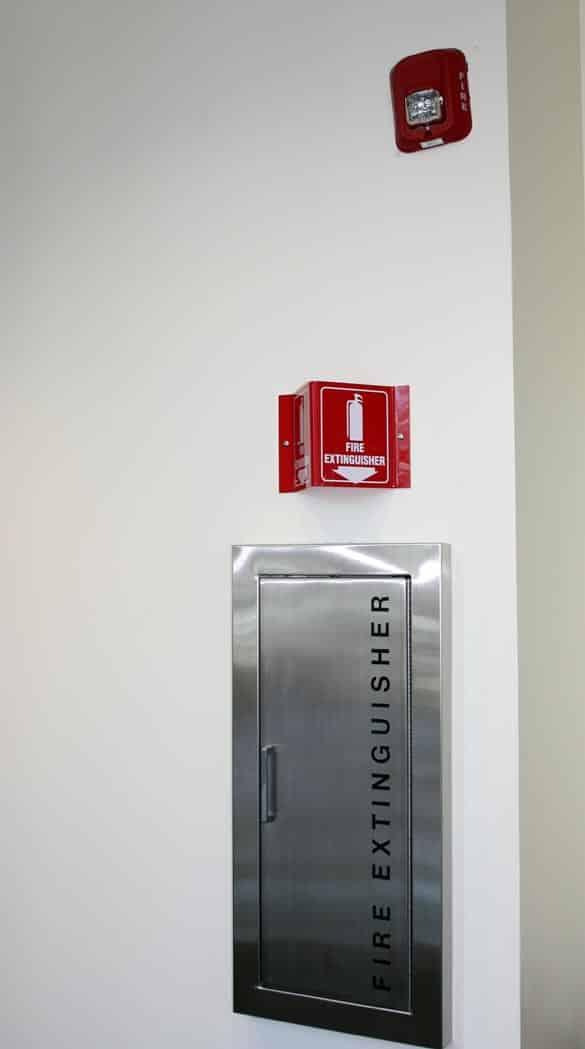 Mesa Public Library’s original fire system reached the end of its life and is now being replaced. Photo by Kirsten Laskey/ladailypost.com