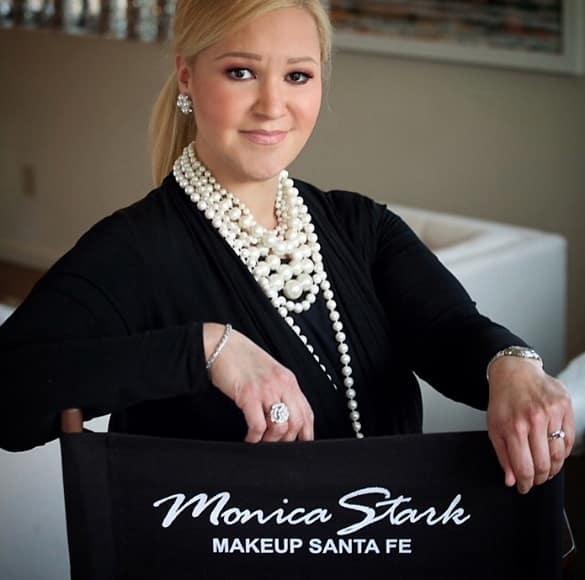 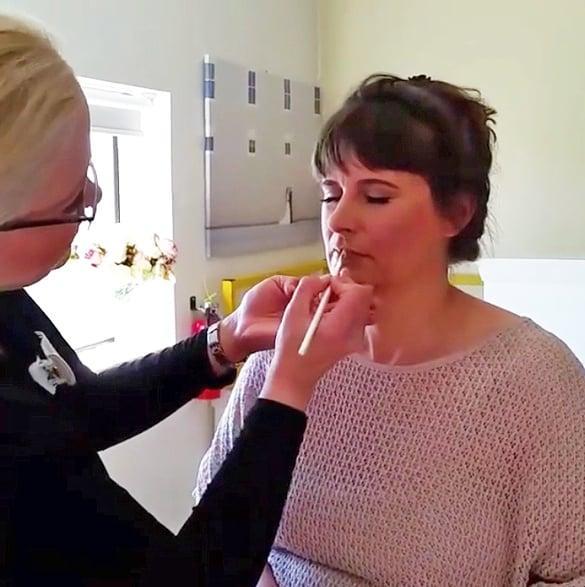 Native Texan and current Los Alamos resident Monica Stark has had an illustrious career as a makeup artist. She started out doing makeup for Texas beauty pageants around her home state, and soon, the word about her skills had spread to political and social circles.

“When I lived in Austin, I did Laura Bush’s makeup at the Governor’s Mansion a number of times and I was really pleased when she remembered me fondly when I was called in to do her makeup years later in Santa Fe,” Stark said. “She once wrote me an amazing letter of recommendation on Presidential letterhead while her husband was in office.”

Bush is not the only celebrity Stark has bonded with in the course of her job. Regular clients have included actresses Shirley MacLaine and Nicole Kidman, photographer Annie Leibovitz and former New Mexico Gov. Bill Richardson, among many others.

Recently, she did the makeup for writer George R.R. Martin of “Song of Ice and Fire” fame who got a kick out of her last name, which she shares with some of his major characters.

“He gave me some House of Stark coins, which I shared with my family” Stark said.

Stark did her training with Couture House of CHANEL, beginning in 1993. Some 10 years later, she was invited to become the first Hispanic woman to be part of the prestigious CHANEL National Makeup Artist team.  As part of this glamorous life, Stark trained with famous makeup designers and traveled the world. She spent a lot of time on airplanes and her life changed when, on one flight, she was seated next to a handsome scientist from Los Alamos National Laboratory.  In 2006, Stark moved to New Mexico to build a life with “the scientist of her dreams.”

Stark started over in her new home, creating her business, Makeup Santa Fe, from scratch.

“I did all the footwork and made all the connections myself,” Stark said. “I started with high end salons and then forged connections with wedding planners, hotels, movie people, publications – all kinds of things.”

Stark was soon very busy. She does makeup for the famous and the not so famous who want to look fabulous for a special event, as well as professional jobs for advertising, film, etc. And lots and lots of weddings.

“I can do up to four weddings in a weekend,” she said.

Stark works on-site. She’ll come to clients’ homes or hotels, as well as to professional settings.

It’s not all glamour for Stark, recently she did an ad campaign at Ghost Ranch that required her to follow the models, who were on horses, eating their dust in her car, as they moved from location to location.

“I’m a better makeup artist now that I have my own business,” Stark said.  It’s rewarding that its mine.”

Stark loves doing makeup and she loves to share her passion. She offers makeup lessons to clients in order to pass on her skills. She’ll come to your home and teach you some of the tricks she’s learned during her career in a two-hour session.

Recently she shared her skills with a troop of Los Alamos girl scouts who were working on a performing arts badge. Lots of thrilled giggles ensued.

Stark donates her talents to the “Look Good Feel Better” program which is funded in part by the New Mexico chapter of the American Cancer Society. She does the makeup of those undergoing treatment for cancer

“It’s a privilege to make these women feel beautiful,” she said.

Stark loves her hometown and welcomes Los Alamos clients who want to look fabulous. You don’t even have to be famous.