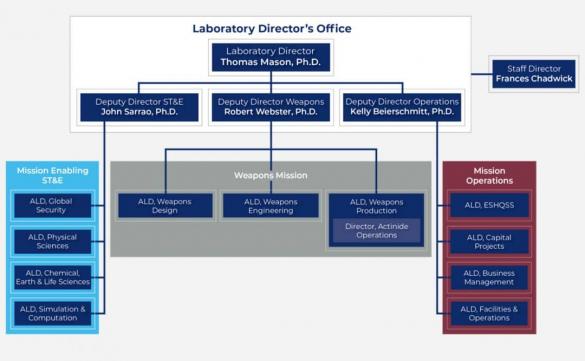 Triad National Security, LLC, announced this morning that Dr. Thomas Mason will serve as the director designate of Los Alamos National Laboratory and president of Triad, which is the Laboratory’s new managing and operating contractor.

Triad indicates that it brings world-class expertise in lab management, nuclear operations, national security and scientific research, and has been created solely to manage and operate LANL for the National Nuclear Security Administration.

Thomas Mason: Thomas (Thom) Mason is the President and CEO of Triad National Security, LLC (Triad) and will serve as the Director of Los Alamos National Laboratory once Triad assumes responsibility for the laboratory. Most recently he was the Senior Vice President for Global Laboratory Operations at Battelle where he had responsibility for governance and strategy across the six National Laboratories that Battelle manages or co-manages. Prior to joining Battelle, Mason worked at Oak Ridge National Laboratory (ORNL) for 19 years, including 10 years as the Laboratory Director. Under his leadership, ORNL saw significant growth in programs, new facilities, and hiring while achieving record low safety incident rates. Before becoming Laboratory Director, he was Associate Laboratory Director (ALD) for Neutron Sciences, ALD for the Spallation Neutron Source (SNS), and Director of the Experimental Facilities Division. During his time in Oak Ridge, Mason was active in the community serving as Chair of the Oak Ridge Public Schools Education Foundation as well as Innovation Valley, the Knoxville-Oak Ridge area regional economic development organization. He moved to ORNL from the University of Toronto where he was a faculty member in the Department of Physics and previously worked as a Senior Scientist at Risø National Laboratory and a Postdoc at AT&T Bell Laboratories. For the past 30 years, he has been involved in the design and construction of scientific instrumentation and facilities and the application of nuclear, computing, and materials sciences to solve important challenges in energy and national security. Mason has a Ph.D. in Experimental Condensed Matter Physics from McMaster University and a BSc in Physics from Dalhousie University. 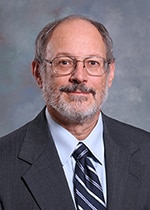 Robert Webster: Robert (Bob) Webster will serve as the Deputy Director Weapons at Los Alamos National Laboratory (LANL) once Triad assumes responsibility for the laboratory. In this role, Webster will have direct line management responsibility for planning, coordinating, and integrating the Weapons Program, particularly for the directorates of Weapons Engineering, Weapons Design and Weapons Production. Webster is a 29-year veteran of the Weapons Program at LANL and a recognized leader in Stockpile Stewardship. He began his laboratory career as a graduate student at LANL in 1984, becoming a consultant, then a technical staff member, and advancing through multiple national security positions to his present position: Principal Associate Director for Weapons Programs where he integrates the key capabilities of three associate directorates – Plutonium Science and Manufacturing (ADPSM), Weapons Physics (ADX), and Weapons Engineering and Experiments (ADW). During Webster’s tenure, the weapons program has consistently met or exceeded overall performance expectations and made significant contributions to LANL and NNSA missions—a compelling record of achievements that he brings to the many challenges of serving as the Deputy Director Weapons. Webster received a Ph.D. and M.S. in Nuclear Engineering from Purdue University, and a M.S. in Electrical Engineering and Applied Physics and a B.S. in Electrical Engineering from Case Western Reserve University. 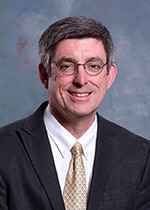 John Sarrao: will serve as the Deputy Director Science, Technology, and Engineering at Los Alamos National Laboratory (LANL) once Triad assumes responsibility for the laboratory. Sarrao is currently the Principal Associate Director for Science, Technology, and Engineering (PADSTE) at LANL, leading the Laboratory’s STE capabilities in supporting the laboratory’s national security mission. Previously, he served as the Associate Director for Theory, Simulation, and Computation for five years. Sarrao has also held a number of leadership positions within LANL’s materials community. His primary research interest is in the synthesis and characterization of correlated electron systems, especially actinide materials. Sarrao was the 2013 winner of the Department of Energy’s E.O. Lawrence Award and is a Fellow of the American Association for the Advancement of Science (AAAS), the American Physical Society (APS), and Los Alamos National Laboratory. Sarrao’s personal research and technical leadership career has emphasized national security science from plutonium physics research to advanced materials design and discovery to stewarding LANL’s high performance computing resources and simulation capabilities. Sarrao received a Ph.D. in physics from the University of California, Los Angeles based on thesis work performed at LANL. He also has a M.S. in physics from the University of California, Los Angeles and a B.S. in physics from Stanford University. 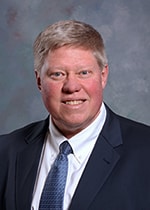 Kelly Beierschmitt: will serve as the Deputy Director Operations of Los Alamos National Laboratory (LANL) once Triad assumes responsibility for the laboratory. Beierschmitt has worked more than 30 years in the service of critical DOE missions. Most recently, he was the Deputy Laboratory Director for Science and Technology and Chief Research Officer for Idaho National Laboratory (INL) where he had responsibility for setting the scientific and engineering agenda and overseeing the research, development, demonstration and deployment of the critical missions for the laboratory. Prior to joining INL, Beierschmitt worked at Oak Ridge National Laboratory (ORNL) for 13 years where he served as Associate Laboratory Director for both the Neutron Sciences and the Nuclear Science and Technology Directorates. He also served as ORNL’s Director of Environment, Safety, Health and Quality. Beierschmitt moved to Oak Ridge from the Pacific Northwest National Laboratory where he held several roles both in the sciences and support functions. He began his career at the Pantex Plant, where he served as a nuclear explosives engineer, developed some of the earliest Safety Analysis Reports, retooled high explosives operations and developed one of the earliest Master Safeguards and Security Agreements. Beierschmitt’s entire career has emphasized the synergistic integration of science, technology and engineering with operational excellence to ensure effective mission delivery in a wide array of research and development environments – ranging from forefront experimental research in physical sciences to developmental engineering requiring hazardous nuclear operations. Beierschmitt has a Ph.D. in Industrial Engineering (Risk, Reliability Engineering) from Texas Tech University and a BSc in engineering mathematics from West Texas A&M University. He is a registered Professional Engineer, Certified Safety Professional in Comprehensive Practice, and a member of the American Nuclear Society, Materials Research Society, and other professional societies. 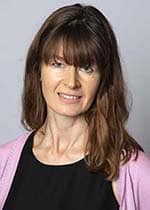 Frances Chadwick: will serve as the Laboratory Director’s Staff Director once Triad assumes responsibility for the laboratory. In this role, she will support the Director and Deputy Directors and manage the various offices that report into the Director’s office. Chadwick has worked at Los Alamos National Laboratory (LANL) since 1996 in various positions in Finance and Infrastructure. In her current role, she manages the Laboratory’s $450M portfolio of mission-critical facilities as Program Director for Weapons Infrastructure in PADWP. This involves overseeing both current year execution of operations, maintenance and facility projects, which span most of the laboratory as well as planning the outyear needs for capital investments and operations at the site. Prior to this, Chadwick was the Business Manager for the Weapons Programs, overseeing financial, planning and procurement activities for the Weapons Programs. Chadwick serves on the Laboratory’s Benefits and Investments Committee and is a member of the Department of Energy’s Infrastructure Executive Council as the representative from the NNSA sites. She also is the laboratory lead for LANL’s collaborations with the UK’s Atomic Weapons Establishment at AWE in the area of Infrastructure & Operations. Chadwick is nationally recognized for her effective advocacy for excellence in support services to the Weapons program, and in enabling the successful planning and solid financial support for our mission-critical facilities. Originally from the UK, Chadwick holds a bachelor’s degree from Oxford University, England, and an MBA from University of California, Davis Graduate School of Management.