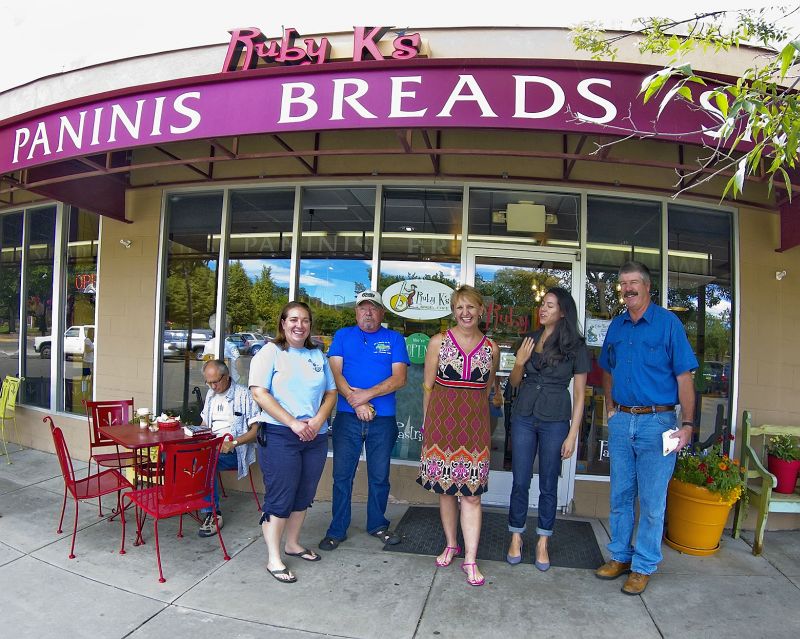 Melissa Schmidt, newly hired operations manager at Ruby K’s Bagel Cafe, plans to use her communication skills to lead the staff through changes at the restaurant.

“This is a big time at Ruby K’s,” said Schmidt, who was also a shift supervisor at Starbucks, where she has worked for the past six years. “Ruby (Alexander) has a lot of great ideas. It’s an exciting place to work and for customers to come in. I’m excited to be part of something local.”

In the upcoming months, Ruby K’s will renovate it’s dining area and kitchen, expand restaurant hours and add cupcakes and other inexpensive after-school snacks to its menu.

“The skills that I learned at Starbucks are very applicable to Ruby K’s. The biggest thing that I’ve learned is to always make sure that everyone is on the same page and that everyone knows what’s going on,” Schmidt said. “There’s going to be a ton of communication. Nobody will be left in the dark. We’re going to revamp the training process, and create a video that will make it easier to memorize the sandwiches and learn other repetitive routines. It’s all so that we can improve the customer’s experience.”

Schmidt was born in Los Alamos and attended high school in Southern California where she first tasted her love of the restaurant business when she worked in food service at Disneyland.

“I love working for this type of business because I can connect with people over a cup of coffee or a sandwich,” she said. “I’ve seen people’s kids grow up. I get to bond with the customers. I just can’t do that in a different type of business.”

Schmidt said that she enjoys being able to have a say in decisions about the building layout, improving staff training and finding ways to draw in an after school crowd.

“Working at Ruby K’s is a wonderful opportunity for my professional growth,” Schmidt said.