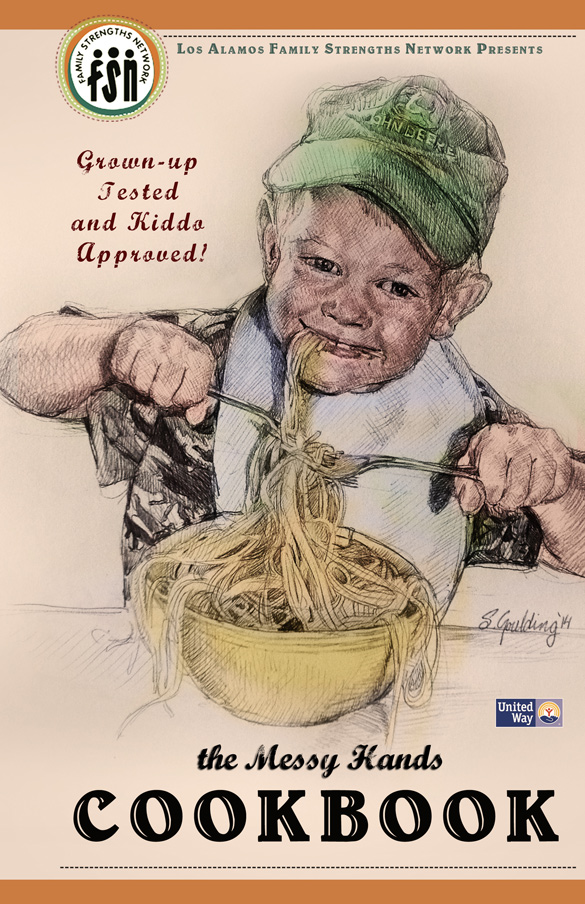 Family Strengths Network’s compilation of recipes from local families, ‘Messy Hands Cookbook’ is one of the books featured at the Local Authors Book Fair at Mesa Public Library Saturday. Courtesy/MPL

Stopping by Mesa Public Library should be on everyone’s to-do list noon to 3 p.m. Saturday, Dec. 6 because that’s where all the local authors will be set up to sell and sign their books.

If you’ve ever wanted to meet a writer in person, this is your chance- you can ask those burning questions, buy those unique books and have them signed by the author.

The Upstairs Rotunda at Mesa Public Library, 2400 Central Ave., is the location for the Book Fair. And since that is located right outside of the Upstairs Gallery at Mesa, be sure to set aside some time to look at the new exhibit by the Museum of the American Military Family, which will hang in the Gallery for the month of December. 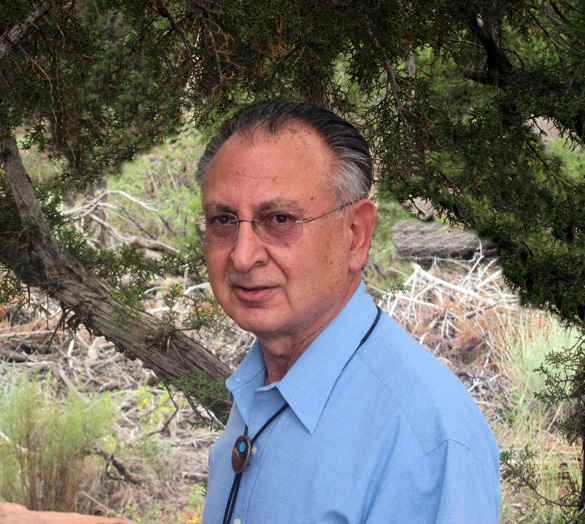 Among the authors who have confirmed that they will be at the Book Fair is Leandro Thomas Gonzales, whose book is called “Follow the Spinning Sun.” The book is an exploration of what might have happened to cause the early inhabitants of Bandelier to leave their home. Gonzales is retired from Los Alamos National Laboratory, where he was a mathematician, nuclear physicist and engineer.

Another local author who will be in attendance is Elena Giorgi, a scientist at LANL, who has written two scientific mysteries – that is, they are based on scientific reasoning and solved by scientific methods. She has written two detective thrillers in the Track Presius series, Chimeras and Mosaics.

Don Willerton writes the Mogi Franklin Mysteries, a series of middle-grade mystery stories that feature the country, culture, and history of Utah, Arizona, Colorado, and New Mexico. The first book of the series, The Ghosts of San Juan, won First Place in the Middle Grade or Young Adult novel category of the 2001 Southwest Writers Contest.

Since moving to northern New Mexico in 1996, Judith Ann Isaacs has written a travel guide, a cookbook, and a walking tour booklet, all featuring the local area where she lives in the Jemez Mountains. Other published writing includes essays and short stories, most with a Southwest theme. Into Hot Water is her first novel. As an avocational archaeologist—her greatest love – she has volunteered on rock art recording projects in New Mexico, Utah and Arizona. She is also a volunteer archaeological site steward at Chaco Cultural National Historic Park and for the Jemez District of the Santa Fe National Forest. Judith retired in 2008 as director of Jemez Springs Public Library.

Dee Alei is an ordained minister and a pastor/director with the newly established Northern New Mexico Revival Center in White Rock.  She and her husband, Dave (who was born and raised in Los Alamos), were pastors here 20 years ago, and recently returned to the area after a long stint ministering to church leaders, and as missionaries in both England and Mexico. Alei has been a writer for many years, authoring short pieces for various magazines and newspapers. Her two books, inspired by her pastoral work, are From Bondage to Blessing and Thy Kingdom Come.

The Los Alamos Family Strengths Network has created a compilation of recipes from local families called “Messy Hands Cookbook”. The recipes promise to encourage family cooking experiences with tried-and-true favorites and unique twists on old standards. The cookbook is a fundraiser for Family Strengths.

Local health coach Lisa Cantrup Bakosi takes a different angle on cooking for a family, with her book, also a compilation, called “Balance for Busy Moms – Cooking Your Way to Health.” Bakosi owns her own business and is the mother of an active one-year old boy, so “busy” may be an understatement.

The Book Fair is a special holiday version of the Authors Speak series, which generally takes place on the fourth Thursday of each month. Authors Speak does not take place in November, because it conflicts with Thanksgiving in most years, nor December because of winter holidays.

The Authors Speak Series is a monthly event featuring local and regional authors speaking about their writing on a variety of subjects such as local and state history, travel, outdoor activities, fiction, Native American history and culture, poetry and more. The series is funded by the Friends of the Los Alamos County Library System. The talks are free and begin at 7 p.m., followed by the opportunity to meet the authors and enjoy refreshments.

The Friends of the Los Alamos County Library System support many of the programs at the libraries, both in Los Alamos and White Rock. They support the Authors Speak program, the Upstairs Art Gallery, the Film Series, the Summer Reading Program, and many others, in the libraries and in the community. So consider shopping at the Friends of the Library bookstore in the lobby of Mesa Public Library year-round.