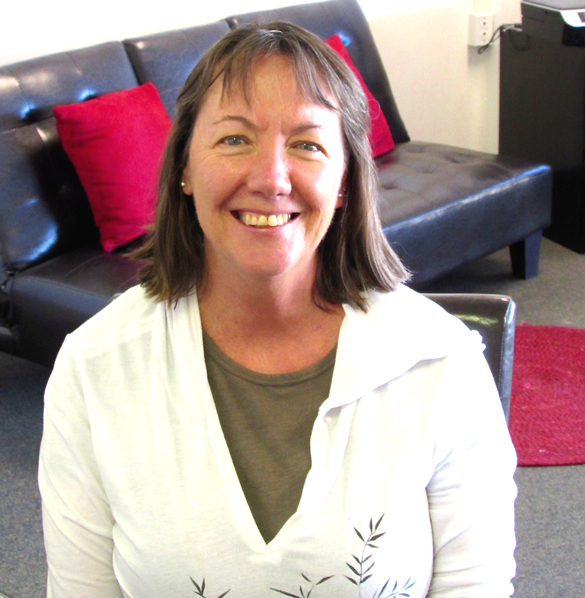 Laura Kelly has a full schedule; it includes teaching fitness classes at the Los Alamos Family YMCA and working at Los Alamos National Laboratory. Still, Kelly wanted to add one more thing to her to-do list: write a novel.

After receiving numerous emails about workshops run by Tom Bird, an expert on crafting bestselling books, Kelly decided to give one a try in Santa Fe. She attended the workshop and said, “I was hooked.”

Ultimately, she decided to go a step further and sign up for one of Bird’s “Write Your Best Seller in a Weekend” retreats. So, in November 2015, Kelly traveled to Sedona, Ariz., to create her novel.

“I finally just decided to make it happen,” she said.

During the course of this weekend, Kelly created “Splintered Reflections,” which was published in August. To mark this achievement, Kelly will host a book signing 5-7 p.m., Thursday at project Y in Central Park Square.

The genesis for “Splintered Reflections” occurred during an exercise at the retreat. Bird strives for aspiring writers to tap into the right side of their brains. To do this, he got the retreat’s participants into a meditative state and instructed them to think back to when they were 2 years old. Kelly recalled she couldn’t pull out a single memory from when she was a toddler and began to “freak out,” wondering, “Who am I?”

This question about identity prompted her to begin writing. “That started the book,” she said, explaining the main character and narrator of the book, Cathy, continuously asks herself this question and the story describes how she was able to reach an answer. The book concludes, Kelly said, with “You can be whoever you want to be.”

This message runs parallel to Kelly’s own experience writing this book; despite the obstacles she encountered, Kelly learned she could in fact be the one thing she always wanted to be: an author.

“It’s been a very learning and liberating experience,” she said.

Kelly received a devastating critique from the style editor, who said while Kelly was skilled at writing the “spice of life,” her book had no plot. Additionally, a fellow writer accused Kelly of stealing her book’s title, causing Kelly to have to draft a new one. Finally, Kelly learned the graphic she selected for her book’s cover was copyrighted.

All these obstacles, however, improved the book. After getting the style editor’s critique, Kelly was able to produce a plot twist into her story and because the original graphic was unusable, Kelly hired Scully to create a very unique and personal image for the book’s cover using a picture of Kelly’s daughter, Anastasia.

Overcoming these obstacles and getting her book published cemented many things for Kelly. “I proved to myself that I was meant to be a writer.”

“Everyone has a book inside of them. It’s that drive – you have to persevere and overcome those obstacles,” she said.

With social media and the Internet, it is really easy to get published, Kelly pointed out. Still, there a few things she would advise aspiring writers to keep in mind.

“Editing is important. You need a good editor,” Kelly said, adding, “Just enjoy the process and don’t get stressed out.”

The end result, seeing your work in print, is pretty rewarding. When Kelly finally received a copy of her book, after almost a year of work, she said, “it was extremely exciting to be able to see and hold a publish copy.”

But things are not stopping there. Kelly is already at work on her second novel; which is more autobiographical and touches on many aspects of Los Alamos and online dating.