McQuiston: Hail Damage To Your Roof? 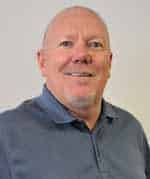 As we enter into our monsoon season, I thought it might be a good time to do an article on hail and hail damage.

Your home’s roof is usually most susceptible to hail damage, with other damage possible to windows, siding, decks, fencing, landscaping, air conditioners, garage doors, gutters and downspouts, all depending on the size of the hailstones.

Roof engineering studies have shown that it takes hail one and one quarter inches or larger to cause damage to a sound roofing system.

When hail claims are reported to insurance companies, an inspection is usually required to confirm the extent of hail damage for payment of the claim.  On occasion, the adjuster or appraiser inspecting your property may report to you they did not find evidence of hail damage.  You may ask how can that be when your neighbor next door was told he or she had hail damage requiring the roof to be replaced?

There are several factors that can lead to why one home may have evidence of hail damage and a home next door does not.  Some of these factors may include:

The direction a house faces in regard to the direction of the storm.  Roof slopes that directly face the oncoming hail are more susceptible to damage as the hail will strike those areas straight on as opposed to glancing hits on the opposite or adjacent roof slopes.  It is not uncommon for one slope of a roof to have hail damage and the opposite slope to not have damage.

The steeper the slopes of a roof, the less susceptible they are to hail damage because the hailstones strike at a less direct angle than on those roofs that are not as steep.

Trees can play a significant role in shielding a roof from hail damage.  Large mature trees in close proximity to a home that provide shade to the home can also prevent or lessen the impact of hailstones striking your roof.

You  may also want to verify that your neighbor’s insurance carrier actually had someone inspect their roof and identify hail damage as opposed to paying a claim based only on reports of hail in the area or a report of hail damage by a roofing contractor canvassing the area for business following a hailstorm.

Finally, you need to ensure those that inspect your roof and indicate you have hail damage actually know what hail damage looks like.

They should be able to differentiate hail damage from other common roof damage such as natural shingle aging and deterioration, nail pops, manufacturing defects such as blistering and excessive granule loss, and mechanical damage from hammers, shoes, tree limbs, and the like.

Remember, wear and tear to your roof is not a covered insurance peril.  And just because part of your roof may suffer hail damage, an insurance policy will only replace the damaged part, not necessarily the whole roof.