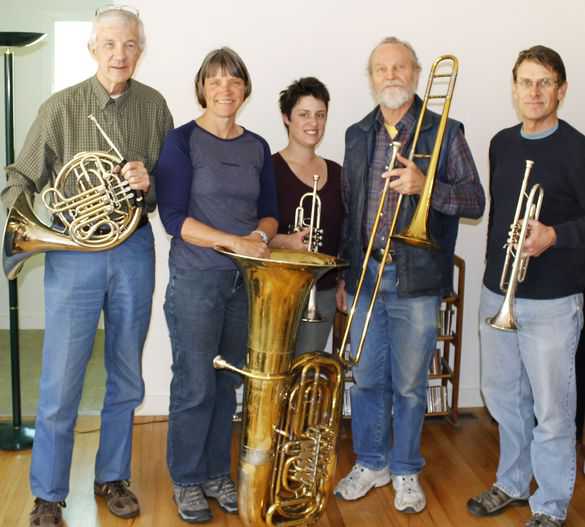 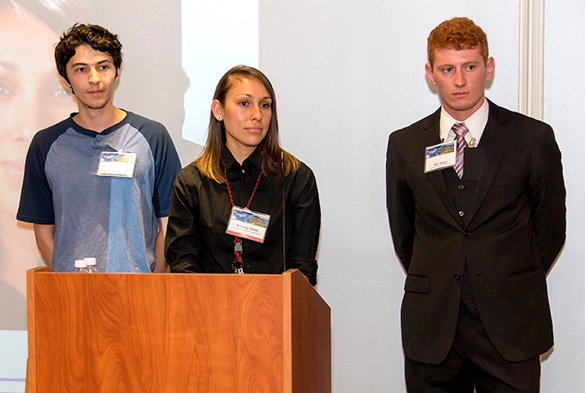 For the third straight time at the Los Alamos National Laboratory’s community leadership meeting, LANL Director Charlie McMillan gave pretty much the same report on the lab’s employment plans and favorable hiring prospects for the next several years.

“The lab is at a time of almost unprecedented opportunity,” he said, as he has been saying for some time now.  He said the laboratory has hired 1,135 employees since October 2014. “We expect to continue hiring at a similar pace.” These are not new jobs, to be sure, but rather replacements for retirees and normal attrition, but they offer an opportunity to shape a new workforce that is younger and more diverse.

At the meeting Tuesday in the Oppenheimer Study Center, McMillan extended his remarks beyond mentioning the role of students, grad students and postdocs at the laboratory and the way they create a university campus-like atmosphere each summer.

This time he introduced several young people from Northern New Mexico who have gained a foothold at LANL and are already making a contribution to the laboratory’s mission.

McMillan noted a common thread for all the young student workers was an effective relationship with their mentors, who were recognized for their important role. McMillan said that 12 percent of the current LANL workforce is made up of former postdocs.

NNSA Los Alamos Field Manager Kimberly Davis Lebak also had a few comments about employment. She said there are 80 federal employees in her offices, with authorization for another six positions, of which there are three offers pending.

It was exactly a year ago that Doug Hintze was named the manager of the new DOE-Environmental Management Los Alamos Field Office. He said his office has 21 people with 41 positions currently authorized, and that opportunities for these positions will be continued into the new environmental management and cleanup contract. That contract has a total estimated value of $1.7 billion, based on a 10-year duration at about $170 million a year.

The plan is for that contract to be put out “in the August time frame,” Hintze said. “That will give us eight or nine months to evaluate proposals and make an award in the June time frame,” followed by a three-month transition.

Hintze reported some difficulties at the first pre-solicitation conference last month to discuss the Draft Request for Proposal.

“About 130 individuals showed up,” he said, which was a larger number than expected. “It didn’t go smoothly, because it was the first time it was held,” he added, “The acquisition laws do not recognize the community, which is strange, and this was the first time county involvement has been tried. We’re going to work on that.”

One piece of work will be to respond to some 700 comments that have been received, he said, also an unexpectedly large number that will have to be resolved before a final RFP can be prepared.