Massing of the Colors Ceremony Saturday 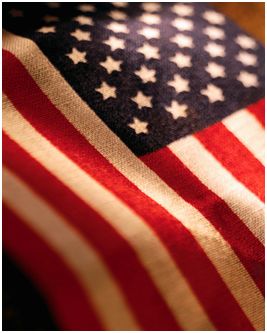 SANTA FE—Honoring Old Glory and those who have served to protect her are once again the focus of this year’s 18 annual Massing of the Colors Flag Day Ceremony in Santa Fe, which will be celebrated May 11 at the Santa Fe Veterans’ Memorial.

Flag Day is one of the oldest observed ceremonies in America. It commemorates the adoption of the first American Flag by the Second Continental Congress in 1777.

The festivities get underway at 9 a.m. with a free concert by the New Mexico National Guard’s 44th Army Band, followed at 9:30 a.m. by the ceremony. The host is the Santa Fe Chapter of the Military Order of World Wars.

The Patriot Guard Riders is a national group whose members attend the funerals of U.S. Armed Forces members, veterans, firefighters and police at the invitation of the deceased’s family. While the group is associated with motorcycle riding, it is not a chartered motorcycle club. According to the group’s mission, the PGR is an organization made up of individuals with an unwavering respect for those who risk their lives for America’s freedom and security.

Following the presentations will be the colorful Massing of the Colors featuring dozens of veterans’ organizations and other community groups, parading towards the monument bearing the flags of the United States, New Mexico, and their own organizations. Music will be provided by the 44th Army Band and guest soloist Frances Fernandes.

The Santa Fe Veterans’ Memorial is located two blocks south of the Santa Fe Plaza, at the intersection of Galisteo and Montezuma streets and on the northwest corner of the Bataan Memorial Building.

For more information about the Flag Day Ceremony, contact Bob Mallin at bobmallinmd@gmail.com.