Mass-Shootings In U.S. Since January 2009 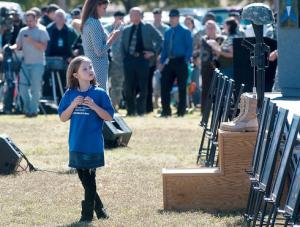 Between 2008 and 2013, the FBI used a narrow definition of mass shootings – limiting the designation “mass shootings” to incidents in which an individual (in a handful of cases, more than one individual) “kills four or more people in a single incident (not including the shooter), typically in a single location.”

In 2013, the FBI changed its definition, moving away from “mass shootings” to identifying an “active shooter” as “an individual actively engaged in killing or attempting to kill people in a confined and populated area.” Frederic Lemieux notes that this change means that the agency, when referring to incidents which used to be described as mass shootings, now includes incidents in which fewer than four people are killed, but in which several are injured.

The change in definition has resulted in some confusion regarding specific cases, and whether or not they should be included in studies of mass shootings. It has also made it more difficult to conduct comparative studies of trends in mass shootings before and after 2013 – and compare studies which were made with the researchers using the earlier definition to studies in which the researchers used the more recent definition.

The Telegraph offers a list of the major mass shooting incidents in the United States since January b2009 (these are incidents which the FBI would describe as mass under both the 2008 and the 2013 definitions):

August 2010 / Manchester, Connecticut
8 dead
Omar Thornton, 34, a driver for Hartford Distributors, leaves a disciplinary hearing and begins shooting before turning the gun on himself.

July 2012 / Aurora, Colorado
12 dead, 58 wounded
James Holmes, 24, opens fire during the late-night premiere of “The Dark Knight Rises.” He had booby-trapped his apartment with explosives, and was recently sentenced to twelve life terms.

December 2012 / Sandy Hook Massacre, Connecticut
27 dead, 1 wounded
Adam Lanza, 20, forces his way into Sandy Hook Elementary School, Newtown. He kills twenty first-graders and six adults. Before arriving at the school, he had killed his mother at their home.

June 2013 / Santa Monica College, California
5 dead
John Zawahri, an unemployed 23-year-old, kills five people in a rampage which begins at his father home and ends in the college’s library.

May 2014 / University of California, Santa Barbara
7 dead, 7 wounded
Elliot Rodger opens fire on the campus town of Isla Vista, California from inside a black BMW. Rodgers left written and video evidence, suggesting the attack is premeditated.

October 2014 /Marysville Pilchuck High School, Marysville, Washington
5 dead, 1 injured
Jaylen Fryberg, a 15-year old high school freshman, kills four students – including his cousin – after arranging to meet them at the school’s cafeteria. He then kills himself. The killing appears to be the result of a conflict over a girl (the girl was also killed).

October 2015 / Umpqua Community College, Oregon
10 dead, at least 7 wounded
Chris Harper-Mercer, 26, who was enrolled at the college and had posted online messages about other recent massacres, shoots people at random on campus.

December 2015 / San Bernadino, California
14 dead
Syed Rizwan Farook and Tashfeen Malik shoot fourteen people dead at a holiday party in San Bernardino, California. They were killed in a shootout with police five hours after the massacre at the Inland Regional Center social services agency, and are reported to have been inspired by Islamist militants.

March 2016/ Wilkinsburg, Pennsylvania
6 dead, 5 injured
A shooting at a backyard party in the town of Wilkinsburg, near Pittsburgh, leaves five people dead and three others injured.

June 2016 / Orlando, Florida
50 dead, 53 injured
A heavily armed gunman opens fire and seizes hostages at a gay nightclub in Orlando, Florida. It is the worst mass shooting in America’s history.