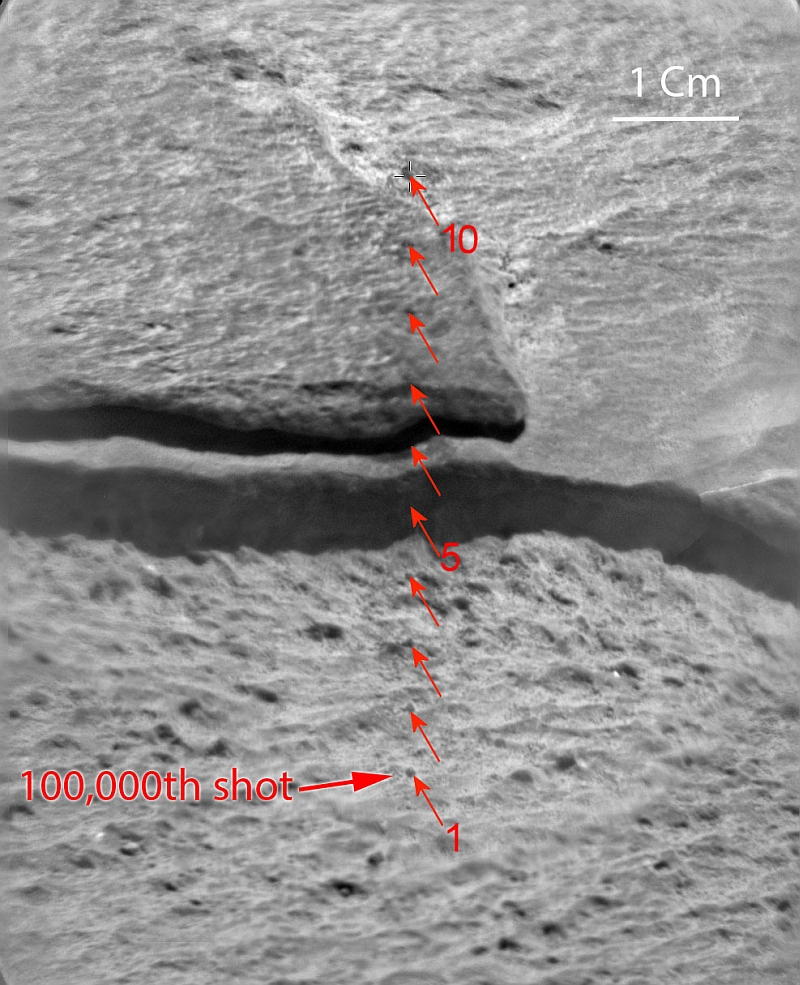 Fig. 1. This figure is a ChemCam Remote Micro Imager (RMI) image of the target ‘Ithaca.’ The image is a mosaic of three separate images taken on Sol 439, with the scale as shown. The image shows the scars from the 10 LIBS points labeled from point 1 to point 10. One of the 30 shots at point no. 1 was the 100,000th firing of the ChemCam laser. The distance to the target from the ChemCam telescope at the top of the mast was 4.04 m. The vertical line of 10 points taken by ChemCam on Ithaca, starts in a pitted lower coarser grained unit and crosses into a finer grained, smoother, upper unit. The chemical composition appears to be very similar between units. Courtesy/NASA/JPL-Caltech/LANL/CNES/IRAP

The ChemCam laser instrument aboard NASA’s Curiosity rover fired its 100,000th shot recently, chronicling its adventures on Mars with a coffee-table-book’s worth of spectral data that might rival snapshots gathered during a long and satisfying family vacation here on Earth. ChemCam zaps rocks with a high-powered laser to determine their composition and carries a camera that can survey the Martian landscape.

“ChemCam has greatly exceeded our expectations,” said Roger Wiens, Los Alamos National Laboratory planetary scientist and Principal Investigator of the ChemCam Team. “The information we’ve gleaned from the instrument will continue to enhance our understanding of the Red Planet, and will nicely complement information from the other nine instruments aboard Curiosity as we continue our odyssey to Mount Sharp.

Curiosity landed on Mars at the edge of Gale Crater near the base of Mount Sharp Aug. 6, 2012. The rover is a rolling laboratory about the size of a small SUV that will roam the Martian landscape for at least another year in search of clues about the planet’s habitability. Using a suite of 10 instruments that can perform diverse and amazing tasks ranging from digging up and baking soil samples, to shooting rocks with pinpoint accuracy with a high-powered laser, Curiosity already has helped show scientists that Mars apparently once had a very wet history and still retains enough moisture in its dust and rocks to quench the thirst of future astronauts.

Curiosity’s laser instrument, ChemCam, fires a short laser burst that packs the wallop of nearly one million light bulbs into a single pinpoint of light to vaporize rock and dust. A camera aboard the instrument reads the spectral signature of the resultant flash and translates the i= nformation into the composition of whatever happened to be in ChemCam’s crosshairs at the moment. The instrument also has a camera that scientists have been using to survey the Martian landscape. A slideshow of images can be found at http://www.msl-chemcam.com.

“Like those family slideshows from summer vacations along Route 66, people will be able to enjoy and experience the highlights of our trip,” Wiens said. “ChemCam was designed to fire one million shots, so we’ll have lots of stories to tell later on.”

More information on Curiosity’s travels can be found at http://www.nasa.gov/msl. 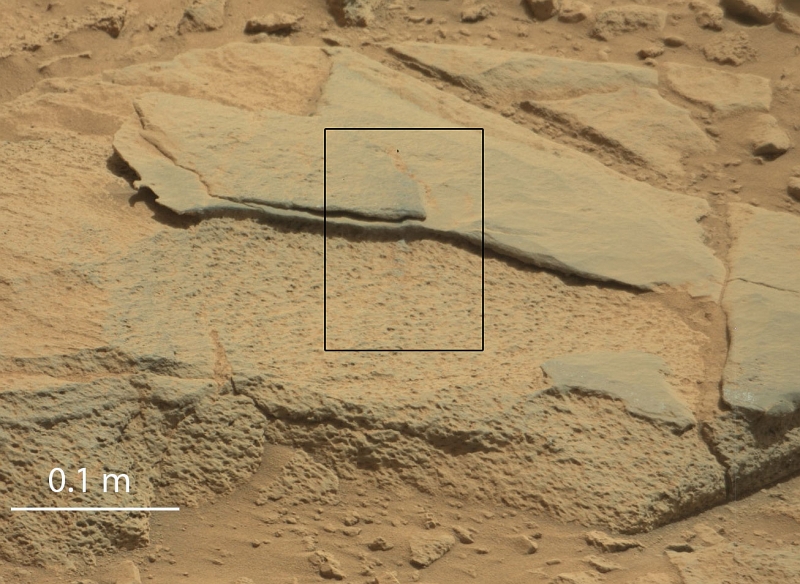 This context image was obtained by Curiosity’s Mast Camera on Sol 439. The area outlined in black is the area of the ChemCam RMI image. From this image, the ‘Ithaca’ rock appears to be a piece of the local sedimentary bedrock protruding from the surrounding regolith or soil. Courtesy/NASA/JPL-Caltech/MSSS 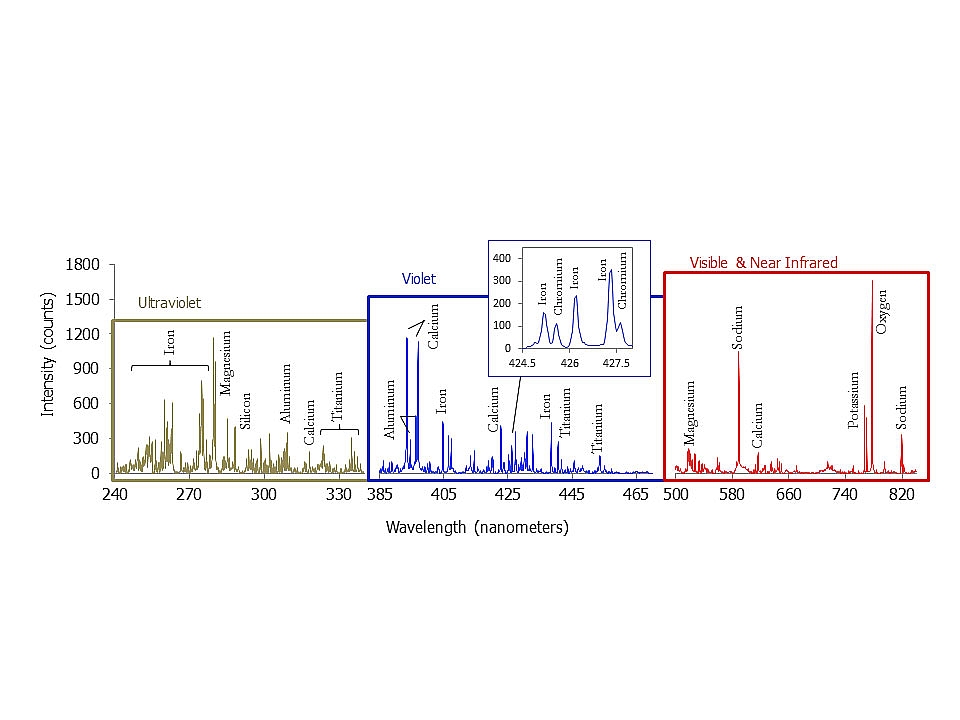 The averaged spectrum of point 1 from the target ‘Ithaca,’ which includes data from the 100,000th laser shot by ChemCam. This spectrum is typical of Martian volcanic (basaltic) material, from which the sediments in Gale are derived, with a standard major element suite of Si, Mg, Al, Ca, Na, K, O, and Ti. There is an enrichment in Fe (>20% FeO) and Ti (>1% TiO2=.) Chromium and Mn (not shown) are also present. Courtesy/LANL