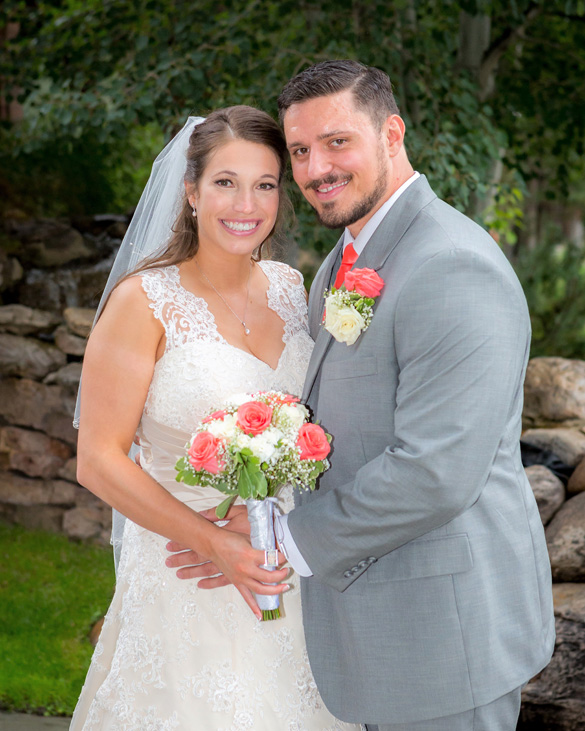 Chandra Anne Kluk and Jon Peter McDonald were married Aug. 13, 2016, at the Immaculate Heart of Mary Parish in Los Alamos. Rev. Glenn Jones of IHM presided over the double-ring ceremony with Deacons John Sutton and John Heal assisting. Brandon Kluk, brother of the bride, and Diana McDonald, sister of the groom, sang “Set me as a Seal” during the lighting of the Unity Candle.

A reception followed at Cottonwoods on the Green, which included a dinner catered by Pawel and Dorota Listwan, slide show, photo booth and dance featuring DJ Matt from Sounds Productions. The wedding colors were coral and grey and the beautiful floral arrangements were provided by Flowers by Gillian.

Emily and Mike Kluk of White Rock are the bride’s parents, and Merle and (the late) Linda McDonald of Chandler, Ariz., are the groom’s parents. The bride was given away by her father.

The lectors were Yvonne Salaz and Ellen Marie Guenette, aunts of the bride. Deacon John Heal, friend of the groom, proclaimed the gospel reading. The offertory gifts were presented by Elaine Guenete and Julie Walker, Godmothers of the couple.

The couple recently relocated to Katy, Texas. Jon is a petroleum engineer with Terra Energy Partners and Chandra is a physician assistant with Next Level Urgent Care.