Marine Veteran Roger Anaya Is Proud To Give Back 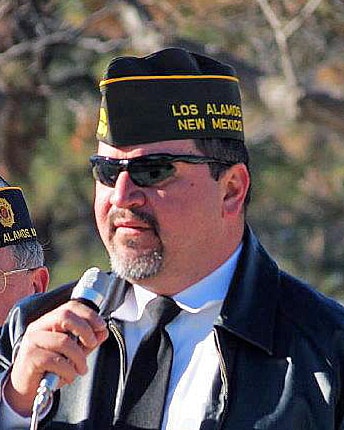 When U.S. Marine Corps veteran Rogelio “Roger” Anaya is not at his job at Los Alamos National Laboratory as the team leader for 13 software developers, there’s a good chance you can find him at the Veterans of Foreign Wars John D. Gamble Post 8874 where he serves as commander.

Anaya was born in Sahuayo, Michoacan in Mexico and came to the United States when he was eight years old. His father was a dairy foreman in La Union, which lies near Anthony between El Paso and Las Cruces and at that time, students of migrant program workers were given the opportunity to go to school so the rest of family moved to La Union. The owner of the dairy provided home outside town for the 10 workers and their families.

Anaya said he brother and two sisters cried about moving but he was excited to go to school. In fourth grade and after a year in an English as a second language program he was already in mainstream classes. The school was bilingual up to sixth grade so all the students spoke both English and Spanish.

By middle school, Anaya’s love of learning had him at the top of his class. He also loved sports and played baseball and football throughout high school. When he graduated, he was granted permanent resident alien status in the United States and the next day, he joined the Marine Corps Reserves.

“I felt the need to give back,” Anaya said. “I was still a citizen of Mexico but I wanted to pay this country back for the opportunities it was giving me.”

He said he was attracted to the Marine Corps because he wanted the discipline and because he was very athletic and felt he could make it through the tougher boot camp. 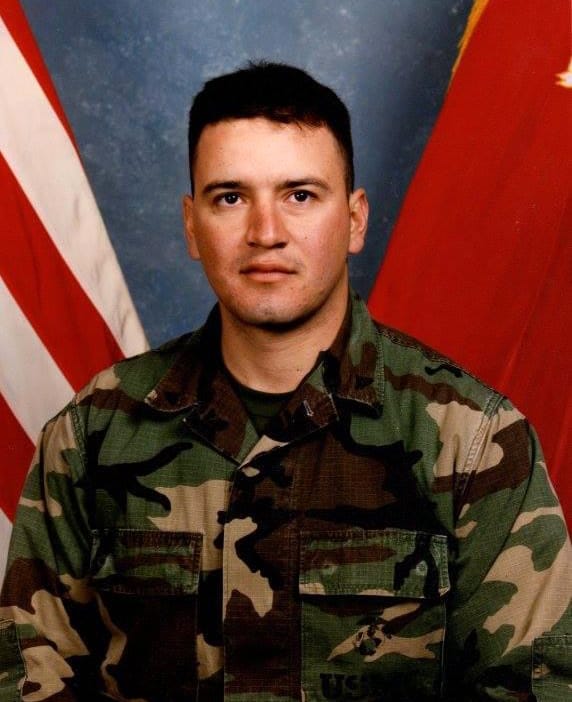 Anaya had a Presidential Scholarship to the University of New Mexico and was the first in his family to go to college and his brother, Jose, helped him get there in 1986 to study computer science. In 1987, he skipped a semester and went to the Marine Corps Recruitment Depot near Camp Pendleton, Calif.

His first military occupational specialty was Artillery Field Directions Controls and he took his training at Fort Sill, Okla. He went on to join a reconnaissance unit from Albuquerque.

In 1987-88, his junior year, Anaya pitched for the Lobos baseball team.

“Baseball was my passion. It was hard though, because there was a lot of traveling and there were no laptops back then so I couldn’t take my work with me. I loved it and it was a thrill for a farm boy like me to travel to places like Brigham Young University in Utah, Las Vegas and Hawaii to play basebal,” he said.

In November 1990, Anaya’s Marine Corps company was activated for Operation Desert Shield, which was ordered in August 1990 by President George Herbert Walker Bush in response to Iraq’s invasion of Kuwait. Iraq’s leader, Saddam Hussein wanted to acquire Kuwait’s large oil reserves, cancel a large debt owed to Kuwait and expand Iraqi power in the region. Concerned about the potential threat to Saudi Araba, the world’s largest oil producer and exporter, the U.S. and NATO rushed troops there to deter a possible attack. Egypt and several other Arab nations also were involved in the military build-up as Iraq sent about 300,000 troops to Kuwait.

Anaya’s whole company went to Camp Lejeune, North Carolina for motorized reconnaissance training for a month. He recalled receiving new green camouflage uniforms and just one set of desert camouflage and on Christmas Eve, 1990 he set off for Saudi Arabia.

“I hadn’t thought when I was in class that we’d be called up because nobody had been called up since Vietnam. When we arrived in Saudi Arabia I realized it might be real. I was prepared mentally but I was a little anxious,” Anaya said.

He said they quickly learned how to drive Hummers in the desert for the ground war and when the air war started, word was passed down by command.

“We were sent to the border with Kuwait and told to make noise so that the Iraqis knew we were there. When it became a hot zone we ended up being there a little longer because they couldn’t come and pick us up,” Anaya said.

By January 1991, the allied coalition against Iraq had reached a strength of 700,000 troops, which included 540,000 from the U.S. and some British, French, Egyptians, Saudis, Syrians and others but Saddam still refused to withdraw his forces from Kuwait and vowed that it would remain a province of Iraq.

In February 1991, Anaya’s reconnaissance company headed north as part of the massive coalition ground offensive. They were backed by artillery ground support, M1 tanks and some air support. There were times when chemicals were detected and they had to drive their Hummers wearing gas masks. The Iraqi forces were quickly overwhelmed and Kuwait was liberated in less than four days.

“I thought we would go all the way into Iraq so I was surprised when they told us we were done. They announced the cease fire and took our weapons away,” Anaya said.

He recalled the oil rig fires causing it to be dark during the day, the smell of smoke everywhere and the amount of destruction everywhere, but he also recalled getting to take showers and receiving care packages from his wife, Lilly, who sent him jalapenos. He remembers the Kuwaiti people waving to them as they left their country.

Anaya remained on active duty until August 1991 and in 1992 he graduated from UNM and proudly became a citizen of the United States. He went to work at LANL, first under the student program writing code and developing software and has been there ever since.

He has been officiating football since 1994. He is an Eucharistic minister and usher at Immaculate Heart of Mary Catholic Church and a fourth degree member of the Knights of Columbus. He joined the VFW in 2007 and served as junior vice commander and senior vice commander before becoming commander five years ago.

Anaya said the Marine Corps has had a positive effect on his life as far back as boot camp. He remembers being 5’ 11” and 165 pounds when he went to boot camp and leaving there after 11 weeks with a “high and tight” (haircut) and weighing 35 pounds heavier. He said he learned that if he could make it physically and mentally through boot camp, he could handle anything that came his way.

“At the end of the day, there was the camaraderie. You are a Marine for life. You learn to be committed to everything you do, whether it’s church, your family, your community,” he said. “Maybe I would have been like that even without the Marine Corps but I think it’s instilled in you.”

Anaya said he loved becoming a U.S. citizen and is particularly proud to be involved in the naturalization ceremonies at Bandelier National Monument where he has also been the speaker.

“My mom who is 69 is becoming a United States citizen in January. It has always been her dream and I am so proud of her. She has never voted and will finally get to do it,” he said. “Overall this country has offered us a lot. I am happy and proud I have been able to give back to the community, kids and veterans. Every person should be proud to be an American. There’s no question that this is the best country in the world.”

Anaya has been married to Lilly Hinsley Anaya since 1990. The couple has three children, Roger, Rachel and Elizabeth. 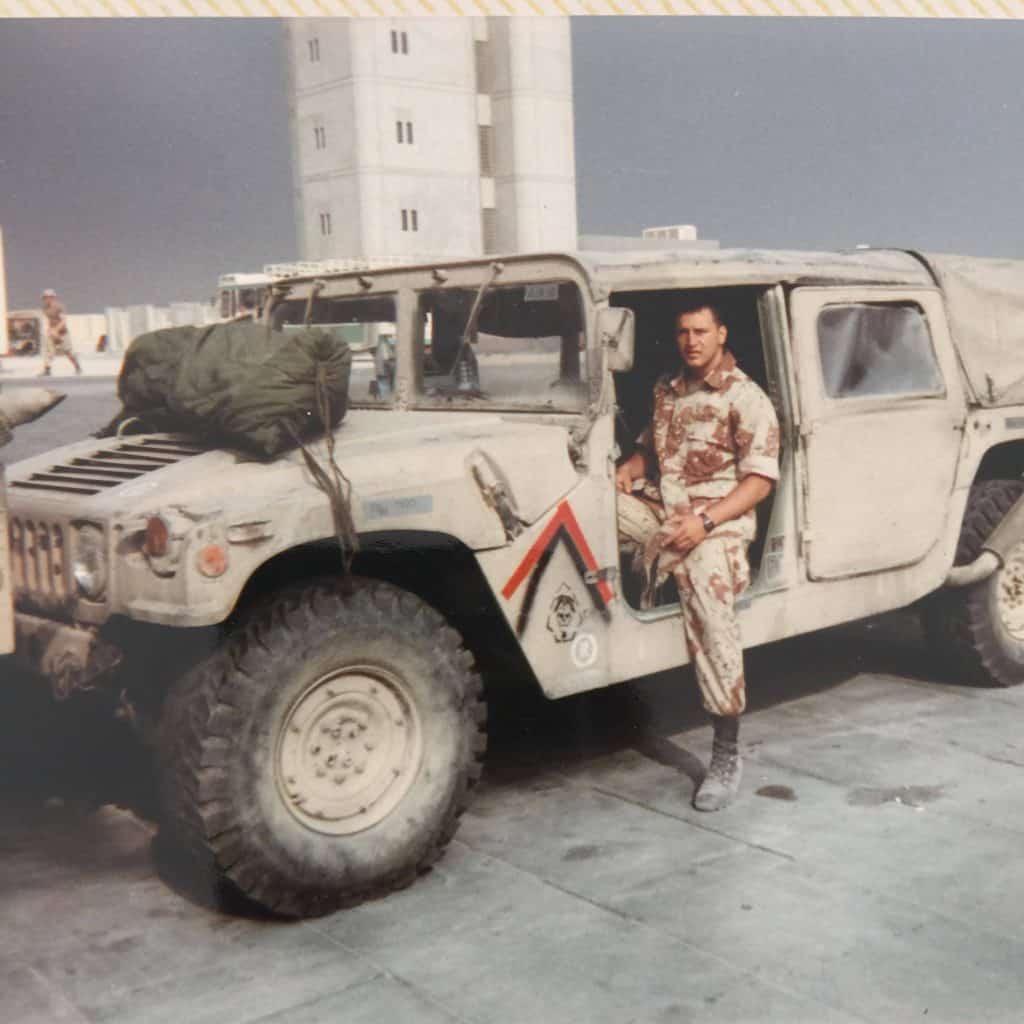 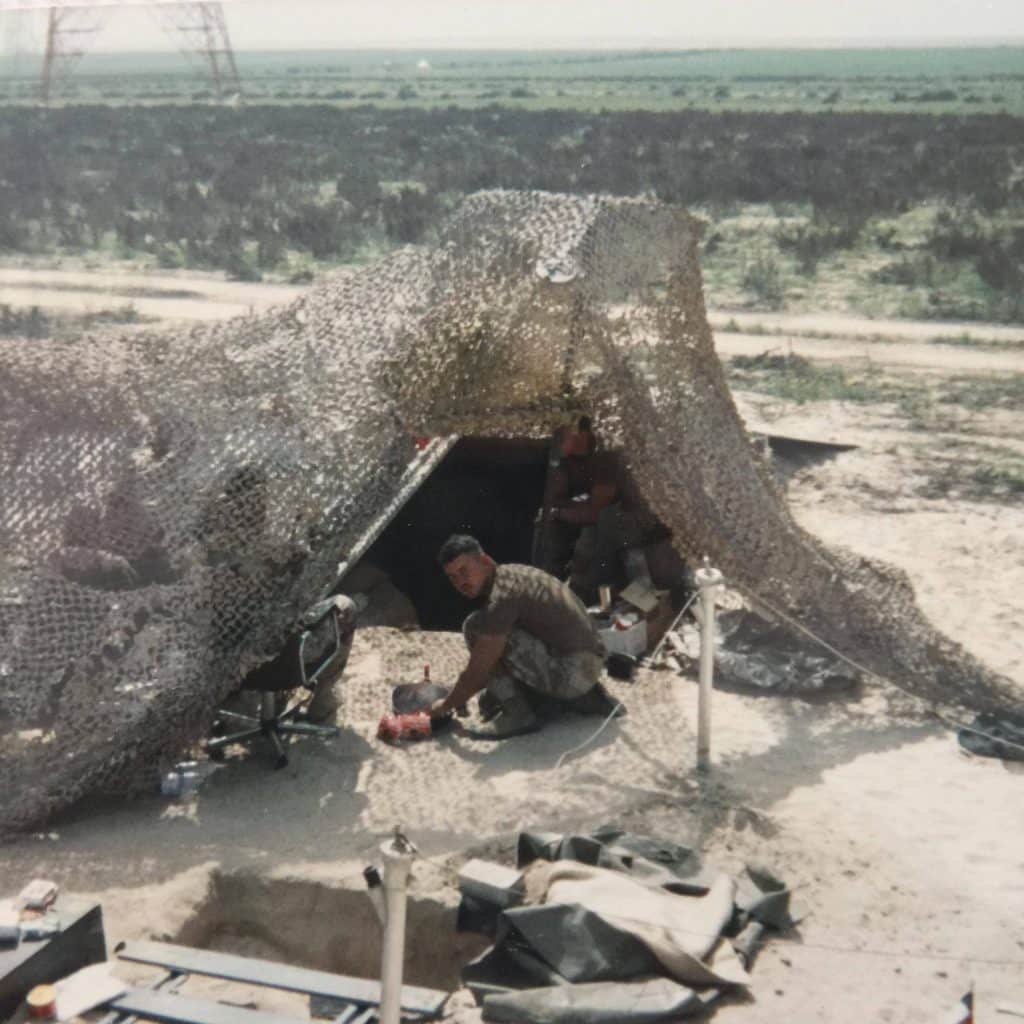