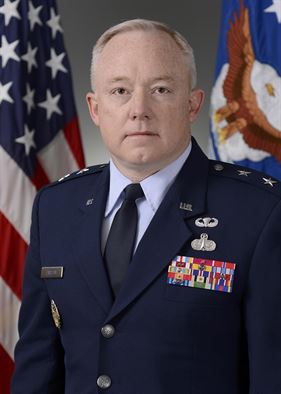 Before coming to the AFNWC, Jansson was the Air Force Program Executive Officer for Weapons and director of the Armament Directorate at the Air Force Life Cycle Management Center at Eglin Air Force Base, Florida.

Jansson replaces Maj. Gen. Sandra Finan, who is going to the Pentagon to be the deputy chief information officer for Command, Control, Communications, and Computers. Gen. Ellen Pawlikowski, Air Force Materiel Command commander, will preside at the ceremony.

The weapons center will remain under AFMC, but will be restructured.

General Jansson received his commission upon graduation from the U.S. Air Force Academy in 1984. He has held a number of acquisition and sustainment engineering, program management, staff, and command positions for Air Force air and space systems. He has served as a group commander and system program manager for the F-16 program, a wing commander for two wings and as a vice commander for the Ogden Air Logistics Center.

Prior to his current assignment, General Jansson served as the Commander, DLA Aviation, a field activity of the Defense Logistics Agency.