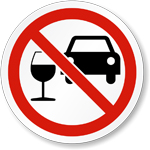 The holidays are a particularly deadly time of year on the roads, with DWI-related crashes and deaths spiking from Thanksgiving to New Year’s. MADD, Udall and Gonzales are reminding New Mexicans to plan ahead this holiday season and designate a non-drinking driver to get them home safely from holiday festivities.

More than 98 million Americans will hit the road this holiday season and nearly 28,000 will be seriously injured in car accidents. Alcohol consumption is a major reason for the increase in accidents. In New Mexico, 166 people were killed last year in crashes involving drunken drivers — crashes that were 100 percent preventable. And already this year, 94 people have lost their lives due to drunken driving in New Mexico.

“The holidays are a joyous time, but Thanksgiving through New Year’s is also one of the deadliest times for drunk driving accidents,” Udall said. “That’s why I’m teaming up with MADD and Sheriff Gonzales to make sure the message is loud and clear: If you drink, don’t drive. Period. We’re urging New Mexicans to have fun safely this holiday season and make sure to take a cab or designate a driver. We can prevent these tragedies. Ending drunk driving starts with all of us.”

“I’m committed to reducing the number of DWI and DWI-related crashes in Bernalillo County through the use of checkpoints and increased DWI patrols,” Gonzales said. “We will not stop this pursuit until we end DWI.”

The family of Deacon Marcellino Morris Jr., who was tragically killed in a head-on crash with a drunken driver, joined MADD, Udall and Gonzales to share their story and call for New Mexicans to drive safe this holiday season.

Udall has teamed with MADD to pass critical measures to combat drunken driving, including funding to develop the Driver Alcohol Detection System for Safety, or DADSS, which would prevent a driver with an illegal BAC limit of .08 percent or above from starting a DADSS-equipped vehicle. DADSS, which is in the prototype phase, could save thousands of lives each year by preventing intoxicated drivers from getting on the roads.

About Mothers Against Drunk Driving

Founded by a mother whose daughter was killed by a drunk driver, Mothers Against Drunk Driving® (MADD) is the nation’s largest nonprofit working to protect families from drunk and drugged driving and underage drinking. With the help of those who want a safer future, MADD’s Campaign to Eliminate Drunk Driving® will end this danger on America’s roads. And as one of the largest victim services organizations in the U.S., MADD also supports drunk and drugged driving victims and survivors at no charge, serving one person every 8.6 minutes through local MADD victim advocates and at 1.877.MADD.HELP. Learn more at www.madd.org.