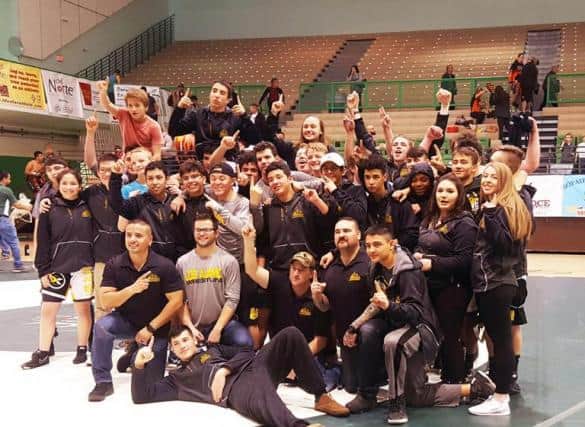 Los Alamos and Taos were the only schools participating that had wrestlers competing in every one of the 14 different weight classes.

Because they fielded a full team, Los Alamos had no trouble defeating Moriarty, Pojoaque and Espanola because their opponents had to forfeit so many matches. Against the Pojoaque Elks, the Hilltoppers won by a 72-12 score. Los Alamos defeated Moriarty by a 63-18 score. Against Espanola, The Hilltoppers defeated the Espanola Valley Sundevils by a 60-24 score.

Los Alamos and Taos faced off in the final match of the competition. Since both teams had wrestlers in all weight classes, the margin of victory was razor-thin. Los Alamos edged Taos 42-40 on the strength of winning seven matches by pins. 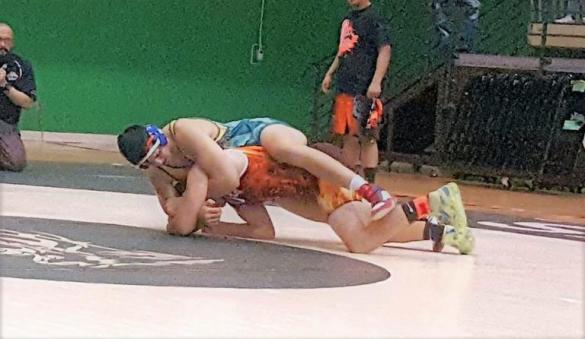 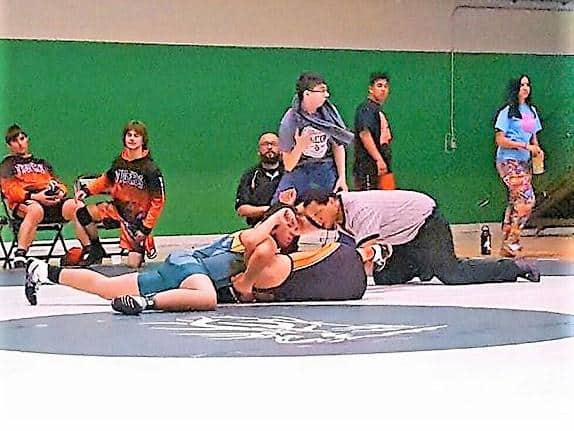 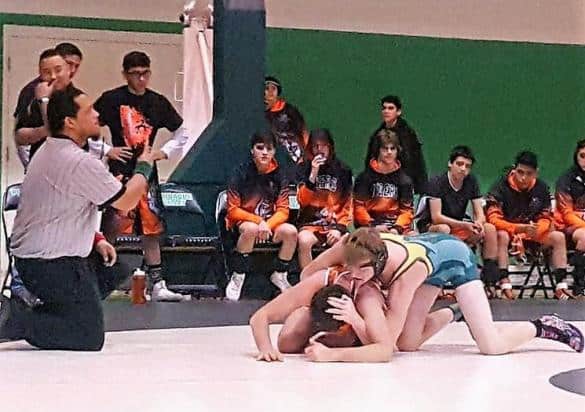