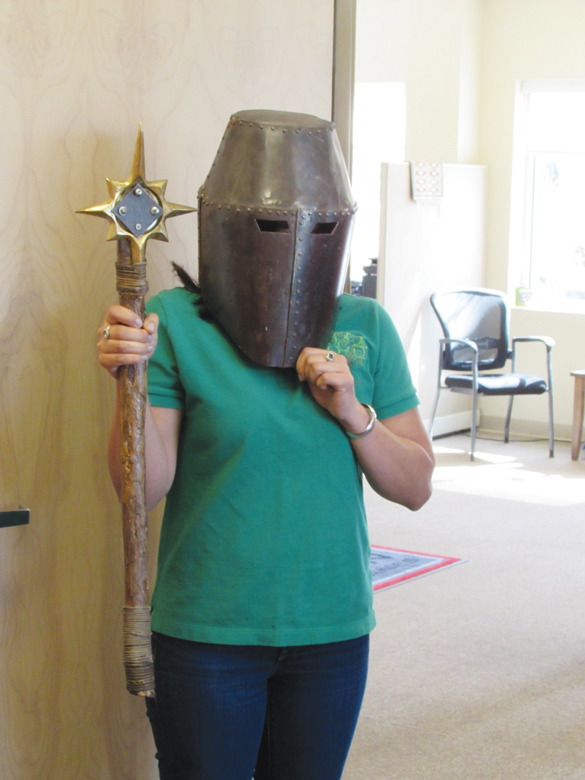 Environmental Services Division Manager Angelica Gurule models some paraphernalia that ended up at the Friedman Recycling Company in Albuquerque. Photo by Kirsten Laskey/ladailypost.com 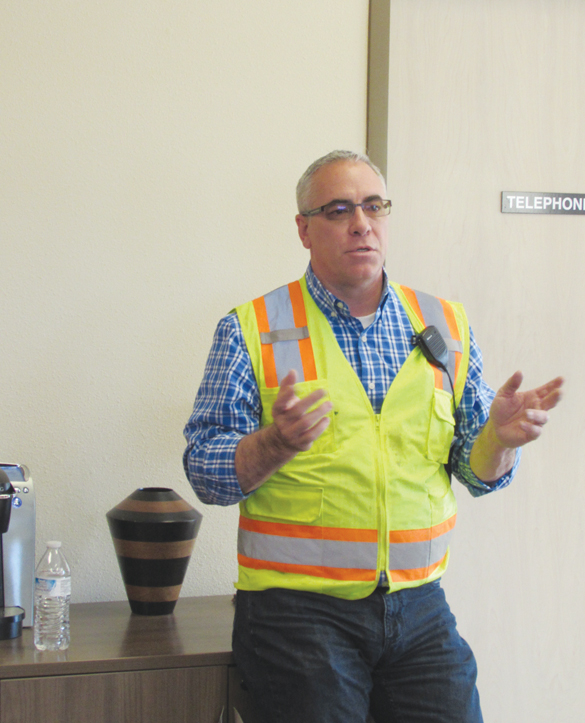 One of the first things you will see at the Friedman Recycling Company in Albuquerque is a giant hill of trash. It is a massive mosaic of every discarded item imaginable. It doesn’t seem possible, looking at this giant pile of junk, but by the end of its journey through the facility, the trash will be sorted, neatly compacted into a bale of identical material and sold to different companies to be recycled into new products.

To give citizens an understanding of what happens after their blue recycle bins are emptied, the Pajarito Environmental Education Center organized a field trip April 7 to Friedman. About 20 people, including Gurule and Public Works Department Director Philo Shelton made the trip.

Gurule said the purpose of the trip was “just to educate the citizens on how to recycle.”

Not everything that is unloaded at the center makes it into a bale. Another large pile exists at the center, which will be transported to the landfill. Plastic bags are not accepted at the center. Some interesting things have shown up, Regional Manager Robert Taylor said, including a 10-foot boa constrictor, dead animals, grenades and ammunition. Still, Mike Smith, a retired Friedman employee who helped lead the tour, said people do a pretty good job sorting their trash out of their recyclables. Only 11 to 14 percent of what comes into the center gets deposited into the landfill.

“People are doing what is accepted in the program,” he said.

The biggest bulk of the business is in recycling paper. Taylor said of the 16,000 tons of material sold, 80 percent is paper.

Smith said the company’s services are free; the company makes revenue from selling the recyclable material.

“It’s imperative that we extract everything … for our revenue,” he said.

In order to do that, the center utilizes a complex and elaborate maze of conveyor belts, a number of large scale pieces of machinery and manual labor to shift, sort and move different materials to different areas. Smith said 30 tons of garbage move through the center an hour and things do move at a fast pace.

Friedman is a family-owned business that is based in Phoenix, Ariz., but Taylor said the Albuquerque facility “is our flagship of the company.” It has operated in Albuquerque for five years. 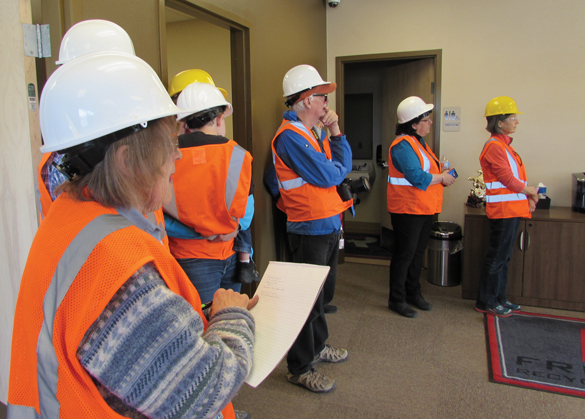 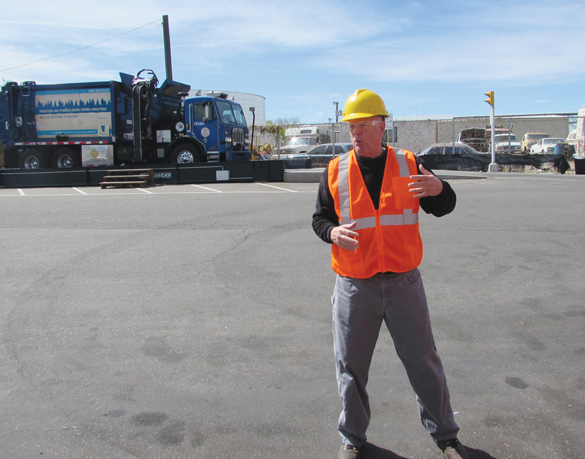 Mike Smith, a retired Friedman Recycling Company employee, helped lead the tour. Behind him, a truck enters to get weighed and deposit a load of recyclables. Photo by Kirsten Laskey/ladailypost.com 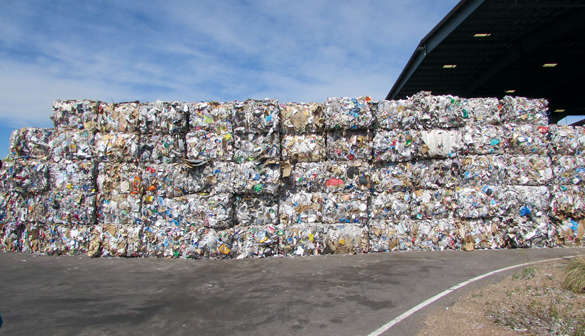 Bales of recyclables are stacked high. Photo by Kirsten Laskey/ladailypost.com 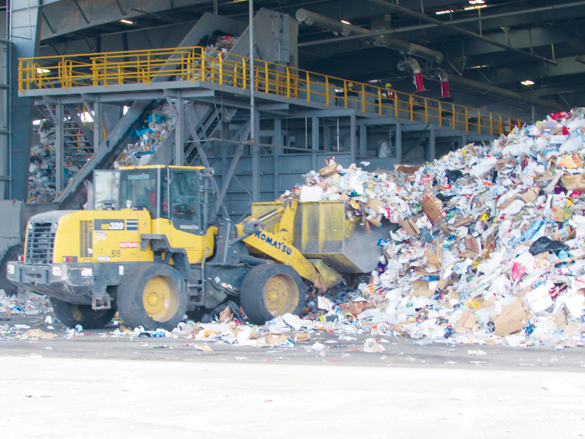 A front loader shovels up a load of garbage to begin the sorting process. Photo by Kirsten Laskey/ladailypost.com 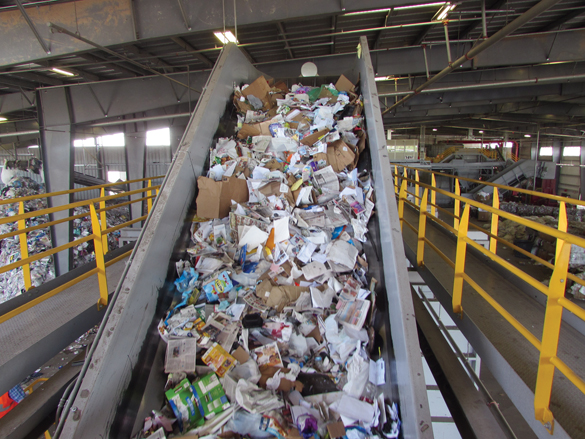 Material makes its way up a conveyor belt. Photo by Kirsten Laskey/ladailypost.com 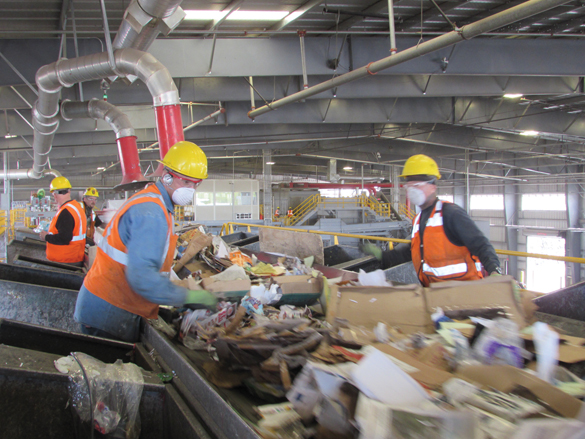 Workers rapidly remove items such as plastic bags that cannot be recycled. Photo by Kirsten Laskey/ladailypost.com 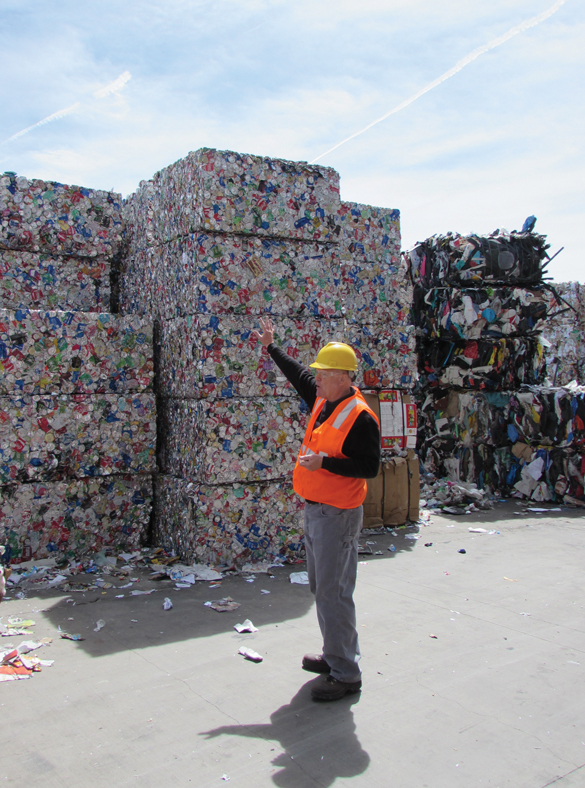 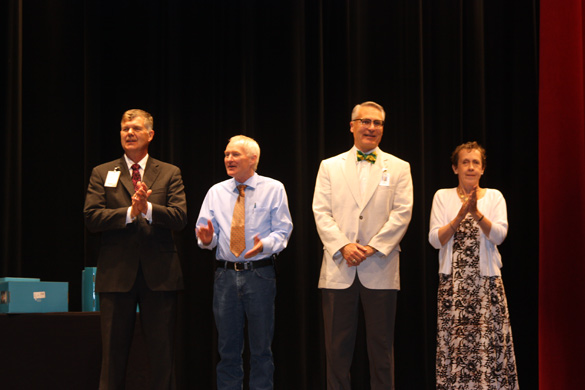