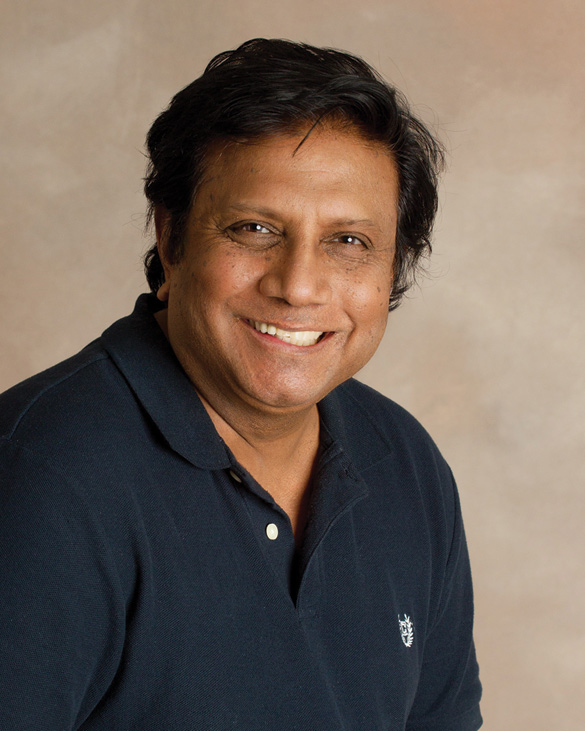 About 10 years ago, according to Goutam Gupta, a molecular biophysicist at Los Alamos National Laboratory, researchers in his lab came up with an idea about an emerging problem related to antibiotic drugs.

The problem, which has been recognized as a global threat by the Centers for Disease Control and Prevention, is that antimicrobial agents have been so effective and so widely used that the infectious organisms they were designed to kill have developed immunities that increase their resistance.

Out of increasingly focused efforts to respond to that problem, Gupta has now launched a biotechnology startup, Innate Immunity, LLC. The project has been facilitated by High Desert Discovery District (HD3), a startup accelerator linked to a national network of supporting advisors and investors.

A decade ago Gupta and his colleagues were beginning to see antibiotic drugs designed to be used against viruses, bacteria and fungi that were failing and seemed doomed to become ineffective. Analyzing the situation, Gupta linked several relevant observations.

First, the researchers were mindful that antibiotics are by nature exogenous to the human body, that is. they come from outside the body, so they have an inherently toxic relationship as a foreign element. And then, because the efficacy is not very high, they must be used at a relatively high dose, which increases the risk of toxicity.

Even though our bodies are made to fight pathogens, Gupta concluded, for some reason our natural defenses are not working well enough to overcome the resistance.

“We thought, if we can circumvent that, we will have a better solution,” he said.
The body’s immune system is generally described as two stages of complementary components, innate immunity, which includes cells that are naturally available and generically protective against foreign antigens; and adaptive immunity, by means of which the body responds specifically to the identified threat with a specialized prescription of cells that can adapt to deliver the most effective response.

The immune response has three steps, Gupta explained, first, to recognize the antigen, then to signal that recognition to the “effector function,” which is the body’s natural defensive reaction. The researchers hypothesized that they could combine two of the steps in one protein, and use what is called a chimera, as a way to parry the antigen’s resistance in order to kill the infectious invader.

“The proof is in the pudding,” Gupta said, as he recalled the next phase of the immunity investigation that led to a valuable test bed in the vineyards of California and a patent for the work in solving a problem peculiar to grape growers in the U.S. and their counterparts around the world.

Antibiotic resistance is not partial to humans or even animals and in fact, has also become a growing peril in the agricultural field. California’s wine and table grape industries have been wrestling with an infectious disease that was first noticed in the 1880s.

Also called Pierce’s disease, it is now known to be caused by a bacterium, Xylella fastidiosa which is transmitted by the glassy-winged sharpshooter, an insect that was thought to be a harmless pest until the late 1990s when it was found to be a principal vector for the disease.

Gupta said representatives of the California wine industry heard about the transgenic research underway at LANL, and came to the laboratory looking for a solution to a worrisome agricultural plague, which they were trying to keep under control with pesticides, inspections, and quarantines. There was no known cure.

So, beginning with a greenhouse demonstration, Gupta’s team demonstrated the concept of stitching together a recognition molecule with an effector molecule that could cure the plant. It took three years to grow the plants and a few years later, they had evidence that their transgenic grapes could resist Pierce’s disease.

Michelle Miller, founder and CEO of HD3, said the company’s development status is advancing. “We’re working on field trials with industry and in discussion with a major grower right now that is considering investment as well as becoming our pilot field partner in the Central Valley of California, where they grow the most of the grapes,” she said.

The focus now is on the grape crop, but there are similar problems in other agricultural sectors. Perhaps most notably, the citrus research community in Florida has been in touch with Gupta’s project, concerning an even more serious problem: Citrus Huanglongbing, also known as Greening disease, which is threatening the orange, grapefruit, lemon and lime crop.

The event will focus on statewide innovation and commercialization opportunities in agriculture and value-added food products and food industries.