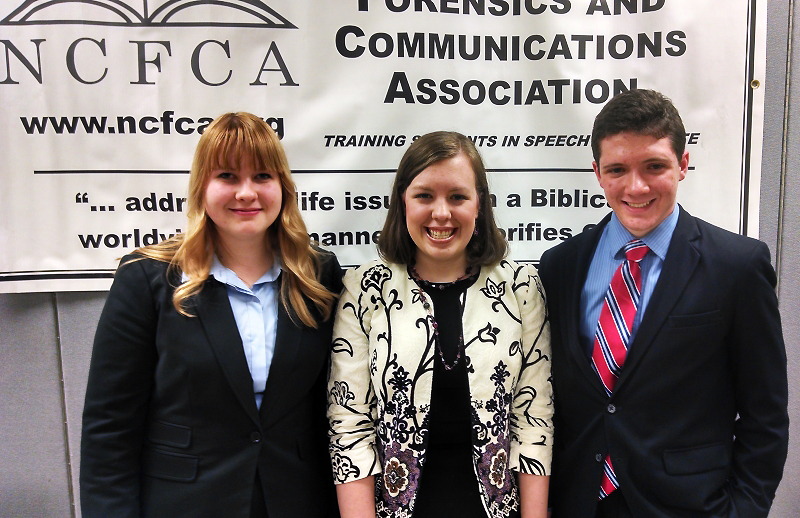 Students traveled from Montana, Utah and Colorado to Los Alamos to vie for a limited number of slots that would advance them to the NCFCA Region III Invitational Tournament in May in Grand Junction, Colo.

Local students placed well and qualified to the Regional Invitational in all events listed:

A strong showing at the Regional Invitational advances competitors to the NCFCA National Tournament in June in Virginia.

The Los Alamos Speech and Debate Guild would like to thank the more than 100  judges who volunteered their time and energy to fill 180 judge slots, helping students to gain valuable feedback as they sought to perfect their speaking skills, and ensuring that the tournament ran smoothly and on-time.

The Los Alamos Speech and Debate Guild Board would like to thank everyone for making the tournament a great success!