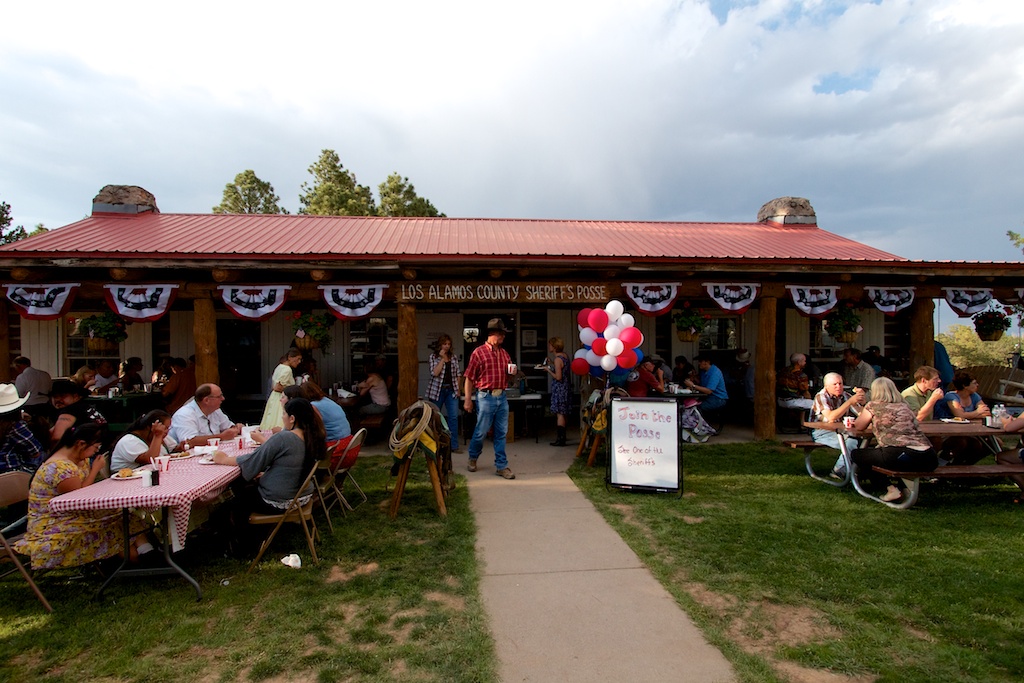 “We couldn’t be happier … we received unanimous approval and the Posse Lodge is now listed on the State Register of Cultural Properties,” Grzadzinski said during Saturday’s sold out rodeo dinner at the Lodge.

Braden told the Los Alamos Daily Post that it didn’t take any time at all for the committee to approve the Posse Lodge for the state registry.

“We are just so thrilled,” Braden said. “This will ensure preservation of the Posse Lodge for the future.”

An official plaque will arrive soon to be placed on the building.

The 60-foot by 36-foot cabin at 650 North Mesa Road has a pier-and-beam foundation and a pitched roof. The building’s originally tar-papered roof with asphalt shingles was replaced with a metal roof in 1993.

The interior consists of two large fireplaces, a dining hall that seats 120 people, a full kitchen with commercial stove and refrigerator, two restrooms and a coat closet.

The Los Alamos Sheriff’s Posse formed in 1948 to assist the Atomic Energy Commission and patrolled on horseback the perimeter of Los Alamos Scientific Laboratory.

In 1958, after Los Alamos became an open city, members of the Posse completed construction of what was then called the Los Alamos Sheriff’s Posse Shack.

The first event held in the log cabin was the Posse’s 1958 Christmas party.

The AEC leased the property for the Lodge to the Sheriff’s Posse until 1968 when it officially deeded the land to the nonprofit organization.