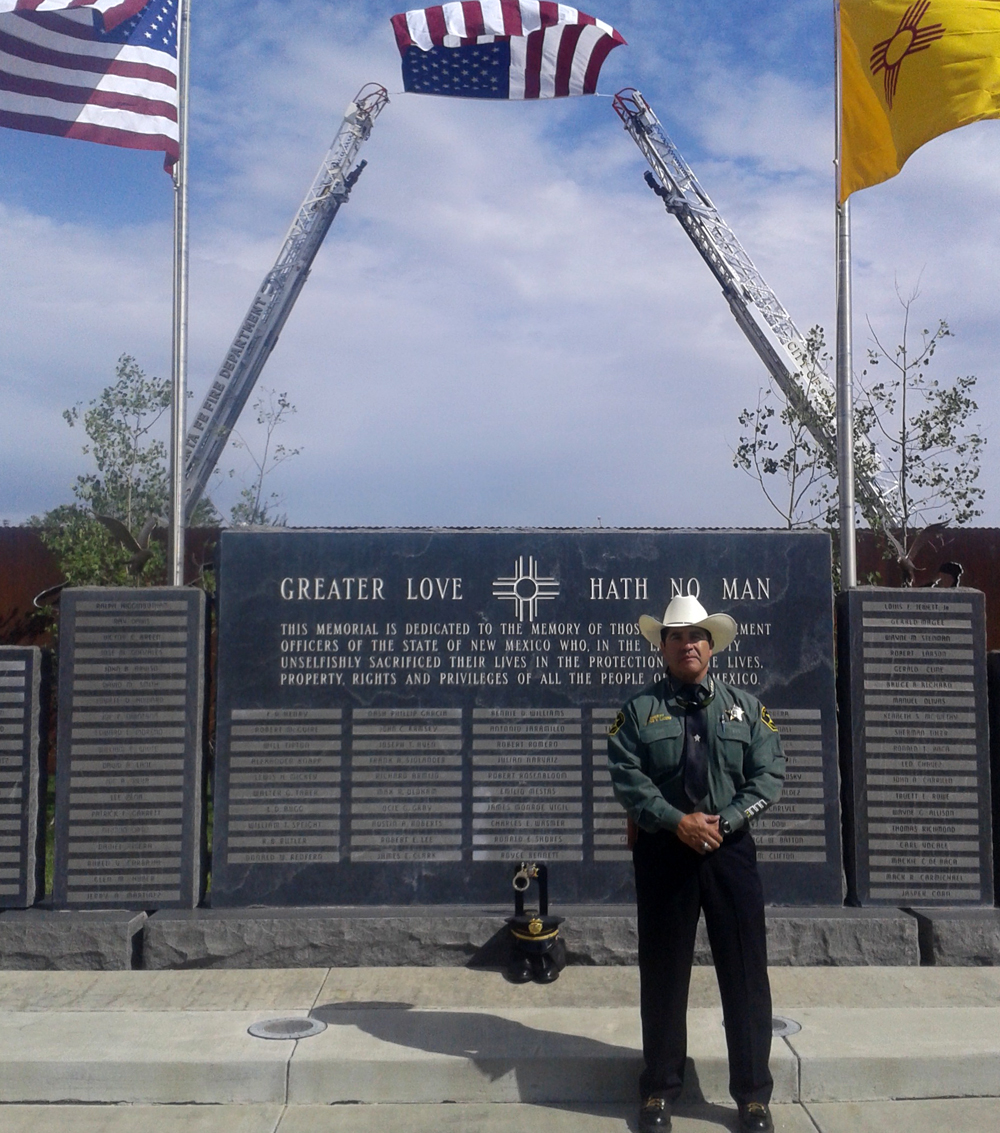 Los Alamos County Sheriff Marco Lucero at Wednesday’s memorial for best friend Isaac Martinez and other officers who lost their lives in the line of duty. Courtesy photo 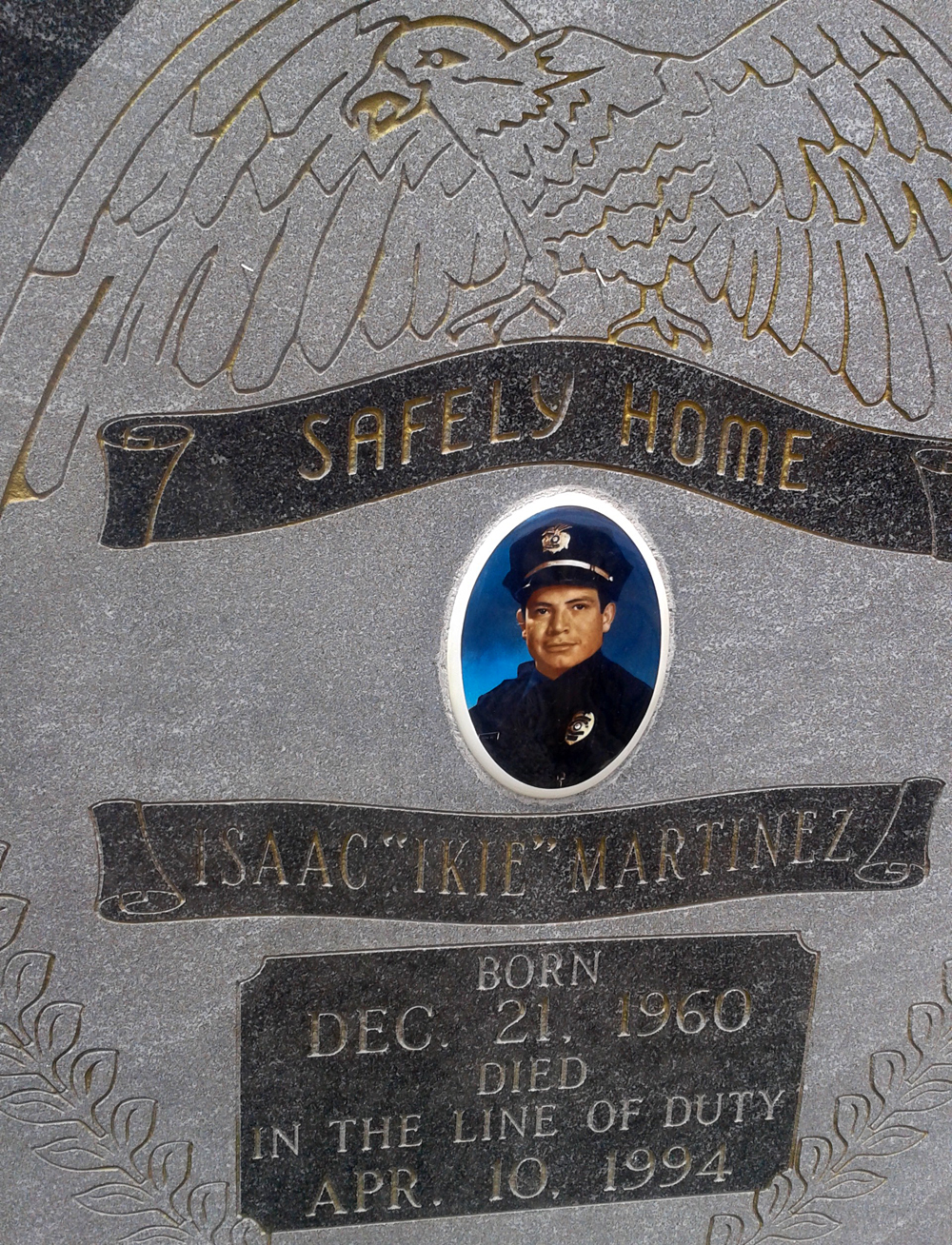 The ceremony honored the memory of the 195 officers who made the ultimate sacrifice of giving their life in the protection of others.

“These officers left behind family and friends … all so that we can sleep better at night. We ask ourselves, what type of person would say goodbye to his loved ones prior to starting his or her shift knowing that he or she may not see them at the end of the work day,” Lucero said.

The 195 officers who died in the line of duty include police, deputy sheriffs, tribal, game and fish and federal agents, he said.

“One thing I can tell you is that they all had a common passion to assist those in need of help,” Lucero said. “They saw and investigated the worst of the worst and did their best to ensure justice.”

During his 26 years in law enforcement, Lucero lost several friends among the 195 fallen officers honored Wednesday with their names engraved on a memorial wall.

“Though it’s difficult to lose all of them, it especially hit home when one of my best friends, Isaac B. Martinez, was shot and killed during a SWAT mission in Pojoaque,” Lucero said.

He explained that the tragedy occurred April 10, 1994 while Martinez attempted to apprehend an out of control shooter armed with an AK-47. In the briefing prior to the mission, the order of entry of the team was assigned and upon approaching the residence, the team had to adapt and Martinez became the “point” or first man in, he said.

“Isaac didn’t hesitate in taking on that role … the shooter was in wait as the officers entered,” Lucero recalled. “I have many great memories of hunting, fishing and working with Isaac and miss him dearly.”

Martinez is survived by his son, Isaac, who was just a child when his father was taken.

“As difficult as it was for us who knew him, nothing can be tougher than the anguish felt by his family,” Lucero said. “Let’s remember those who made this sacrifice; ‘For no greater sacrifice can be made than that given by one for the good of others.’ Rest in Peace Isaac and we look forward to the day we meet again.” 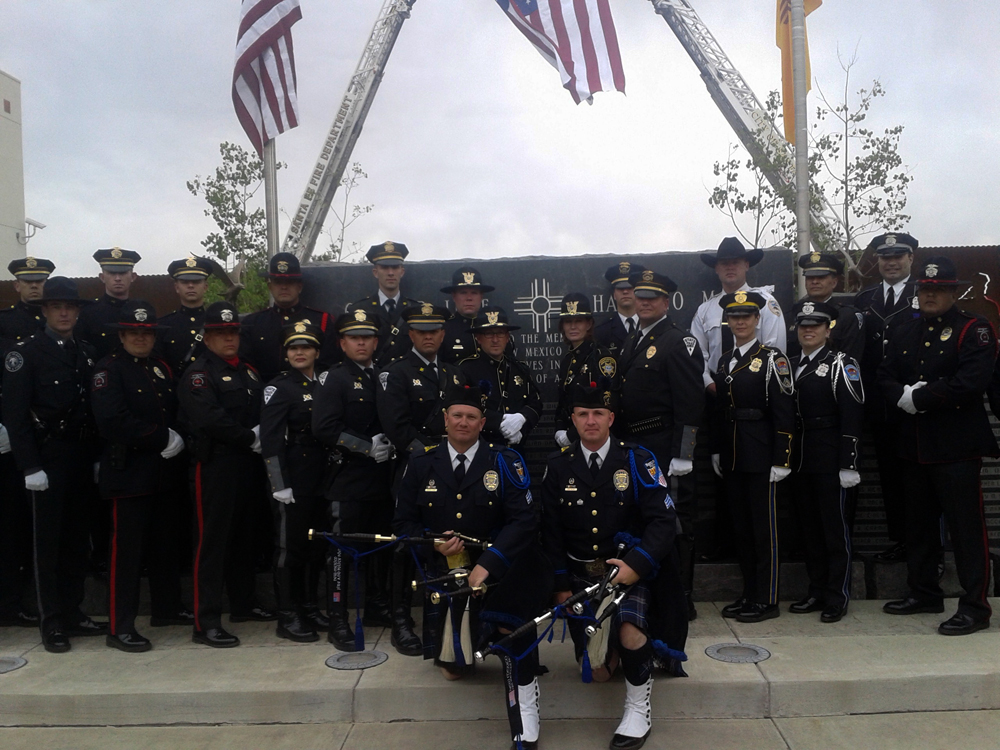