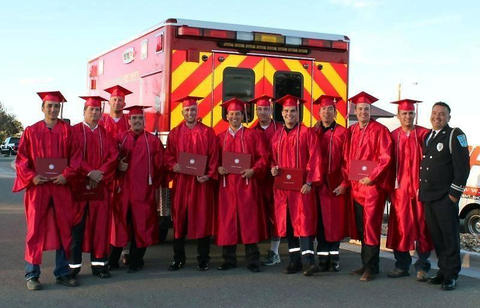 Two senior scientists at Los Alamos National Laboratory are being honored by the American Physical Society (APS) for their fundamental contributions in nuclear physics and biophysics.

Joe Carlson of the Laboratory’s Nuclear and Particle Physics, Astrophysics and Cosmology group is the winner of the APS’ 2017 Herman Feshbach Prize in theoretical nuclear physics.

Joe Carlson, of the Lab’s Nuclear and Particle Physics, Astrophysics and Cosmology group.

Alan Perelson, of Theoretical Biology and Biophysics, is the recipient of the APS’ 2017 Max Delbruck Prize in Biological Physics.

“The Feshbach Prize is the APS’ highest honor in nuclear theory,” said Alan Bishop, the Principal Associate Director of the Science, Technology and Engineering directorate at Los Alamos. “Joe’s work has broad implications in nuclear structure physics, cold-atom physics and neutron star astrophysics. His contributions are both unique and truly impressive, and emblematic of a continuing legacy of world-class nuclear theory at the Laboratory.”

Perelson was selected for the Delbruck Prize for his profound contributions to theoretical immunology, which brings insight into disease processes and saves lives.

“Alan is an internationally recognized pioneer in the fields of viral dynamics and immune responses. His research in theoretical immunology provides deep insight into how the immune system works and investigates methods to treat infectious diseases such as HIV and hepatitis C,” Bishop said. “His achievements demonstrate the impressive breadth of scientific expertise that the Laboratory brings to national and global security.”

Carlson works on computational nuclear many-body theory, studies of dense matter and neutron stars, cold-atom physics and neutrinos in accelerator experiments and astrophysical environments. He is group leader of the Nuclear, Particle, Astrophysics and Cosmology group in the Theoretical Division of Los Alamos National Laboratory.

He received his bachelor’s degree in physics from the Georgia Institute of Technology and his doctoral degree from the University of Illinois at Urbana-Champaign. Carlson worked at the Courant Institute at New York University and then moved to the Lab as an Oppenheimer Fellow. He received the Lab’s Fellows prize for research in 2001. He is a fellow of Los Alamos National Laboratory and APS.

Perelson earned his bachelor’s degrees in life sciences and in electrical engineering from the Massachusetts Institute of Technology and his doctoral degree in biophysics from the University of California-Berkeley. He is a fellow of the American Association for the Advancement of Science, APS, and the Society for Industrial and Applied Mathematics and a member of the American Academy of Arts and Sciences. He received the National Institute of Health’s MERIT Award. Perelson has published more than 500 articles that have been cited over 45,000 times. Two years ago Perelson was named to the Thomson Reuters list of “The World’s Most Influential Scientific Minds.”

About the Feshbach Prize

The Feschbach prize was established to recognize and encourage outstanding research in theoretical nuclear physics. It is supported by contributions from the Division of Nuclear Physics and friends and family of Herman Feshbach to honor him for his numerous contributions to Theoretical Physics. Carlson will be presented with the award at the APS April Meeting Jan. 28-31, 2017.

About the Delbruck Prize

The Delbruck Prize recognizes and encourages outstanding achievements in biological physics research. The prize was established in 1981 by friends of the Division of Biological Physics and renamed the Max Delbruck Prize in 2006 in conjunction with a campaign that endowed the prize. Perelson will present his research at the APS March Meeting March 13-17, 2017.

The APS is a non-profit membership organization working to advance and diffuse the knowledge of physics through its outstanding research journals, scientific meetings and education, outreach, advocacy and international activities. It represents more than 51,000 members, including physicists in academia, national laboratories and industry in the United States and throughout the world.