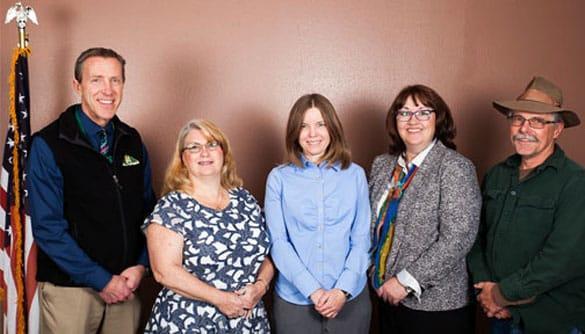 After failing to win legislative approval several times, the New Mexico Public Education Department is moving ahead with a proposal that would direct New Mexico public schools to hold back third-grade students who can’t read at grade level.

Some lawmakers have questioned the Martinez administration’s authority to carry out the rule change. The conflict surfaced April 23 in a meeting of the Legislative Education Study Committee, a nine-member panel that meets between legislative sessions.

The rule proposed by the Martinez administration focuses on reading proficiency, based on a state assessment. The proposal also calls for a number of steps, including the creation of an individual plan to help each student who isn’t proficient on a midyear assessment. It would require schools to retain students who fail the assessment at year’s end. If approved, the proposal would go into effect July 1.

At its May 8 meeting, the Los Alamos School Board unanimously passed a resolution to be forwarded to PED providing feedback on the changes, saying they break with the long-standing practice of local decision-making on retention, which is encoded in state law, and stating that it is not feasible for the Los Alamos Public Schools to meet the requirements of the proposal without further resources.

“We hope PED considers our feedback on the proposed rule and ultimately allows decisions about retention and acceleration to remain within the school district,” School Board President Jennifer McCumber said. “If the rule were adopted as written, it would mean more reporting and paperwork for our hardworking, busy teachers, and no added funding to accomplish that.”

“Reading on grade level by third grade is important, but believing that ALL children will read at grade level is like saying all children do well in traditional public schools,” Armbruster said. “A child who is held back because of reading issues will not only repeat that year for reading, but will have the same social studies, science, art and PE as he or she had the prior year. State funded interventions and tutoring would be ideal, however no funding has been made part of this proposal.”

There are many special cases, such as the situation of the children of Los Alamos scientists who are coming from another country. They speak English, but may not have the academic language necessary to pass the assessment, Armbruster said.

“This rule change is damaging in so many areas,” School Board Member Ellen Ben-Naim said. “The research indicates that retention harms students socially, academically and emotionally. It can even harm their long term economic prospects. Retention also doesn’t solve students’ academic problems.”

Calling the proposed changes “a gigantic unfunded mandate,” Ben-Naim said the new rules come with a lot of reporting requirements.

“We want our teachers to spend time working with students, not filling out reports,” Ben-Naim said.