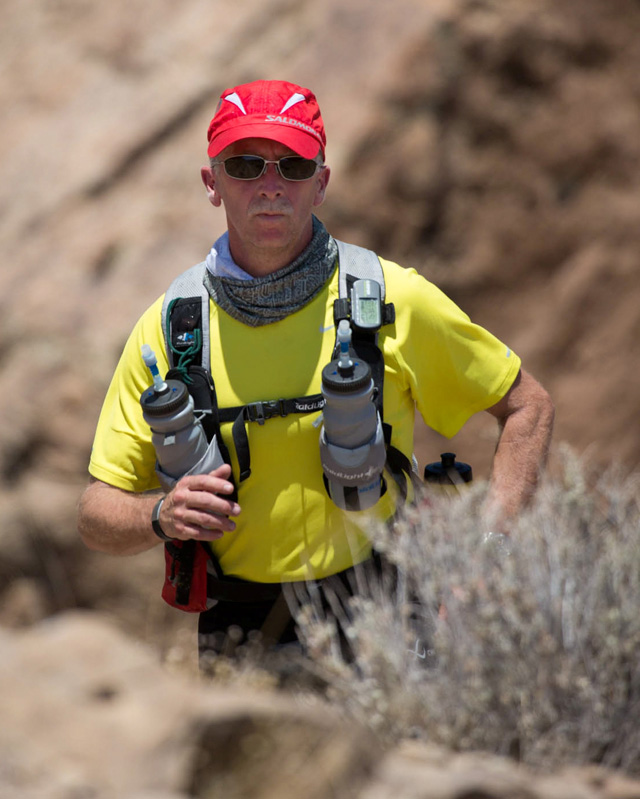 Marathon Des Sables is not for the faint of heart. The ultra-race typically spans 156 miles across the Sahara Desert and features sweltering temperatures well above 100 degrees.

It gets better. racers not only run through this scorching environment, they also must do so with all their supplies strapped to their backs.

Los Alamos resident Garth Reader was intrigued. He was so intrigued that he will be competing in this year’s event on April 7. Reader, a longtime runner, learned about the Marathon Des Sables ( MDS) 12 years ago at another race. One of his fellow competitors was wearing an MDS T-shirt.

Competing in the MDS became an item on Reader’s “bucket list,” or something to do during his lifetime.

Reader was further fueled to compete while running in the Desert RATS race in Utah. A fellow runner had competed in the MDS and when Reader was assured he could successfully participate in it, he put his name on the waiting list. Two weeks later, Reader was informed he was in.

“That was a little bit of a shock,” he said. 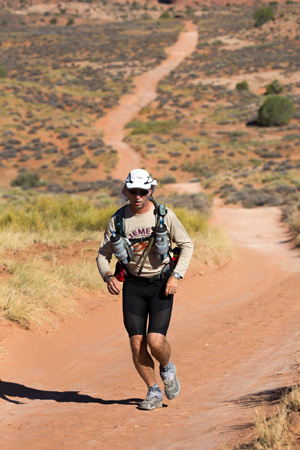 Garth Reader on the run during the Dessert Rats ultra-marathon. Courtesy photo

The race is set in Moroccan Sahara Desert, although the exact route will be unknown until the day before the event. The race will last a week. More than 1,000 participants from all over the globe will be taking part in the race. Only 65 runners will be from the U.S. and Canada.

Far from any ordinary race, runners are provided water and tents but are required to carry everything else they need. According to the MDS website, there is only one rest day.

How does one prepare for such an endurance challenge? Reader said he has been getting in the miles. In fact, “I’ve been trying to do more than I’ve ever done before in my training regime.”

He said he has had run back-to-back miles and done training with a pack. He said it is one thing to run a marathon but quite another to run with a pack.
“It’s a whole other ball-game,” he said.

It’s not just the physical challenges that Reader has had to prepare for but also the mental challenges.

“You have work through the tough times,” Reader said.

Reader added he feels up to the challenges. His big concern is staying healthy and avoiding injuries before the race begins.

Reader is not a newcomer to the ultra-marathon scene. He competed in the Desert RATS (Race Across the Sands) race last June. The race starts in Fruita, Colo., and finishes in Moab, Utah. The race holds many similarities to MDS. Reader said it is a similar format and covers similar amount of distance.

Reader has always been athletic. “I’ve always been involved in sports in one form or another since I was eight years old,” he said. In the past he swam and did triathlons as well as bicycle races.

When he moved to Los Alamos in 1994, he began to run more. “This is a great place to run,” Reader said. “The camaraderie in the community is great. The solitude … is great. The physical benefits are great.”

When participating in an ultra-marathon, which covers a large distance usually more than 50 kilometers, Reader said, ‘My approach to ultra running is a phased approach. I usually don’t have one set goal. In many of these events, the first goal is getting to the start then after that, just going down the list of goals.”

Sometimes he said that includes just getting to the finish line or finishing in the top 25 or just achieving a personal best time.

Objectives vary depending on the event. Competiveness is not necessary high the list, Readers said. “However, I always wish to do well according to my own standards.”