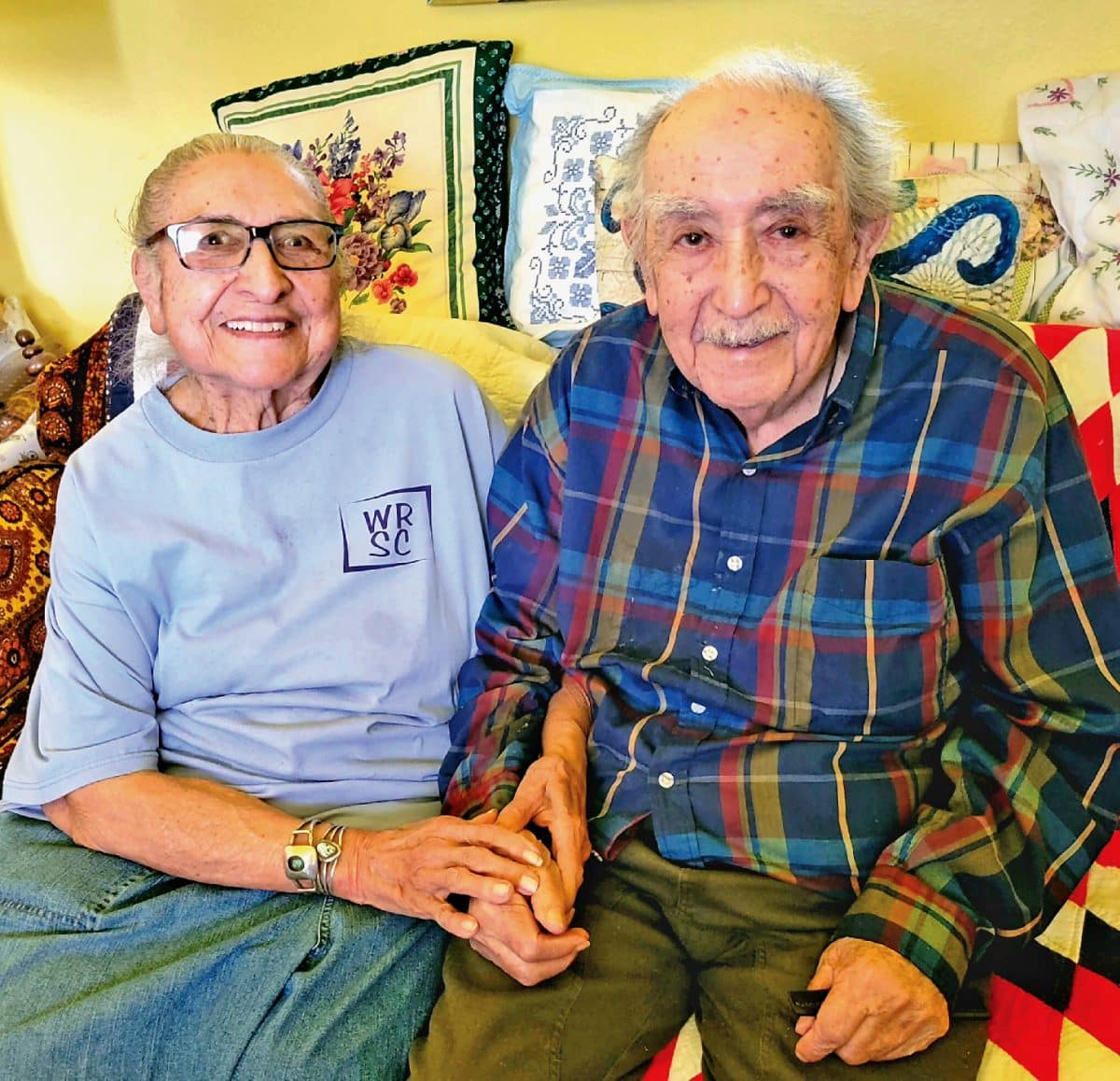 Jessie and Dan Valdez speak about the life they’ve shared for more than seven decades during an interview Wednesday afternoon at their White Rock home. Photo by Carol A. Clark/ladailypost.com

Longtime Los Alamos resident Dan Valdez turned 98 years old on May 2nd. He shared details of his life during an interview Wednesday with the Los Alamos Daily Post.

Valdez was born in Antonito, Colo., and moved to Los Alamos in 1946. His aunt told him his uncle just went to work at the Laboratory here and they were hiring more employees.

Valdez applied, got the job and spent the next four decades of his life doing work he loved with people he enjoyed.

“The highlight of my career was being a prototype machinist for 40 years,” Valdez said. “The products we produced were one of a kind and I had the opportunity to work as a team with people from other states and countries.”

Valdez also dedicated his free time to volunteer in the community. He served as manager of the Los Alamos Little League for 30 years in various teams for his three sons. Valdez also acted in the Light Opera, Little Theatre and Don Juan Playhouse, performing in several roles and working backstage.

Valdez and his wife Jessie, 93, will celebrate their 73rd wedding anniversary on June 24th.

“We first met at Immaculate Heart of Mary Church (IHM) in Los Alamos in 1949 and married in June of that year,” Jessie said. “Our first date was to go to Monday night rosary, and we’ve stayed close to the church ever since.”

Valdez is thought to be the longest serving member of the Knights of Columbus Sacred Heart Council #3137 in Los Alamos. He joined the organization in the second class of Knights in 1949 and served in several offices. Valdez is believed to be the only living knight remaining from the first class as well as his second class, which he recalled had just three other men initiated with him.

“When I joined the Knights, I submitted ‘Sacred Heart’ as a name for them and they chose that name. I’ve remained a member all this time because it was a part of the Catholic Church and I enjoyed visiting members at home and in the hospital,” he said. “I would go on trips with the Knights and take Communion to people in the hospital and nursing homes.”

Valdez served as a manager for the Knights baseball team and in the 1950s the team won the championship, he said. Valdez also performed in the Minstrel Show for the Knights and sang in the church choir.

Valdez explained his secret to a long life.

“I come from a family that have lived a long time,” he said. “I have always stayed active, eaten well and had a social life with many friends. Also very important is my faith and staying active in the Catholic Church.”

Valdez said what he likes best about living in Los Alamos are the people and because it is a small community everyone knows each other.

‘I have always enjoyed meeting people from other states and countries,” he said. “Also, I like the wonderful schools and opportunities for our children to be involved in sports.”