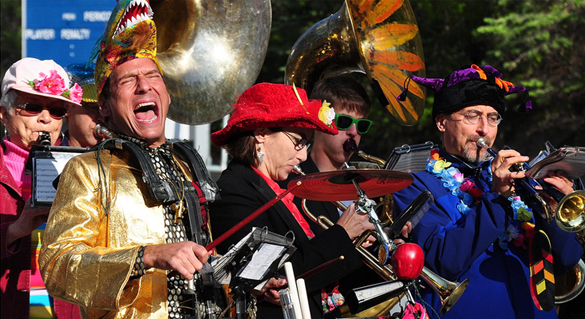 Through proprietary research studies, engaging articles and original photography and video, we examine topics related to community amenities, education, sustainability, transportation, housing and the economy. We then leverage that expertise to develop city rankings for a range of topics including small towns, college towns and our annual Top 100 Best Places to Live. 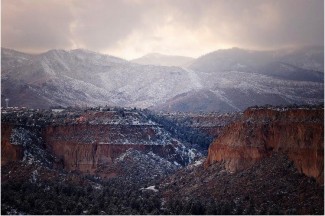 It’s easy to see why Los Alamos is one of the fastest growing cities in the state. A deeper look shows why it’s the second best small town in the country. Situated upon the Pajarito Plateau, between the Valles Caldera National Preserve and the Santa Fe National Forest, the city’s rugged location belies its warm and vibrant appeal.

Residents enjoy many things to do in Los Alamos, from cultural attractions to outdoor adventures. Home to the Los Alamos National Laboratory, the city is filled with scientists, engineers and creative types who enjoy ample sunshine, cultural activities, and unique western architecture.

Big stories can happen in small places. Our annual Top 10 Small Towns list has been a popular index, but we always wished we could highlight more than 10 communities each year. After all, the reason we produce this list is to shine a light on cities and towns that are often in the shadows of the big metropolises. So, we’re pleased to present our inaugural super-sized Top 100 Best Places to Live, Small Towns edition.

To create this list, we used a modified version of the robust methodology we developed with the Martin Prosperity Institute for our annual Livability 100. We examined more than 40 data points each for more than 12,000 towns with populations between 1,000 and 20,000. These scores were weighted based on an exclusive survey conducted for Livability by the leading global market research firm, Ipsos Public Affairs. These cities and towns allow for the tight-knit communities key to small-town living coupled with the amenities you’d expect in larger cities.

You don’t make our list of Top 100 Best Small Towns without a little bit of everything, and Los Alamos is no exception. In fact, Los Alamos has been ranked as a best small town twice before (Best Small Towns 2014 and Best Small Towns 2013). It has high scores across the board, especially in the social and civic engagement and amenities categories. In the realm of education, the area is off the charts with a near-perfect score.

One reason for this high score is that exceptional education starts at the earliest ages in Los Alamos, and isn’t limited to private school offerings. Jim Hall is the president of the Los Alamos school board, which oversees their highly successful public school system. He says that their excellence comes from a variety of sources, but two qualities stand out: parental involvement and a general culture.

“I think one thing that has driven our success is the emphasis most parents here have on outstanding education,” he says. “There’s an overall culture of excellence in the area,” he continues, “And I think that culture affects almost everything that’s done in town, including education. The community benefits from people who want opportunities for their children, and education opens those opportunities to them. We have strong music programs, we have an excellent orchestra – we even have ice hockey programs in schools. One of the things that come out of that variety is that children are offered multiple ways to succeed.”

The education offerings extend to the secondary level, too, with the University of New Mexico-Los Alamos (UNM-LA) giving associate degree and technical education opportunities to area students looking for certifications or to gain a solid start to a four-year degree. The degree programs even include the only two-year degree in computer gaming in New Mexico.

The tech focus of UNM-LA is fitting given the area’s long relationship with science. Since 1943, it’s been the location for the Los Alamos National Laboratory (LANL), one of the largest scientific institutions in the world. The LANL was the primary location for research that took place as part of the Manhattan Project, which resulted in the successful development of the first nuclear weapons.

Many of the large number of scientists who moved to the area when the LANL was founded put down roots and continue to drive the culture of the area today. With its around 9,000 employees now focused on developing new technologies, the LANL is still the largest employer in northern New Mexico. It also hosts one of the area’s most popular visitor attractions, the Bradbury Science Museum, which gives visitors a peek into the history of the lab.

There are more than just education offerings for residents and visitors, as the area reflects New Mexico’s rich, diverse history and culture. There’s a surprisingly large music and arts scene, a strong Native American cultural presence (including several American Indian pueblos within driving distance), and a typically New Mexican variety of food and drink options. All of these factors, combined with its tremendous education system, means Los Alamos more than deserves its place on our list of the nation’s top places to live.