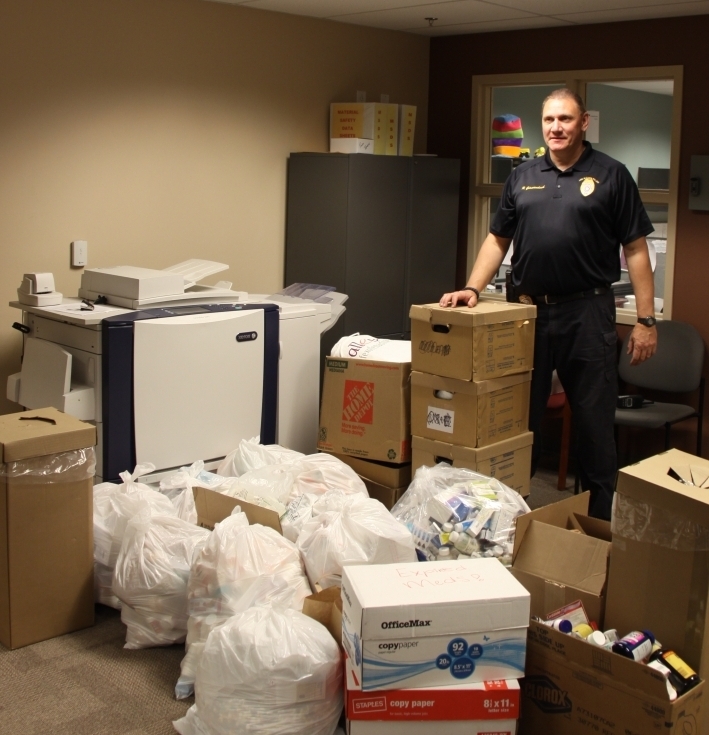 Officers with the Los Alamos Police Department are hosting a Prescription Drug Take-Back Day 10 a.m. to 2 p.m. Saturday, April 26 at the following locations:

Note: Needles will not be accepted.

LAPD is coordinating its events Saturday to coincide with the 8th annual National Prescription Drug Take-Back Day. After collecting more than 1,700 tons of expired, unwanted prescription medications over the past three-and-a-half years, the Drug Enforcement Administration (DEA) and more than 4,200 national, tribal and community law enforcement partners will hold another National Prescription Drug Take-Back Day Saturday.

Americans can take their pills (no liquids or needles) to one of more than 5,600 collection sites across the country between 10 a.m. and 2 p.m. local time. The service is free and anonymous, no questions asked.

The public has embraced the opportunity these Take-Back Day events provide to prevent pill abuse and theft by ridding their homes of potentially dangerous expired, unused, or unwanted prescription drugs. Last October Americans turned in 324 tons of prescription drugs. Since DEA’s first event in September of 2010, the public has surrendered more than 3.4 million pounds of pills.

Unused medications in homes create a public health and safety concern, because they are highly susceptible to accidental ingestion, theft, misuse and abuse. Almost twice as many Americans (6.8 million) currently abuse prescription drugs than the number of those using cocaine, hallucinogens, heroin, and inhalants combined, according to the 2012 National Survey on Drug Use and Health. And more Americans died in 2010 from overdoses of prescription medications (22,134, including 16,651 from narcotic painkillers) than from motor vehicle accidents, says the Centers for Disease Control and Prevention. Surveys of users have found that the majority of abused prescription drugs are obtained from family and friends, including from the home medicine cabinet.

The public can find a nearby collection site by visiting www.dea.gov, clicking on the “Got Drugs?” icon, and following the links to a database to enter their zip code, or call 1.800.882.9539.

DEA is in the process of approving new regulations that implement the Safe and Responsible Drug Disposal Act of 2010, which amends the Controlled Substances Act to allow an “ultimate user” of controlled substance medications (that is, a patient or pet owner or the patient’s caregiver) to dispose of them by delivering them to entities authorized by the Attorney General to accept them. The Act also allows the Attorney General to authorize long term care facilities to dispose of their residents’ controlled substances in certain instances.