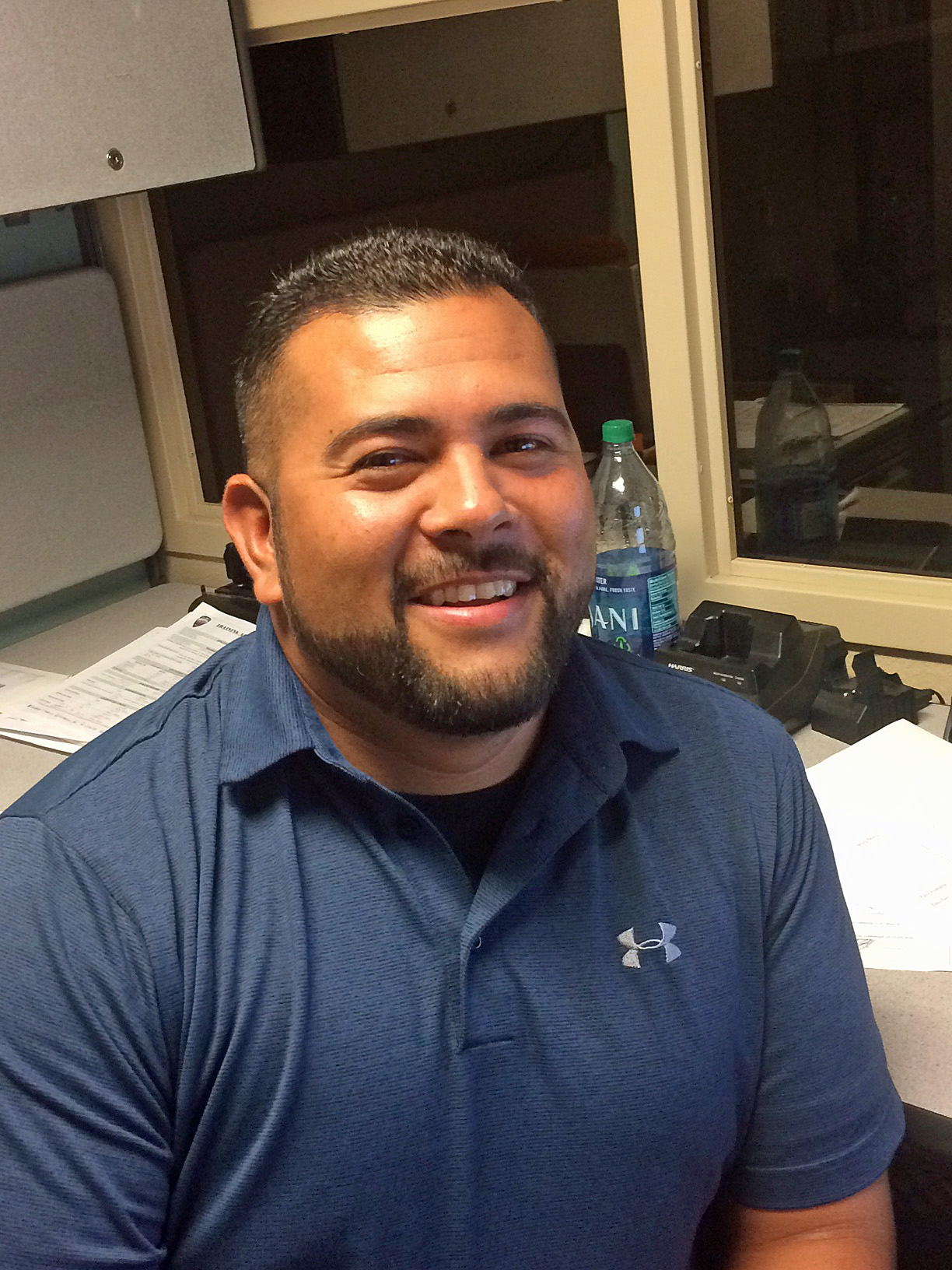 Los Alamos Police Department Det. Sgt. James Rodriguez remembers police officers coming to speak as guests at his high school in Loving and says he found what they had to say about the job intriguing. Even when he studied mechanical engineering at Gonzaga University in Spokane, Wash., law enforcement was always in the back of his mind.

Rodriguez returned to New Mexico after a year and because he was still not old enough to be a police officer, he became a detention officer at the Dona Ana County Detention Center and soon went on to graduate from the Las Cruces Police Department’s Training Academy in 2004.

In 2005, Rodriguez and his wife Darlene moved to Los Alamos where they both had job opportunities, his being with the Los Alamos Police Department. He started out as a corporal on the graveyard shift, which he worked for six years until he was promoted to sergeant and moved to swing shift.

Rodriguez said when he moved to Los Alamos, he found the crime level to be much lower and the pace much slower.

“You could walk around at night and feel safe. It’s still like that. It was so different to being in a town with a population of more than 100,000,” he said.

Rodriguez said people often do not realize that because Los Alamos has a police department and a smaller population, it is possible to provide much more effective investigation of crimes from shoplifting to more violent crimes.

“In Los Alamos you have an opportunity to become a more well-rounded law enforcement officer because you have the chance to work traffic, crashes, misdemeanors, felonies, drugs and violent crimes,” Rodriguez said. “You also get to work closer with the community on crime prevention programs, help teach forensics at the University of New Mexico-Los Alamos and Los Alamos High School, and put on specialized programs such as LAPD’s recent presentation on scams at the Los Alamos and White Rock Senior Centers.”

When now Cmdr. Oliver Morris left the LAPD’s Criminal Investigations Division, Rodriguez tested and interviewed for the position of detective sergeant and joined the Division.

“When you move into a detective’s position, your perspective and approach on cases changes,” Rodriguez said. “When you are on patrol, you are gathering information while bouncing from call to call with limited time. In the Criminal Investigations Division, instead of rushing you can slow down.”

He said he received additional training in forensics, crime scene investigation and photography, bullet trajectory and finger print identification – all the things people expect a detective to know.

Although Rodriguez said, “it doesn’t mean he shoots well,” he is the head firearms instructor for LAPD. He also coordinates the Field Training Program for new officers, pairing them up with veteran officers for 13 weeks when they come on board with the Department. In addition, he is a Taser instructor, Defensive Tactics instructor, Active Shooter instructor and an armorer for Glock and AR-15 firearms.

In 2016, the Division investigated cases related to shoplifting, burglaries, frauds, drug trafficking, and child pornography resulting in more than 50 arrests, which varied from misdemeanors to different felony levels. Last year also saw the Division handle multiple cases involving a man and women who had been on a crime spree of identity theft, fraud, larceny and possession of stolen property. The four detectives interviewed victims and suspects, and recovered evidence and stolen property that resulted in the couple being charged with misdemeanor and felony crimes in five different law enforcement jurisdictions.

Last March, the Division led Operation Spring Cleaning, a drug sting, which involved several other law enforcement agencies and netted six arrests in the community. Rodriguez said he enjoys oversight of these types of operations.

“It takes six months sometimes to build a case,” he said. “The reason is that we want to make sure it is solid and complete so that we get convictions rather than dismissals.”

Rodriguez said he enjoys working with other agencies and getting their assistance.

Rodriguez is proud of his colleagues in the Criminal Investigations Division.

“Past operations speak of the camaraderie within the Division, while the outcomes are the consequences of the dedication and hard work these guys put in. The results of Operation Spring Cleaning brought together all of that,” he said.