Oct. 1 at 5:07 p.m. / Officials from another agency arrested Richard Atencio, 51, of Espanola at 2500 Trinity Dr., on an outstanding Magistrate Court warrant. Booking photo is not available.

Oct. 2 at 7:24 a.m. / A 36-year-old Los Alamos man reported that someone broke into his home on Canyon Road. The estimated loss is unknown.

Oct. 2 at 10:48 a.m. / Police arrested Dennis Montoya, 50, of Alcalde near East and West Jemez roads and charged him with driving with an open container of alcohol and without his seatbelt fastened.

Oct. 2 at 10:55 a.m. / Police arrested Stacy Sanchez, 51, of Los Alamos near East and West Jemez roads on an outstanding warrant from another jurisdiction.

Oct. 2 at 10:58 a.m. / Police arrested Ronald Snow, 41, of Los Alamos near East and West Jemez roads on an outstanding warrant from another jurisdiction.

Oct. 2 at 12:26 p.m. / A 19-year-old Los Alamos man reported that he is the victim of identity theft on Trinity Drive. The estimated loss is unknown.

Oct. 3 at 3:01 p.m. / Police arrested William Skelton, 30, of Los Alamos at 2500 Trinity Dr., and charged him with larceny and criminal damage to property on Bathtub Row. The estimated loss is less than $250.

Oct. 4 at 6:32 p.m. / Police arrested Jared Melson of Peoria at Arroyo Lane and East Road and charged him with possession of marijuana and drug paraphernalia and issued him a summons to appear in court. Police booking photo is not available. 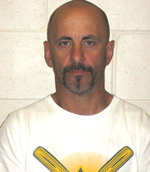