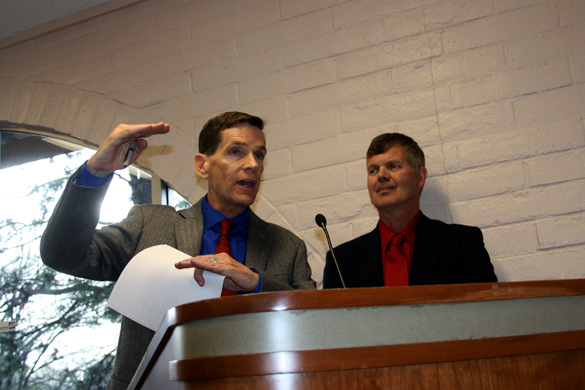 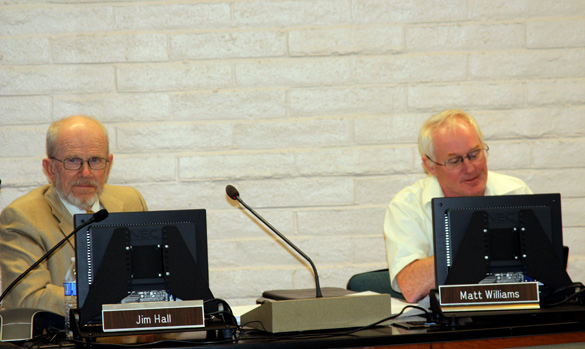 Los Alamos was passed over in the first round of selections of projects for funding by the Public School Capital Outlay Council (PSCOC), LAPS Chief Operations Officer Joan Ahlers announced at Tuesday’s School Board Meeting.

Los Alamos had hoped to receive matching funds to build a new school.

“Our pre-application was not considered because they decided to consider only applicants that are eligible to receive 50 percent funding,” Ahlers said, adding that Los Alamos is only eligible for 42 percent.

Six of the 10 schools selected are in the Gallup District. Further opportunities for LAPS to apply for funding will take place this year, Ahlers said.

“We recommend that the Board go ahead and decide which school we want to build,” she said.

The District has $800,000 available from previous bond election funds to pay for a design for the new school.

“If we present a plan that is ready to go when we have the opportunity we are more likely to bump someone who is not ready,” Superintendent Gene Schmidt explained.

This has happened several times in the past, he said. Projects have received funds after they have begun.

The District is planning a bond election for 2017 and needs an additional $20 million to build a new school. If matching funds are not forthcoming, the Board will need to decide if the District wants to build a school without it.

“It’s critical that we build a new school or our repair costs will continue to go through the roof,” School Board President Jim Hall said.

A decision on which school to build of the three eligible for matching funds needs to be made by mid-September, Ahlers said. The schools are Chamisa, Pinon and Barranca. The Board plans to hold a series of community meetings to get input on whether to combine Chamisa and Pinon in a new school or whether to rebuild one of the schools.

The District Budget Committee is reaching the end of its deliberations. It will present the budget to the Board April 23 at a Special Meeting.

“I would like the public to recognize that our budget is due to the state on May 1, a month earlier than in the past and the State has had continued delays in providing funding information,” Hall said.

In other business, a proposal to create a Natural Resource Committee made up of Board members, staff members and citizens was considered, but not voted upon at this time.

A first reading of a proposal to provide an alternative competency demonstration plan for students who have not shown competency on the PARCC tests was held. Special education students, those graduating early and some others need this plan to graduate on time, Schmidt said. The entire Board expressed support for the proposal. A second reading will take place at the next meeting.