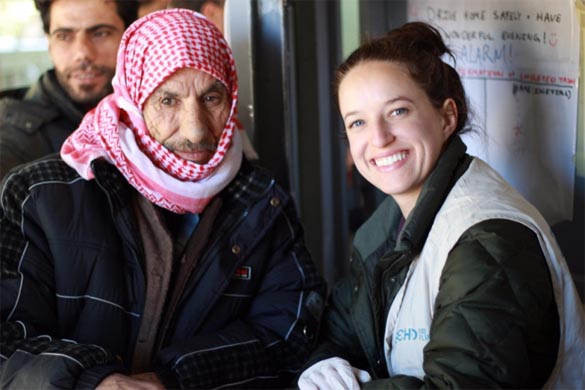 Ariana Rowberry, a Los Alamos native, was working in the Middle East Directorate in Washington, D.C., when she decided to take some time off before going to law school this fall. Motivated to gain firsthand exposure to some of the policy issues that her directorate worked on, she decided to volunteer at refugee camps in Greece.

Rowberry spent February through April volunteering at two camps: Ritsona, a camp north of Athens primarily comprised of Kurdish Syrians fleeing their country’s civil war, and Leros, an island near the Turkish coast, which functions as a first reception center for refugees from across the Middle East and North Africa.

Rowberry volunteered through an organization called ECHO 100Plus, founded by four women with strong ties to Greece in 2012 in response to the growing European migrant crisis. The organization is headquartered in Vienna, Austria, but provides humanitarian aid to refugees in Greece, Rowberry said.

“It’s comprised of volunteers from all over the world, but the vast majority are from Western Europe,” she said.

Her work varied at each of the camps. Rowberry said while working in Ritsona, her duties were distribution-based. She served lunch and dinner to 700 residents daily, and organized large distributions of clothes, shoes and hygiene products. During her time in Leros, Rowberry helped with various activities such as English and fitness classes.

ECHO 100Plus provided her with lodging and transportation in Greece. She traveled by herself but said she always felt safe at the camps.

Looking back at her experience, Rowberry said, “It was heartbreaking but I also thought it was important to be there.”

Rowberry described the current refugee situation in Europe as the worst humanitarian crisis since World War II. While many Europeans are exposed to this situation daily, Americans are removed from it; not just geographically but also mentally because the media is not giving this issue the attention it deserves. As a result, Rowberry feels it is important for Americans to travel and offer help at these refugee camps.

“It’s important for Americans to go there and see what’s happening on the ground,” she said.

While people are arriving everyday on European shores, they also are dying everyday in the Mediterranean Sea. Despite all the unimaginable hardships and turmoil the refugees face, Rowberry said everyone at the camps was remarkably hospitable and kind. She added as she interacted with people, they were not any different from friends, family or neighbors back home. Rowberry said they are educated, normal people caught in a horrible situation.

During her time in Ritsona, Rowberry grew close with Bassam Omar, a 20-year-old refugee from Qamishli, Syria, who humorously refers to himself as the King of Ritsona, given his lengthy stay of 14 months in the refugee camp. She said he fled his country to avoid being recruited by the Syrian Army. Omar made the long journey from Syria to Greece by himself and has no immediate family in Europe. Omar has gained asylum in Sweden. Given Omar’s lack of familial support and the expense of living in Sweden, Rowberry is raising funds to help him out once he arrives in Sweden.

Rowberry created a profile for Omar at DonorSee. People intersted in donating can access the profile at https://donorsee.com/project/868. Rowberry emphasized that 100 percent of the funds will go to Omar. Rowberry wants Omar to be able to have access to funds to cover basic living costs and if possible, put money toward his education. Rowberry remarked: “Here’s a kid who just wants to have a safe life, he just wants to be a normal 20 year old.”

Previously, Rowberry had done fundraising for the Ritsona camp and commented she received generous support. “The support was really wonderful,” she said. “People were really positive about it.”

The attitudes of Greeks toward the refugees was mixed, Rowberry said. Some volunteered at the camps and were willing to do whatever they could to help while others were not as supportive. Rowberry pointed out it is a complicated issue. Greece’s economy is suffering and it is already incredibly taxed. Gaining 60,000 refugees to an already difficult situation can breed animosity.

This is why interacting with residents at the camps is important. “They would see they (the refugees) are just normal people,” Rowberry said. 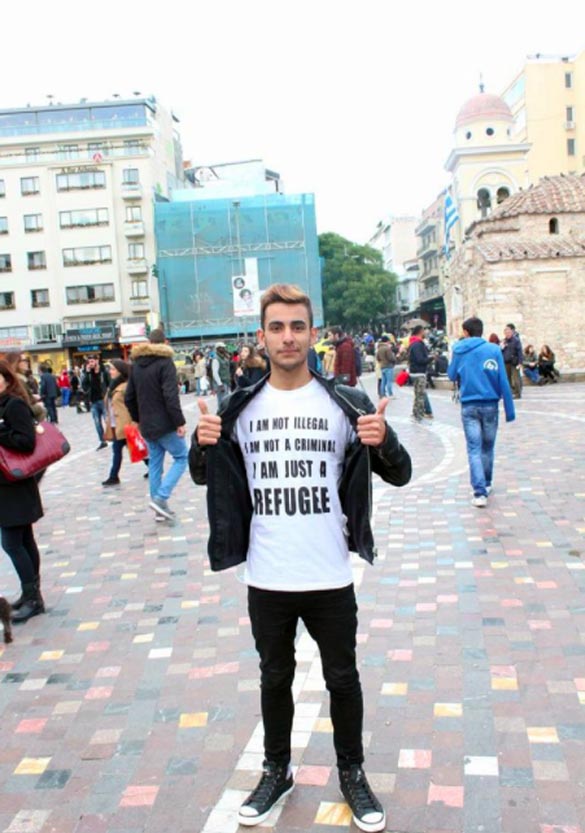 While working at refugee camps in Greece, Ariana Rowberry of Los Alamos met Bassam Omar, a 20-year-old Syrian who received asylum in Sweden after living for 14 months in Greece. She is currently raising money to help Omar once he arrives in Sweden. Courtesy Photo

Bassam Omar, who is 20 years old, fled his homecountry, Syria, to avoid being recruited into the army. Courtesy Photo