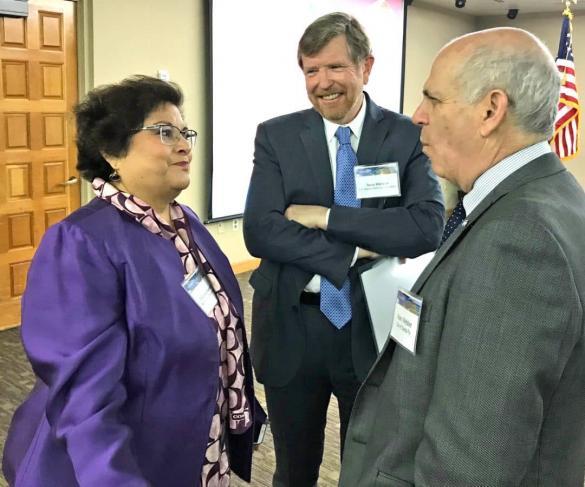 “I’m extremely both proud and humbled to be the director of Los Alamos National Laboratory. It is my home and it means a lot to me being a Northern New Mexican and to be able to come back to the world’s greatest national security laboratory anywhere and see friends, and to be able to be part of the community,” LANL Director Dr. Terry Wallace told those gathered Thursday at Santa Fe Community College for the LANL Community Leaders Breakfast.

“We often talk about Los Alamos in the abstract. It’s a laboratory! They do stuff up there! We don’t know what they do! They have aliens buried! But the fact is that for 75 years it has been part of the fabric of our community. In that 75 years more than 110,000 New Mexicans have worked in Los Alamos doing the work of national security. It is part of the fabric of who we are,” Wallace told attendees.

He explained that he graduated from Los Alamos High School, got his undergraduate degrees at New Mexico Institute of Mining and Technology and was a professor “somewhere else” for 20 years, but that he always got to work with Los Alamos and knew he would get to return 16 years ago.

“We’re 75 years in but we’re at the center of some extraordinary things that are happening around the country and the world, and some of these things are some great anxiety-producing events. But we’re here to do the business of that country in terms of national security,” he said.

Wallace said the technology change in humanity and in the world is greater since the millennia, 2000, than the rest of history.

“If you just look at the extraordinary changes that are there. In 2000, that was the birth of flash memory believe it or not. The smart phone, plus Wikipedia, plus flash memory put in everyone’s hand the ability to have access to information at an extraordinary rate. I refer to this as the rise of the individual. Every single person suddenly, and that is democracy, had access to all the information out there, with computational power people can’t even understand,” he said.

He said from information warfare, which is discussed in the news every day, to the fact that all this technology, available to everyone, gives rise to the non-state actors and ISIS.

“At the center of that is our sense of our national security and that’s the job of Los Alamos and all its employees. And so, the future may be unpredictable, but we will be there to try to work on those problems as we go forward,” Wallace said.

He said LANL has a mission that can’t wait.

Wallace said the LANL budget right now is quite healthy.

He said about 90 percent of the budget goes for national security and that it goes to fund the solution of problems that are really hard to solve. He said LANL is now in a period of time where people his age are leaving.

“And we’re unique in many ways. Not alone are we older so we’re seasoned, but some of us take a certain set of skills and knowledge that nobody else presently has. We haven’t done a good job necessarily of passing that on,” Wallace said. “I personally have looked at 1,700 different nuclear explosions, every other country’s and all ours. I don’t know if there’s anybody else that has done that. And I’ll be gone at some point. We have to hire to the workforce that can look into the future and can pull through the great part of the past. So, we’re going to be hiring thousands of people in the next couple of years.”

In conclusion, he said the community faces something extraordinary this year.

“At Los Alamos we’ve been measuring weather with some precision since 1942 and the winter for the Jemez, or at least for our weather stations, is the least amount of precipitation in our history. We’re four sigmas, unbelievably far from an average winter, and our precipitation in Los Alamos at our weather stations there is only one-tenth of a normal winter,” he said. “So, we know that we have extraordinary fire danger coming in the fire season outlook for the next month and a half.”

Wallace said LANL has taken on a lot of fire mitigation and is now more worried about a fire onsite than one coming back in. He added that everyone has probably seen that Santa Fe National Forest had already put their first set of restrictions in for activities and asked everyone to be vigilant.

“Unplanned demands are placed on the Lab. When North Korea does something, we get a call in Los Alamos, when something strange happens in Ukraine we get calls in Los Alamos. We can’t predict those. But that’s our job, so we must push the frontiers and the way we do that is science and engineering and everything that supports the science and engineering. We can’t succeed if we don’t have a good RCT, or a good technician or a good person doing the CFO or a good person doing the administrative work,” he said, and asked the community leaders gathered at the breakfast to help as LANL continues to protect the nation and move forward.

“The challenges to all of us are extraordinary,” Wallace said. 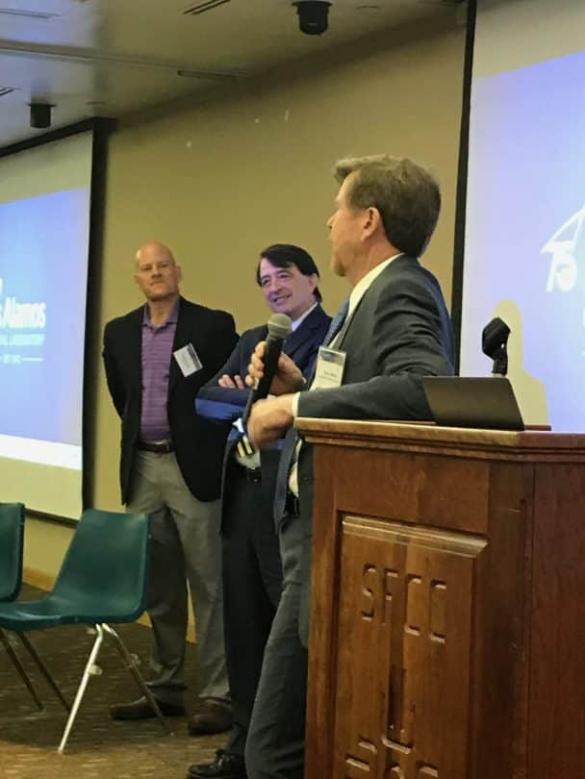 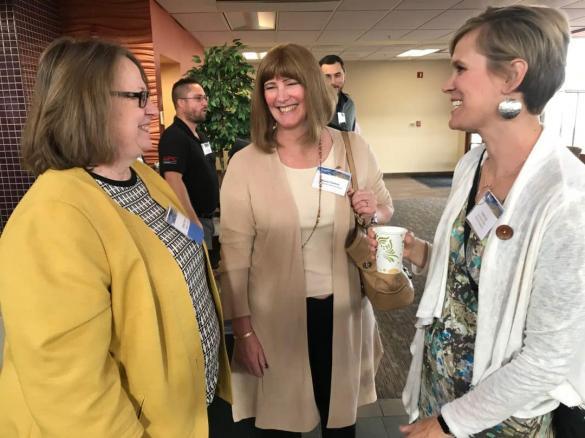 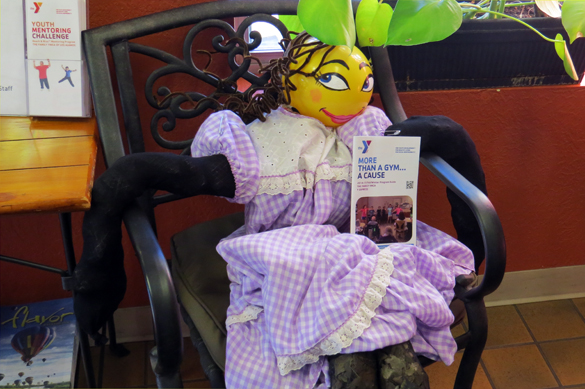 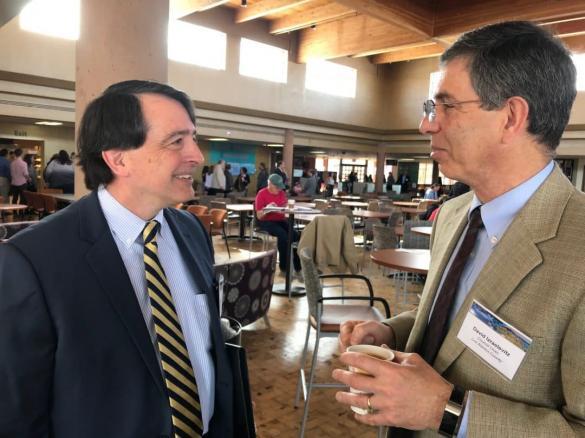 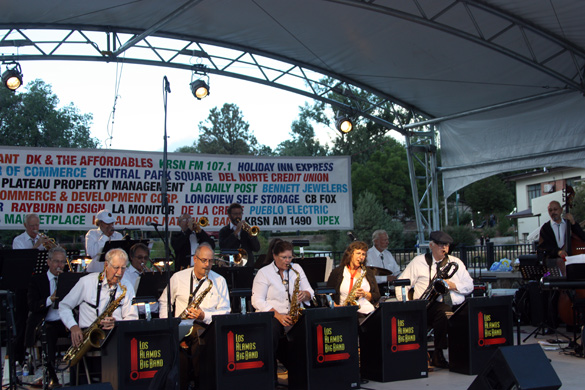 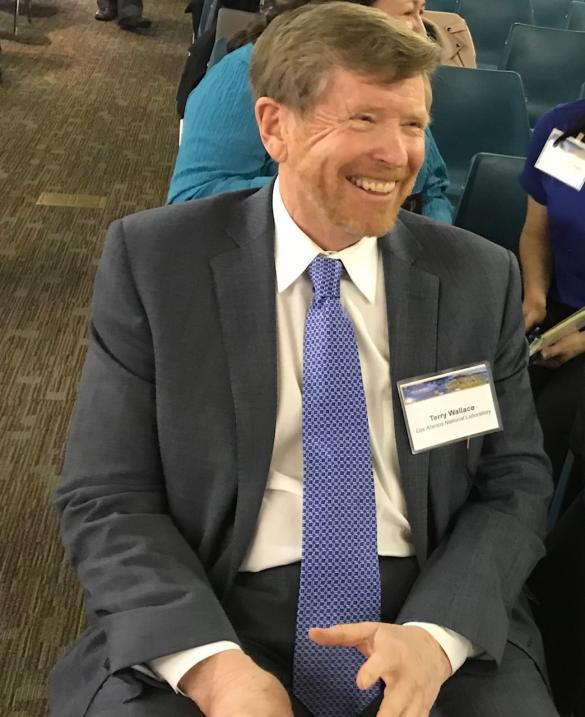 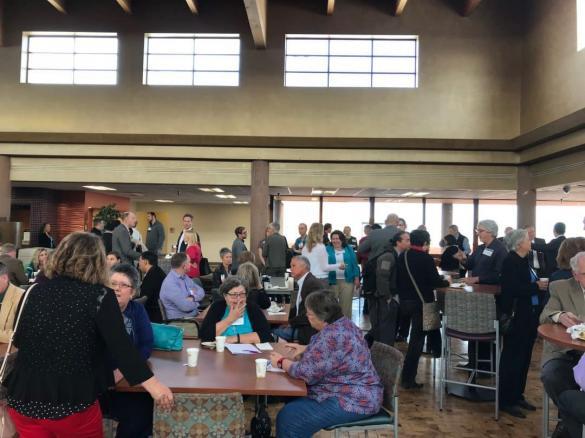 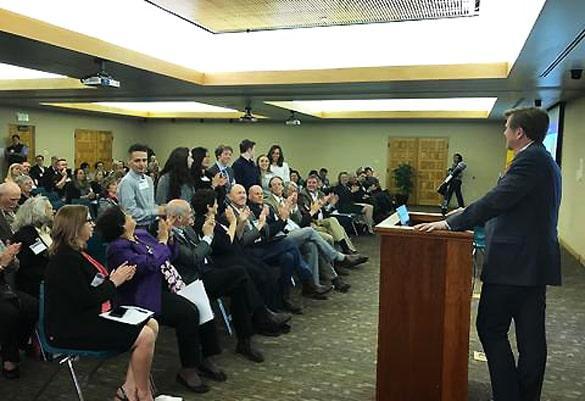 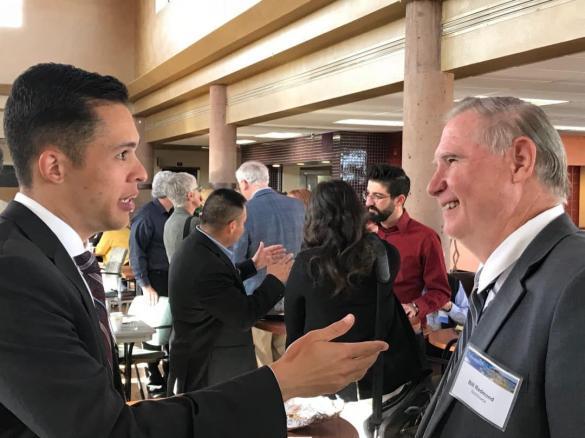