The Los Alamos National Laboratory Fellows list expands by five this week as a new group of high achievers is named.

“The sustained scientific excellence demonstrated by the work of Chris, Herb, John, Jaqueline and David exemplifies the outstanding people and capabilities we apply to today’s national security mission, and positions the Laboratory to be prepared to meet future challenges,” Laboratory Director Charlie McMillan said. “I applaud each of them for being recognized by their peers for considerable high level achievements and congratulate them for this very distinguished and honorable career milestone.”

The committee ranked this year’s nominations on the basis of:

The Fellows organization was established in 1981 and comprises technical staff members who have been appointed by the Laboratory director to the rank of Fellow in recognition of sustained outstanding contributions and exceptional promise for continued professional achievement. Fellows are limited to 2 percent of the Laboratory’s technical staff. They advise management on important issues, promote scientific achievement, and organize symposia and public lectures. The organization administers the annual Fellows Prize for Outstanding Research in Science or Engineering and the Fellows Prize for Outstanding Leadership in Science or Engineering. 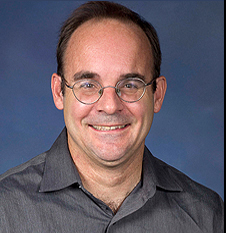 Christopher Fryer is a widely recognized authority in astrophysics and is an American Physical Society fellow, a former Feynman Fellow, and he has been at Los Alamos 15 years. He is recognized for his supernova core collapse modeling work, able to model, predict, and explain observations (e.g. from NASA’s Swift mission), which broke ground by moving to 3-dimensional modeling assimilation. He has made valuable contributions to aid NASA in defining future astrophysics missions, and he sustains a wide range of collaborations with broader physics facilities. He is also involved in nuclear stockpile science, extending computer code capabilities especially in the areas of verification and validation. 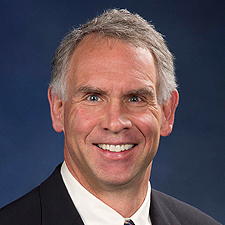 Herbert Funsten is recognized as a world-renowned experimental space scientist and has led science instruments on NASA’s Interstellar Boundary Explorer (IBEX) and Van Allen Probes missions and national security instruments on the DOE’s SABRS Validation Experiment (SAVE) and Space and Atmospheric Burst Reporting System (SABRS) payloads, while also participating in NASA’s Cassini, Two Wide-angle Imaging Neutral-atom Spectrometers (TWINS), Deep Space 1, Mars Odyssey, and Imager for Magnetopause-to-Aurora Global Exploration (IMAGE) missions. He has made outstanding contributions to heliophysics as the principal investigator on the Interstellar Boundary Explorer (IBEX) instrument that first discovered the “ribbon” of neutral atom emission from the Sun’s interaction with the interstellar medium. He has provided outstanding scientific leadership at Los Alamos as the Intelligence and Space Research Division chief scientist, former director of the Center for Space Science and Exploration, and dedicated service to the Laboratory Directed Research and Development program. He is also a recognized mentor, winning the Women’s Career Development Award. 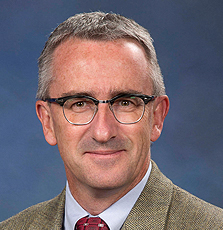 John Gordon has 18 years of distinguished service at Los Alamos where he has become an international leader in inorganic chemistry and chemical transformations. He has excelled in three disparate areas of inorganic chemistry; modern f-element chemistry, energy production and storage, and advances in conversion of biologically derived carbohydrates into chemical feedstocks and fuels. For his internationally recognized research, Gordon has been named a Fellow of the AAAS, a Fellow of the Royal Society of Chemistry and he also received a Los Alamos Fellows Prize for Leadership in Science. His research has resulted in fundamental discoveries, he has maintained a high level of achievements in programs important to the laboratory, and he has become a recognized international authority in his field. Gordon served as a group leader in the Chemistry Division before making a return to research in chemistry related to energy applications. He is also known for his strong mentorship, having served as mentor or co-mentor for 19 post-doctoral researchers, five of them becoming successful and independent Laboratory staff members. Gordon was recognized for this with a 2011 Exceptional Mentor Award. 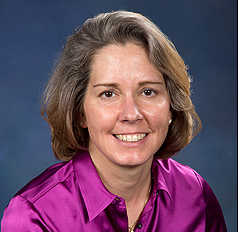 Jaqueline Kiplinger is a recognized pioneer in uranium and thorium chemistry, and her research has significantly expanded the broad understanding of actinide and lanthanide chemical bonding and reactivity. Her synthetic innovations, often accomplished through chemistry previously thought impossible, have been adopted by researchers around the world. For her internationally recognized work, Kiplinger has been named a Fellow of both the Royal Society of Chemistry (FRSC) and the American Association for the Advancement of Science (AAAS). She has received the Los Alamos Fellows Prize for Research, and most significantly, she was just awarded the American Chemical Society’s 2015 F. Albert Cotton Award in Synthetic Inorganic Chemistry. Kiplinger’s scientific achievements have been paralleled by her 15 years of dedicated service to the Laboratory. Her innovative “green” methods for preparing actinide materials have earned two R&D 100 Awards and two NNSA Best-in-Class Pollution Prevention Awards. Kiplinger’s sustained excellence in mentoring numerous students and postdocs has been recognized by Los Alamos’ Student Distinguished Mentor Award, STAR Award, and Postdoc Distinguished Mentor Award. 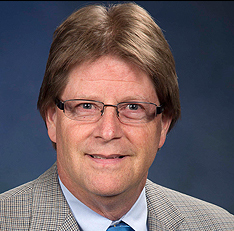 David Moore’s laser shock experiments have opened the field of materials at extremes in pressure and temperature to a wide range of researchers. He has made it possible to study shocked materials in research labs with tabletop lasers, as well as to use de minimus quantities of materials to map out their equations of state under extreme conditions. Moore has contributed also to the lab through a continuous record of community service through mentoring and committee work, exemplified by Fellowship in the American Physical Society and International Union of Pure and Applied Chemistry, as well as a Los Alamos Fellows Prize for Leadership. He has contributed to national security through his work on explosives detection and by his work with a team initiating the lab’s homemade explosives course. Moore has performed high-impact work on national security in both the weapons program and the threat reduction directorate.