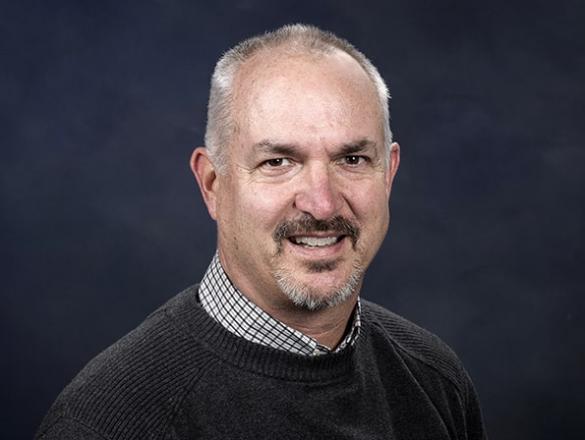 Kniss serves as the program architect of the infrastructure strategy for plutonium facilities at Los Alamos National Laboratory. Courtesy photo
LANL News:
Los Alamos National Laboratory named Brett Kniss a Laboratory Senior Fellow, one of only five senior fellows currently at the Laboratory. Kniss serves as the program architect of the infrastructure strategy for plutonium facilities at Los Alamos.
“The designation of Senior Fellow is in recognition of extraordinary service to Los Alamos’ mission,” Laboratory Director Terry C. Wallace, Jr. said. “Brett is one of the world’s leading experts on plutonium and plutonium processing and has been since working with Rocky Flats during the Cold War period. The contributions that Brett has made to our plutonium mission are often invisible to the larger Laboratory workforce, but his leadership and knowledge have been key to the nation’s ability to maintain a robust strategic deterrent through the stockpile stewardship program.”
In May, the U.S. government announced its plan for expanding the nation’s production of plutonium pits—the core of a nuclear weapon. The plan includes maintain full-scale pit production at Los Alamos National Laboratory to produce 30 pits per year, with a surge capability for more. This is the result of the government’s long-term analysis to determine how best to meet the recently released Nuclear Posture Review’s requirement to produce no fewer than 80 pits per year by 2030 in support of the nation’s strategic nuclear deterrent. Kniss plays a critical role in helping the Laboratory meet this goal.
“Throughout his career, Brett has proven to be an invaluable resource on all plutonium pit-related topics,” Robert Webster, who leads the Laboratory’s Weapons Programs said. “He is recognized for both his leadership and technical abilities in championing programs and initiatives to strengthen the plutonium mission in support of national security.”
Kniss, a 35-year veteran in the Department of Energy’s National Nuclear Security Administration complex, has a background in weapons manufacturing and nuclear facility planning. His early career was associated with nuclear weapons manufacturing at Pantex, Kansas City, as well as Rocky Flats, where he served as a manufacturing engineer for weapons engineering.
Over the past 25 years, Kniss has been associated with TA-55 and other plutonium facilities at Los Alamos. His responsibilities at TA-55 evolved from project manager on pit manufacturing, pit surveillance and special projects to program director for plutonium programs. Kniss is. He functions primarily as a systems engineer, balancing program requirements versus facility resources through the integrated nuclear planning process with a wide variety of customers and stakeholders.
Kniss has been awarded six distinguished performance awards by Los Alamos and five Defense Programs awards of excellence. He is the sole recipient of the NNSA distinguished associate award for re-establishing pit manufacturing at Los Alamos after the closure of the Rocky Flats plant.
Kniss holds a B.S. in Civil Engineering from the University of Wyoming and an M.S. in Mechanical Engineering from the University of Nevada.
About Los Alamos National Laboratory (www.lanl.gov)
Los Alamos National Laboratory, a multidisciplinary research institution engaged in strategic science on behalf of national security, is operated by Los Alamos National Security, LLC, a team composed of Bechtel National, the University of California, BWXT Government Group and URS, an AECOM company, for the Department of Energy’s National Nuclear Security Administration.
Los Alamos enhances national security by ensuring the safety and reliability of the U.S. nuclear stockpile, developing technologies to reduce threats from weapons of mass destruction and solving problems related to energy, environment, infrastructure, health and global security concerns.
Menu
LOS ALAMOS