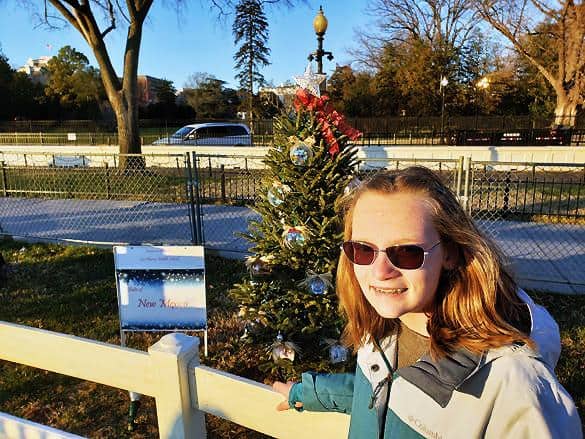 Los Alamos Middle School seventh-grader Lynzee Clay, whose ornament was selected along with 23 others to be displayed on a Christmas tree across from the White House, traveled to Washington, D.C. with her father Marc Clay recently to check out the display. Photo by Marc Clay 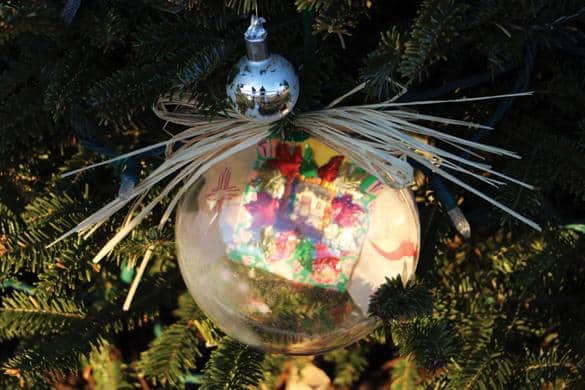 LAMS students made nichos boxes for their ornaments, which include paper folding, watercolors, collages and drawings. Photo by Marc Clay

Trees and ornaments representing all 50 U.S. states, five territories and the District of Columbia are featured in the President’s Park across from the White House.

The official lighting tree lighting ceremony Dec. 5 was a national affair that included President Donald Trump, his family, pop stars and other guests. Viewers here locally may have spotted some familiar looking decorations adorning one of the trees. That is because Los Alamos Middle School Art Teacher Lisa Fisher’s students hand-crafted the ornaments.

The National Park Service and National Park Foundation presents the tree lighting event, according to nationalparks.org. Every year, middle or high school classrooms across the U.S. are each invited to submit 24 ornaments to be displayed.

In October Vicki Breen, the art education representative in the New Mexico Department Public Education, reached out to Fisher and invited her and her students to take part in the program. Fisher said she had all her students create ornaments but ultimately, she selected the 24 that would hang from the tree.

The students created nicho boxes, which involved paper folding, watercolor, drawing and collages, Fisher said. Nicho boxes originated in Mexico, she said. Traditionally, they are wood boxes that depict religious icons but nichos have evolved to showcase whatever the artist considers special. In her student’s nichos, different aspects of New Mexico’s culture were represented such as the Zia symbol, the state’s official plant, bird and animal, as well as popular landscapes. Fisher also tied a real red chile to each ornament using ristra.

She said her students really enjoyed the project.

“They had a really nice time doing it,” Fisher said. “They were very happy to represent their state.”

Being that this was happening outside their community, across the country, at the U.S. Capitol, Fisher said there was some disconnect for the middle school students. However, seeing pictures of their ornaments on display, Fisher said, “they felt very proud of themselves … it’s kind of a big deal. It’s special for them to be a part of something bigger than themselves.”

As for Fisher, she said she enjoyed the challenge the project presented her.

“I like creative problem-solving – how do you represent a state and capture the people, the culture … how do you encompass the entire culture in an ornament,” she said.

The ornaments were sent in November and are on display through December. Fisher said the ornaments will not be returned; she doesn’t know what will happen to them.

According to nationalparks.org, the National Christmas Tree is in its 57th year. The centerpiece is a 30-foot Colorado Blue Spruce with the 56 smaller trees surrounding it. 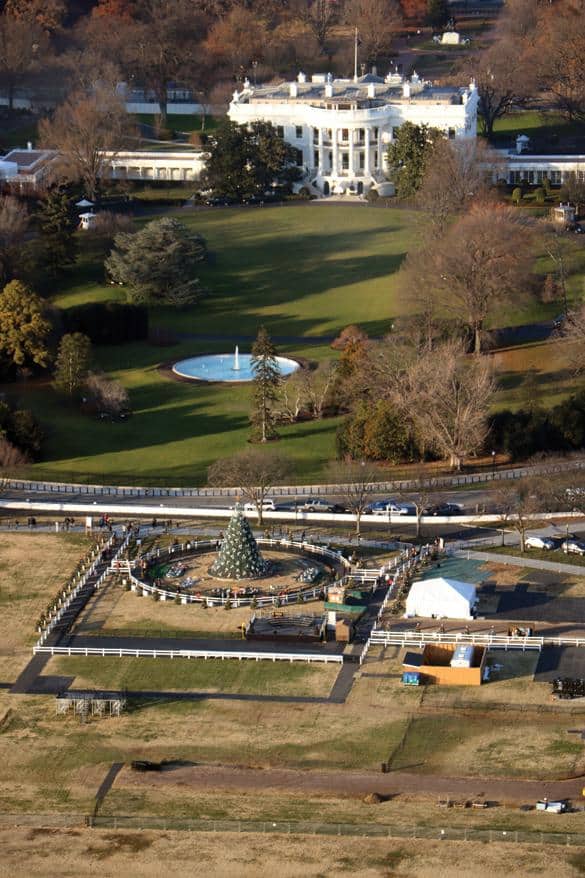 A bird’s eye view of the display. Photo by Marc Clay 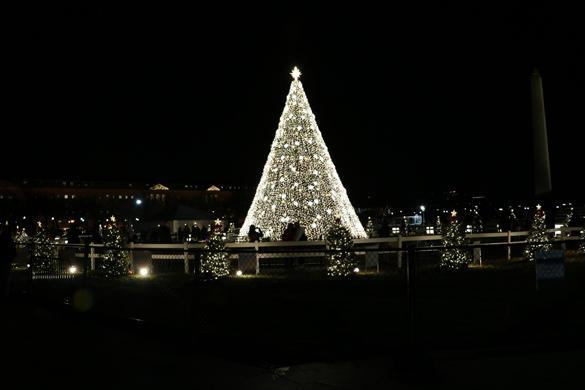 A scene from the lighting ceremony. Photo by Marc Clay