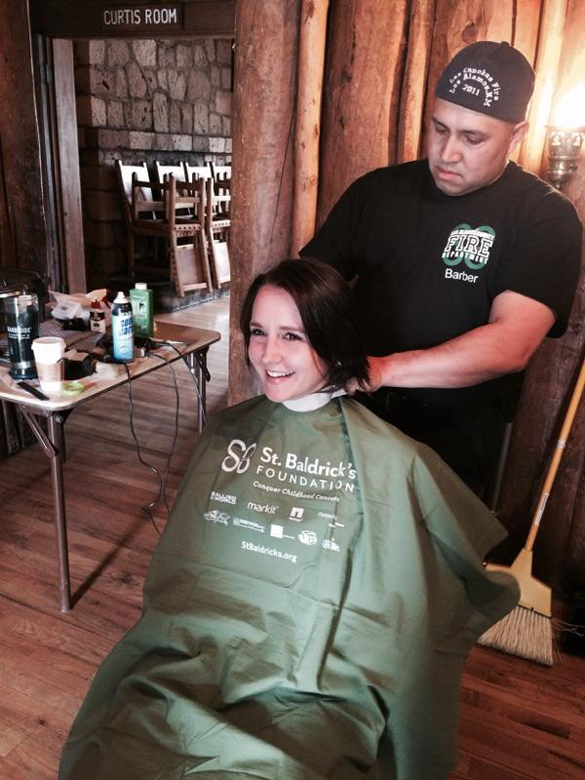 More elective classes are being offered at Los Alamos Middle for the 2017-2018 school year than ever before, Principal Mike Johnson said Monday. He said incoming seventh and eighth graders are excited about classes in Astronomy, Introduction to Computer Science, Introduction to French and German, Jazz Band, and particularly Introduction to Forensics.

Two Introduction to Forensics classes will be led by Sarah Szymanski-Blom and Bianca Enriquez, covering the basic techniques forensic scientists use to help to prove someone’s guilt or innocence. The students will experience hands-on learning environments, problem-based learning and how to report and present their findings. Forensics 1 and Forensics 2 classes offered at Los Alamos High School will later provide an opportunity for the students to follow on with their forensics studies.

Astronomy also proved popular enough to have two classes led by Szymanski-Blom. Described as, “Astronomy to Astrophysics and everything in between”, the course will introduce where the universe came from, what makes up outer space and how these systems interact.

“The students are very excited about the Astronomy class,” Johnson said. “It will cover some astrophysics, geology, astrobiology and more. It will introduce the students to some potential career paths.”

The Introduction to Computer Science is the most advanced of two computer classes offered at LAMS, Johnson said.

“This class will focus on creativity and an interactive design process and students will get to create their own basic applications using MIT App Inventor,” he said.

The Introduction to French and German class is just that; nine weeks of French and nine weeks of German. This course does not offer high school credit, but promises to familiarize students with the basics of both languages and prepare them to make an informed choice as to what language they wish to study in high school. The class provides an opportunity to “travel through” French- and German-speaking countries, and learn such basics as how to greet others, make simple purchases and order food in a restaurant.

Band and orchestra students as well as guitar and piano players are excited about the new Jazz Band classes, which will meet before school twice per week. Led by Ryan Finn, the two bands are slated to travel for an overnight retreat and compete in the Albuquerque Jazz Festival.

Johnson also is excited about two programs offered at LAMS. The Aerie Academy is an online blended learning environment for students with unique learning needs.

“Some students have a strong desire to learn, but for one reason or another struggle to get homework done on time or to demonstrate proficiency on tests or quizzes, The Aerie Academy works really well for these students,” he said. “It also works well for students needing advanced or accelerated courses in science, math, or a foreign language not currently offered at LAMS.”

A teacher works in the room with the students, monitoring the progress of the students, modifying the courses if needed, and grades the assignments. Aerie classes cover all Common Core and New Mexico Public Education Department standards and benchmarks and are completed online using a variety of multimedia resources.

The second program is Advancement Via Individual Determination or AVID, an academic elective course that prepares students for college. Students are tutored in groups by volunteers from the community. Timothy Orcutt, an employee benefits specialist at Los Alamos National Laboratory, helps out with the AVID program once a week.

“AVID is a great program and unlike conventional tutoring, its goal is not to give the child the answer but to help them find the answer on their own,” Orcutt said. “They develop critical thinking skills and the adult is the facilitator.”

He said there are about 18 students in the class along with one or two volunteers and the instructor, so there are usually two groups. Among the skills taught to AVID students is how to have a note-taking regimen that is organized and meaningful, Orcutt said.

“I think the AVID students look forward to the opportunity to work in an unconventional way,” he said. “They seem to have matured and to be more engaged.”

LAMS now has a Saturday School program similar to the one at LAHS, allowing many students take advantage of the four-hour timeframe to catch up on homework, past-due assignments and tests that they have missed in the prior week.

“Some students like to get ahead on work for the coming week,” Johnson said. “Others come before major tests to review notes and study or to take advantage of one-on-one tutoring from teachers or their peers.”

As for what’s new on the horizon for LAMS, Johnson said a good group of teachers is working on a new bell schedule for next year, which will include a homework/academic time for students. They have two options in mind and will chose whichever one works with the high school, transportation issues, etc.

“Our numbers are growing,” Johnson said. “We have about 630 students registered for next year and will probably have more show up before school begins.”