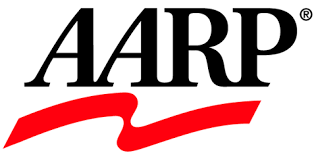 Those looking for a great place to live should consider Los Alamos, according to AARP’s Livability Index, a new online tool being launched Monday. The goal of the index is to communities better serve everyone, including the aging population.

Those interested in relocating might also  consider a neighborhood in Madison, Wis., called Mifflin West; the Upper West Side of Manhattan or Downtown Crossing in Boston. The other top 10 most livable U.S. neighborhoods, are South of Market, San Francisco; Washburn, La Crosse, Wis.; downtown, Sioux Falls, S.D.; Southside, Virginia, Minn.; downtown, Bismarck, N.D.; and downtown, Seattle; downtown according to an article in the May issue of AARP Bulletin.

The ranking is based on how these neighborhoods scored on the AARP Livability Index. The index compares more than 200,000 neighborhoods across the country using numerous factors in seven categories including housing, health, environment, neighborhood (proximity to jobs), transportation (options, congestion, costs), engagement (social and civil involvement) and opportunities (jobs).

The criteria didn’t include weather because people’s preferences are vastly different, accroding to Rodney Harrell, director of Livable Communities in AARP’s Public Policy Institute. “You can’t change the weather in Miami or Anchorage, but you could make the communities better,” he said.

The tool can help city planners, local officials and others who want to improve their cities so people can age in place, which is what most older adults want to do, Harrell said. The group has expanded the definition of aging in place to include people either remaining in their home or staying in the same community in other possible housing options.

As the population ages, it’s in every community’s best interest to close the gap “between what older people want and what is being offered,” he said

The index was created with input from more than 30 academic and public policy experts as well as a survey of 4,500 people 50 and older.