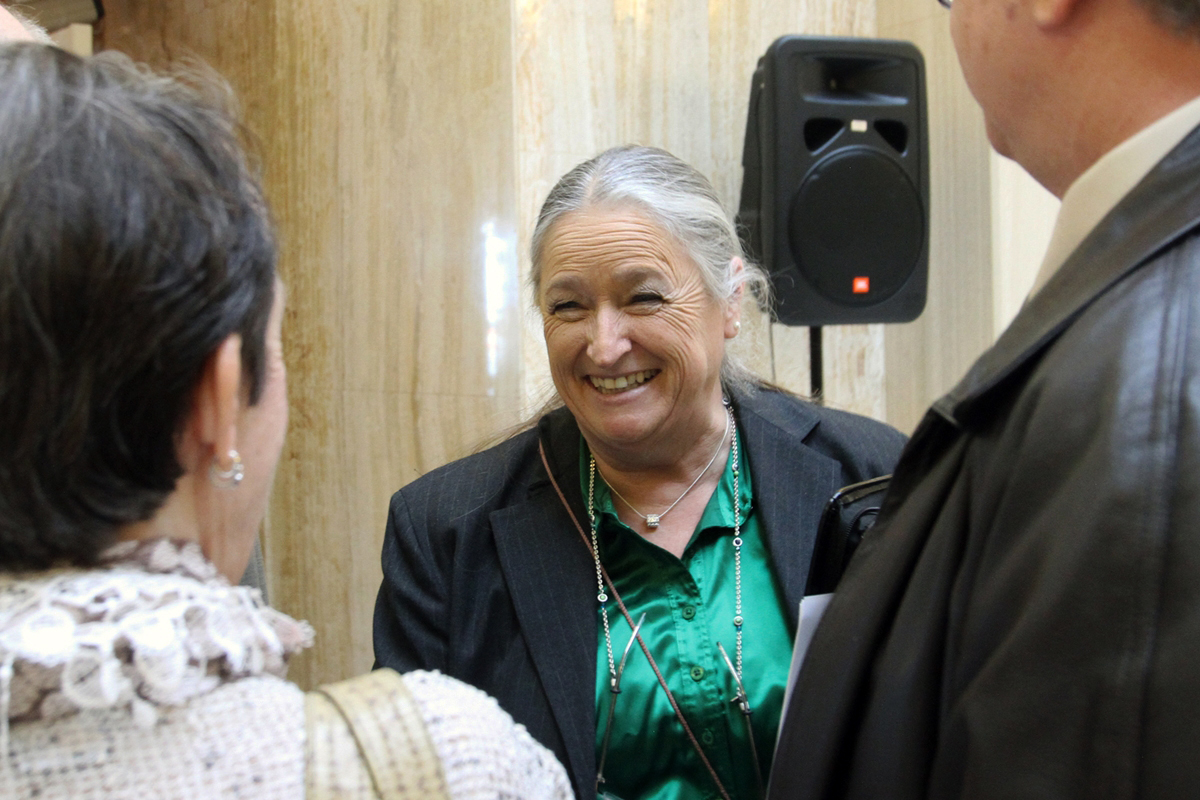 Los Alamos Magistrate Court Judge Pat Casados seemed relieved that the legislative session was over as she headed to court Monday morning. She has been spending two to three days a week at the Roundhouse in Santa Fe representing the judiciary and in particular the New Mexico Magistrate Judges Association.

Casados has served on the bench since 2003 and was elected president of the association last September.

“I make sure the Magistrate Court Docket is cleared,” she said. “And I can do things telephonically and by video at Santa Fe so I don’t neglect my docket.”

“We try to make sure the judiciary is fully-funded to adequately serve the people of New Mexico,” she said.

This year, judges from Las Cruces, Clayton, Roy, Belen, Moriarty, Santa Rosa, Raton and Las Lunas attended the legislature and all judges remained on call in case they were needed to lobby their own legislators on particular bills.

A typical day for Casados started with an early morning staff meeting with discussion of what happened the day before and what was expected to happen that day.

“We would decide who we’d like to talk to or who we’d like to sponsor a bill, then we’d hit the marble running,” she said. “We would pass out information and talking points, trying to hit all the members of any committee that were going to be hearing our bills.”

Casados normally dealt with the House Judiciary and House Finance committees but occasionally with one of the other committees. She praised Sen. Richard Martinez, Sen. Carlos Cisneros and Rep. Stephanie Garcia Richard saying they were always willing to listen, adding that Martinez is a former Magistrate judge so he understands the issues quite well.

“You always sweat to see if you get any bills on Gov. Susana Martinez’ desk and if she’ll sign them,” Casados said. “April 7 is the last day for our bills to go through.”

She said there was one “sad but necessary” bill signed this year, which closed Circuit Courts in Questa and Quemado for financial reasons. Los Alamos Magistrate Court falls under the Administrative Office of Courts budget.  Casados said the association lobbied for not paying jurors unless they traveled more than 40 miles to court.

“Courts do need the money. We are in the hole. All the legislators understand that the judiciary is on life support. It affects the people who come to my court window, it affects the businesses that have a civil suit or need a civil suit, and it has affected the juries. There was a worry that we would have to stop juries from Mar. 1, but we got emergency money to cover them until the end of June,, she said.

Casados said that she tried hard to go with a smile, but it was very tense this year with no money.

“I love doing it, but it’s frustrating. It’s rewarding and it’s tiring but I like watching the people and I like knowing how New Mexico works,” she said. “I like doing the lobbying, but I don’t know if I’d like it as much if I didn’t have the judiciary behind me!”